Javier Tebas is preparing a report for UEFA after concerns that the money spent by clubs in the English top flight is inflating transfer fees across Europe.

The LaLiga president fears that the Premier League’s record spending of nearly £2billion pounds is a danger to ‘sustainable European football’, and as such has begun a written report to the governing body.

Whilst clubs in the English top flight racked up an enormous bill of almost £2b spent on players, Tebas’ LaLiga clubs ranked behind Serie A and Ligue 1 for expenditure with just ‘£404million’.

The 60-year-old said: ‘Premier League revenues are 1.8 times more than LaLiga or Bundesliga but this negative amount is 20 times more than the Spanish league which has very good financial control.

‘Something doesn’t make sense there, so what’s happening? There’s a lot of chequebooks coming out from clubs like Manchester City that sign a certain amount of players. Even the Championship lost €3bn over five years. The contributions of capital from club owners from Premier League clubs to compensate losses compared to LaLiga.

‘There were €277m in capital increases in La Liga. €2376m in Premier League which are contributions and loans provided. In the Championship it was €1385m. It would be normal if they signed twice as many players but they have spent much more than even that. This can only be possible if the owners get out their chequebooks and these are different models. 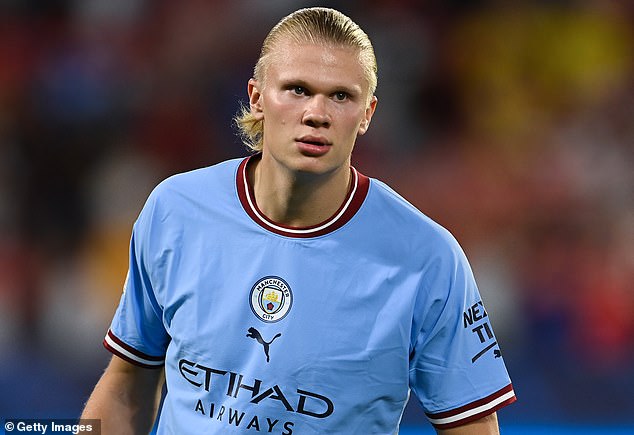 ‘I know the Premier League has a model to limit losses to £108m, do we want unsustainable models? What happens if the owners stop spending the money? We could let the sheiks and big companies come in here to buy out clubs. PSG can get more gas whenever they need to buy more players or use a related business. 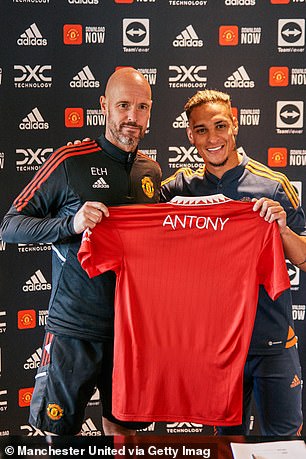 Manchester United’s Antony was signed for a stunning £82million

‘The football industry has changed and there’s much more money. If there’s no control then we could endanger the industry itself. The two competitions that are the most sustainable are LaLiga and the Bundesliga and we have to really fight for sustainability.

’10 years ago we weren’t like the Bundesliga but we are now. We’re going to put all this to UEFA and it is important for all the other European leagues as we want sustainable European football.’

In the last transfer window, Barcelona were the only Spanish outfit to feature in the top 20 list of highest-spending clubs, but the strict Financial Fair Play rules of LaLiga have proven costly for the Blaugrana.

In order to comply with Tebas’ restrictions, they were forced into selling several merchandising assets in an attempt to balance the books and sign all seven of the signings they made this summer.

The 60-year-old has often found himself in the limelight, having consistently spoken out against the lavish spending of Manchester City and PSG, whilst also controversially claiming that LaLiga matches can take place outside of Spain in an attempt to increase the division’s profile overseas. 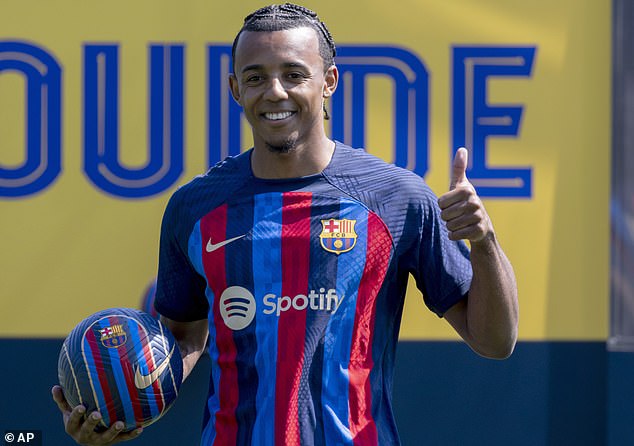