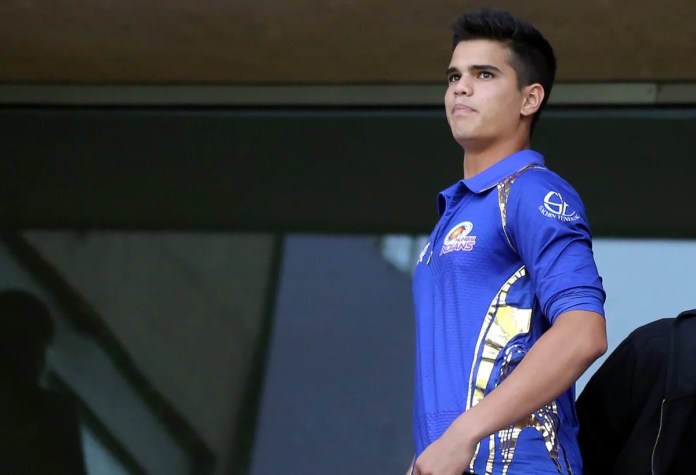 GT vs MI Live: Arjun Tendulkar IPL debut- Mumbai Indians head coach Mahela Jayawardene has fuelled the rumours of Arjun Tendulkar making his MI debut during his press conference before the game against Gujarat Titans. The five-time champions have teased his first appearance in Blue throughout the season and with MI now crashing out of the playoffs race, the all-rounder could be afforded an opportunity in the playing XI. Follow InsideSport.IN for GT vs MI LIVE Updates and IPL 2022 LIVE Updates.

Arjun Tendulkar IPL debut- So far MI management have used a few youngsters like Hrithik Shokeen, and Kumar Kartikey. But, one name that is still to get his maiden IPL cap is Arjun Tendulkar, son of former Indian cricketer Sachin Tendulkar.

GT vs MI Live Updates: Arjun Tendulkar IPL debut – Responding to questions during a media conference on the eve of MI’s fixture against Gujarat Titans, head coach Mahela Jayawardene shared his thoughts on the possibility of the side handing a debut to Arjun Tendulkar.

“Well, I think everyone is the squad is an option. We will see how things go. It is about match-ups and how we can win the matches and our priority is to make sure that we get the right match-ups.”

“Every game is a confidence thing, we managed to get our first win and it is about stringing wins together and get the confidence back. It is about putting the best guys in the park. If Arjun is one of them, then we will consider it, yes, but it all depends on the combination that we put out,” Mahela Jayawardene said.

IPL 2022 Live: Arjun Tendulkar IPL debut In a recent video posted by MI on their social platforms, from their net session ahead of GT game, Arjun Tendulkar was also spotted bowling in the nets. Jayawardene had mentioned that they are going to put their best out on the field in order to gear up for the next season and if Arjun Tendulkar there is a chance of the cards for the youngster to earn his maiden IPL appearance.