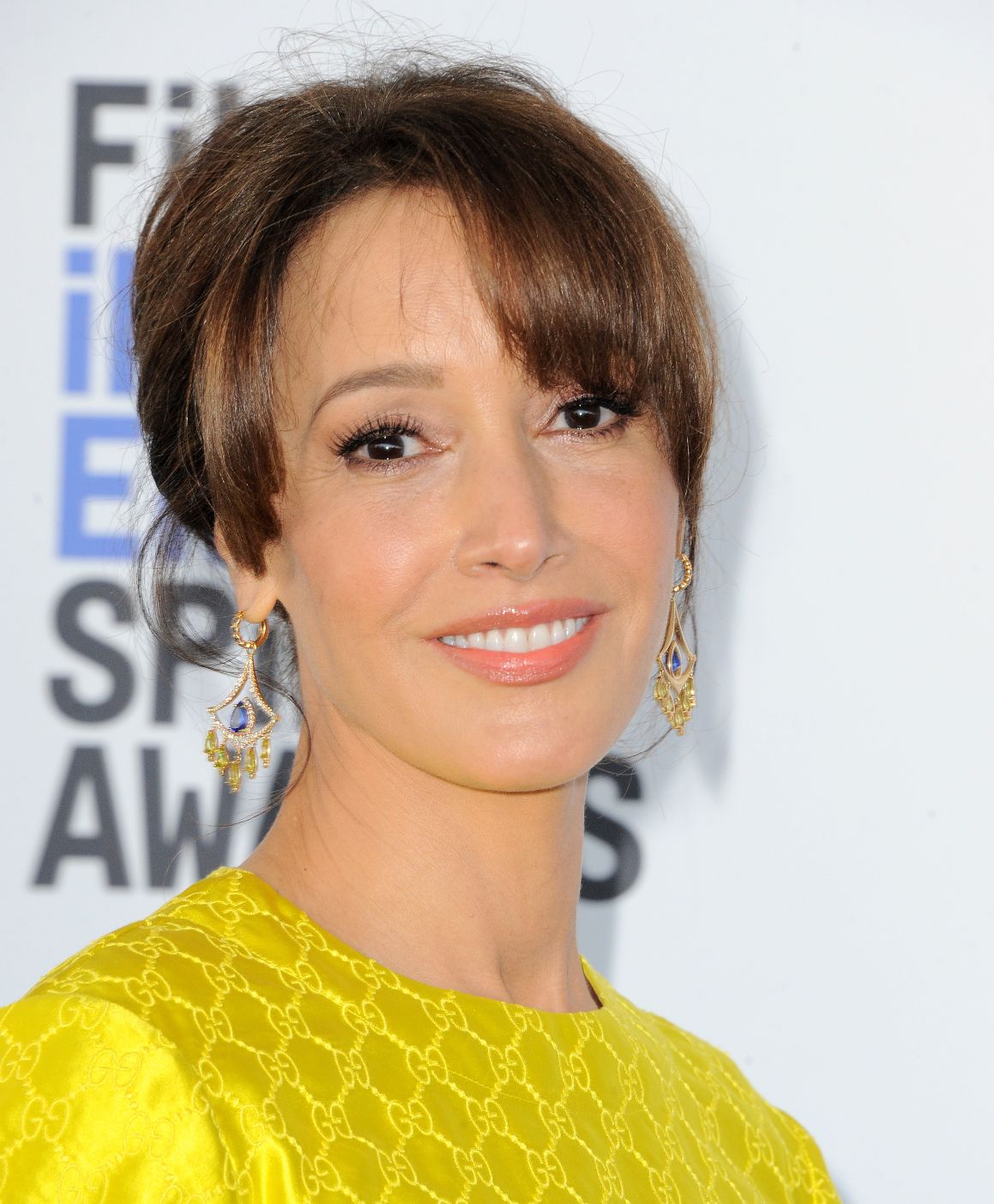 Actress Jennifer Beals showed her support for Ukraine on the red carpet on Sunday for the 2022 Independent Spirit Awards in Santa Monica, Calif.

Beals is one of many stars and brands standing up in support of Ukraine as they fight against a Russian invasion. Beals showed up to the carpet in a Gucci yellow and blue two-piece outfit. The blue and yellow pay homage to Ukraine’s flag, a symbol of hope to many in these trying times. She paired the yellow and blue set with a clutch and metallic gold pointed-toe shoes set on pyramid heels. The star kept her makeup fresh and her hair in a short chic cut close to her head.

Many fashion brands are coming together for Ukraine, showing support during fashion month through shows and show notes. Georgian-born designer Demna of Balenciaga dedicated his fall 2022 runway show to the people of Ukraine, writing in a note to show-goers, “The war in Ukraine has triggered the pain of a past trauma I have carried in me since 1993 when the same thing happened in my country and I became a forever refugee.” Demna continued, “Forever, because that’s something that stays in you. The fear, the desperation, the realization that no one wants you.”

Red carpets have a history of serving as a platform for political and social statements, from the “Me Too” movement to AIDS awareness. Fashion has always been a landscape through which designers and celebrities alike can share their thoughts on the social and political discourse surrounding them. Just like Beals, many celebrities over the years have used their clothing to take a stance on topics to create change within an industry.