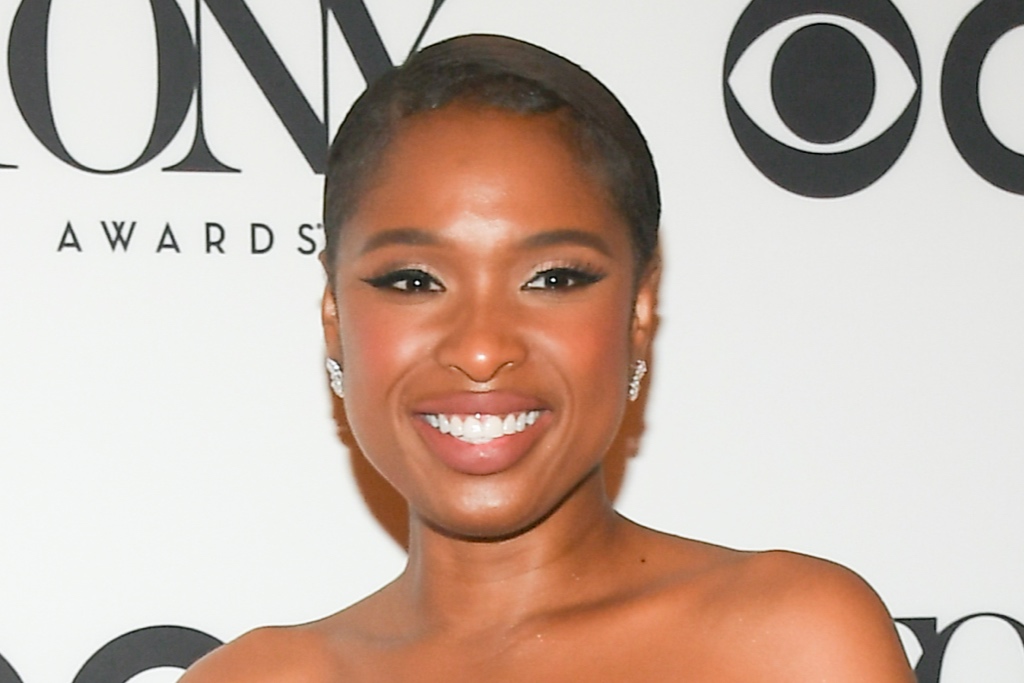 Jennifer Hudson is officially an EGOT winner. The star achieved one of the top entertainment industry honors last night at the 2022 Tony Awards, winning the trophy for Best Musical as a producer for “A Strange Loop” — and cementing her accomplishment of winning all four major American entertainment awards (Emmy, Grammy, Oscar and Tony). She’s only the 17th person to do so.

While arriving on the red carpet at Radio City Music Hall — and later, accepting her award — the “Respect” star sparkled in a black Pamella Roland gown. Hailing from the New York-based designer’s Spring 2022 collection, the sharp number featured a bodycon silhouette with a draped hemline and delicate off-the-shoulder sleeves. Adding a burst of bold glamour was a bust covered in abstract crystal embellishments, creating an elegant two-tone appearance. Two delicate bracelets, diamond stud earrings and a sparkling diamond cocktail ring completed the “Sex and the City” actress’ ensemble.

Completing the Hudson’s outfit was a set of classic black pumps. Her style, though mostly hidden beneath her gown, featured a pointed-toe silhouette crafted from smooth leather. Finishing the pair was likely a set of stiletto heels totaling 3-4 inches in height, though the set was covered by her gown’s hemline.

The Tony Awards 2022, which celebrate the top theater performances on Broadway, are held at Radio City Music Hall in New York City and air on CBS. The ceremony, hosted by Ariana DeBose, was preceded by “The Tony Awards: Act One” on Paramount+, which introduced special performances. The top nominations were led by “A Strange Loop (11), followed by “MJ” and “Paradise Square” with 10 nominations each, “Company” (9) and “The Lehman Trilogy” (8). The evening included performances from all six nominated shows for Best Musical (“Six,” “Paradise Square,” “MJ,” “Mr. Saturday Night,” “Girl From the North Country” and “A Strange Loop”), as well as “Company” and “The Music Man” revivals and Billy Porter, Bernadette Peters, The New York City Gay Men’s Chorus, and the original Broadway cast of 2007’s “Spring Awakening.”

In addition to the program’s traditional “In Memoriam” segment, the broadcast also included a tribute to the understudies and swings who worked throughout the 2021 Broadway season. Among the star-studded array of presenters were Andrew Garfield, Bowen Yang, Jessica Chastain, Cynthia Erivo, Vanessa Hudgens and Paris and Prince Jackson.