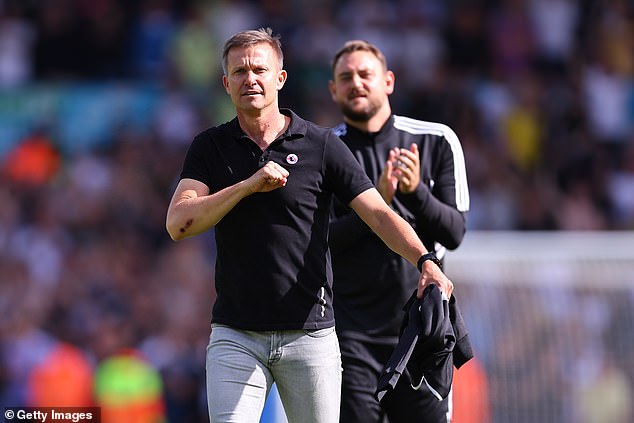 Jesse Marsch paraded around the pitch at full time, beating his chest, punching the air and whirling his jumper above his head.

Later, in his post-match press conference, the Leeds boss said some fans probably still hate him. But the way they sang his name during his impromptu lap of honour suggested otherwise.

This was surely the day Marsch won over even the most sceptical supporters at Elland Road. What a contrast this atmosphere was from the last time Chelsea visited in May. 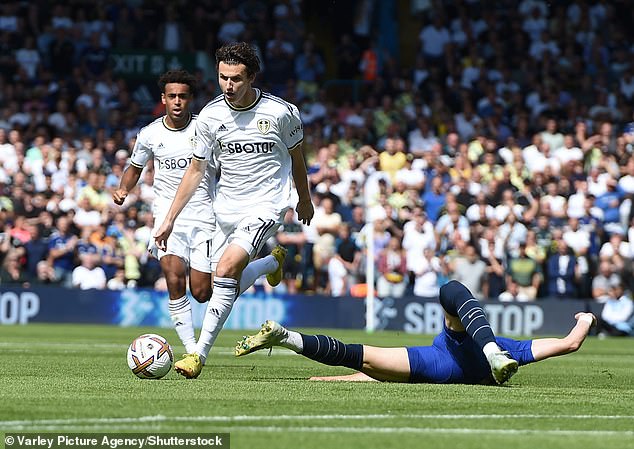 Then, the mood was bleak as Marsch’s ramshackle side conceded within four minutes, had Dan James sent off 20 minutes later and slumped to a 3-0 defeat.

It was a third straight loss which left Leeds in the drop zone with two games to go and fans resigned to relegation. Marsch had only been in the job 10 weeks but, had the Whites not somehow scraped to survival on the final day, he may not have seen out the summer. 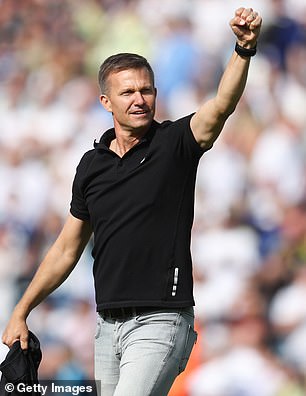 Well, what a difference three months makes as Marsch stood loud and proud yesterday after overseeing an exact reversal of that result from May.

‘There are probably still a lot of doubts about me,’ admitted the American. ‘There are people that hate me and people that like me. That is OK, that is normal. But I love it here. I love our fans and our club. You have to enjoy it.’

Last season, Leeds lost all 12 matches against top-six teams, conceding 47 goals in the process. It was after one of those heavy defeats — a 4-0 home thumping by Tottenham — that Marsch’s predecessor Marcelo Bielsa lost his job.

But despite that wretched record against the big boys, Marsch boldly claimed pre-match that his men could cause ‘havoc’ against Chelsea. That was exactly what they did to register their first win over the Blues for 20 years.

It is doubtful even Marsch could have envisaged the start of this season going so well. After all, he lost his two best players in the summer — Raphinha and Kalvin Phillips — and he was without his captain Liam Cooper and star striker Patrick Bamford on Sunday. 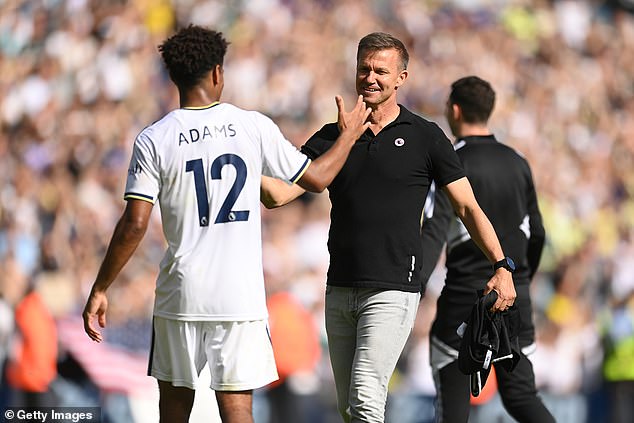 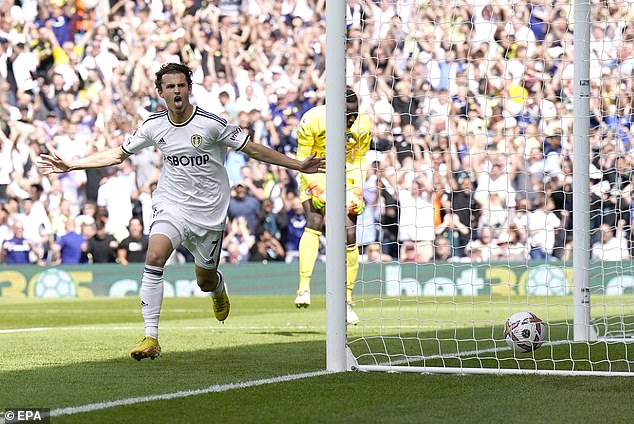 Yet Marsch clearly used his first full pre-season to get his message across after last term’s firefighting exercise, when there seemed to be no method amid the madness.

Against Chelsea, Leeds looked a well-drilled, well-oiled machine, stunning their opponents with a pressing plan that worked to perfection as they moved into the Champions League places.

Marsch described it as a ‘complete performance’ and he was right, with every man playing his part.

Leeds’ new defensive midfield pair of Tyler Adams and Marc Roca snapped at the heels of Chelsea’s forwards, not giving them an inch. In the final third, James, Jack Harrison and summer signing Brenden Aaronson ran the Blues ragged. 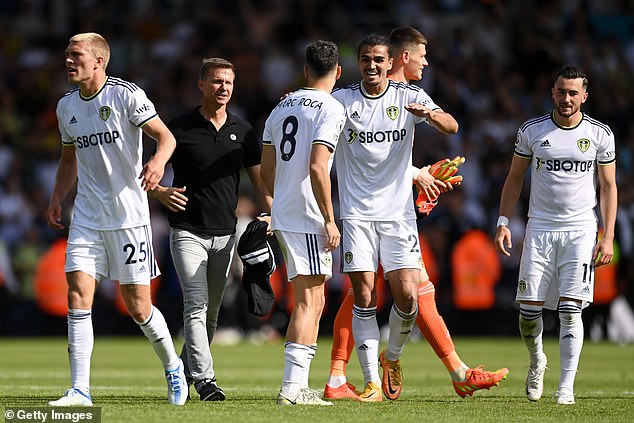 ‘He is in the form of his life,’ said Marsch. ‘We have a bunch of guys playing at a really high level.

‘I could sense before the game that there was no fear. Last year, every game there was fear. The team has to represent the identity of the club and the fanbase and they are never out-worked and never out-run.

‘Against a top opponent, we were able to do that. It is rewarding and gives us momentum.’