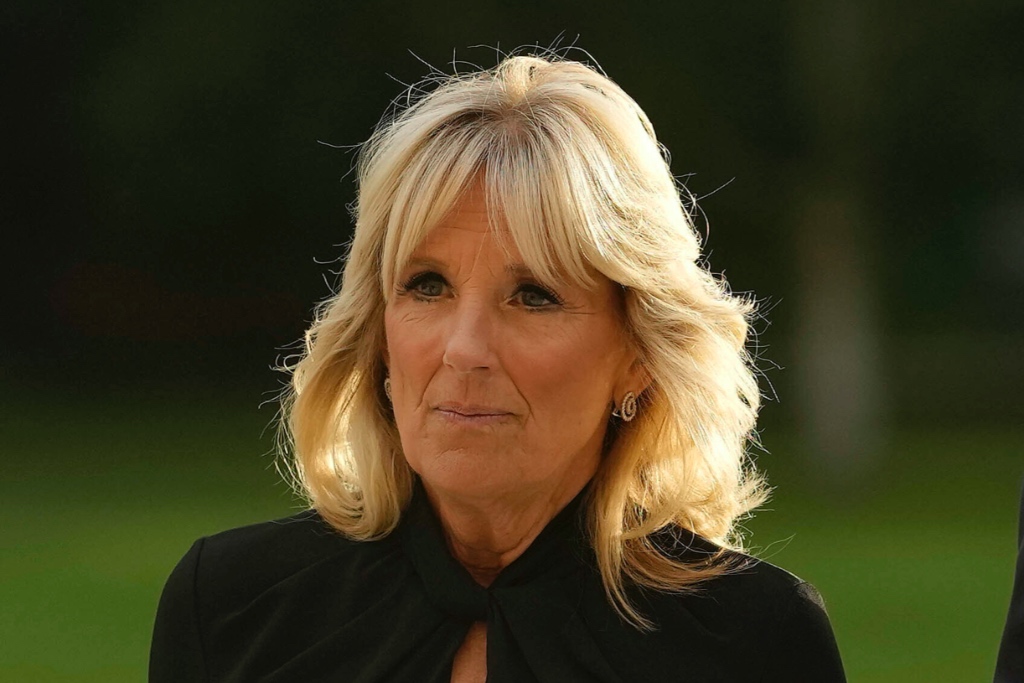 First Lady Jill Biden was formally dressed while arriving with President Joe Biden for the funeral of Queen Elizabeth II. The occasion will take place on Monday.

While signing a book of condolence on Sunday, Biden wore a dark gray satin coat accented by a large bow at its neckline. Completing her ensemble were round diamond-accented stud earrings. The President was  also properly dressed for the occasion in a black suit.

Following their signing of the book, the pair attended a State Reception for Heads of State — an occasion for foreign heads of state and visiting overseas guests who will attend Queen Elizabeth II’s state funeral. When Biden removed her coat, it was seen that she appropriately wore a black long-sleeved dress, tights and pumps for the occasion. A gold bracelet and her wedding ring were also visible.

Queen Elizabeth II‘s funeral began with a procession of her coffin on a gun carriage. Following the procession, she will lay until the morning of her funeral. During the ceremonies of her funeral, all members of the royal family are required to wear military uniforms; the only exceptions to this rule are non-working royal Prince Andrew, who will only wear one as a mark of respect at the Queen’s final funeral vigil, according to Harper’s Bazaar.

Buckingham Palace said that the Queen’s state funeral will take place on Sept. 19 at 11 a.m.