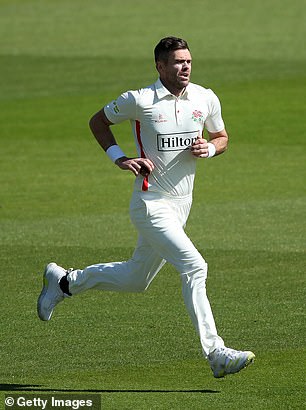 Jimmy Anderson went wicketless for Lancashire on Thursday as he entered a 21st first-class season that he hopes includes a recall to England’s Test team.

The 39-year-old began with an uncharacteristic blemish when he sent down a huge wide first ball but was soon back to his parsimonious best, helping the hosts alter the momentum of the opening day between two of Division One’s newly-promoted teams.

James Taylor, one of the selectors who axed England’s most prolific bowler and his sidekick Stuart Broad earlier this year, was at Emirates Old Trafford to witness the performance as Lancashire countered Gloucestershire’s pre-lunch dominance by bowling dry – Anderson conceded just nine runs across eight overs in his third and fourth spells to finish with figures of 16-7-30-0. 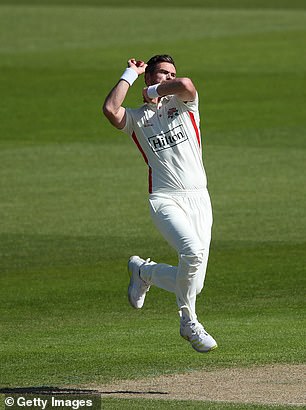 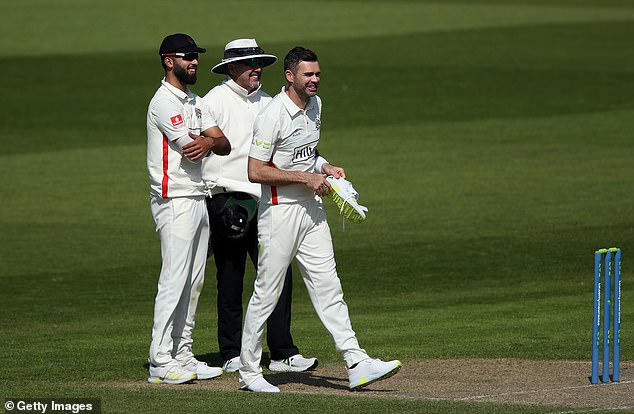 Gloucestershire negotiated the morning session without mishap but once openers Marcus Harris and Chris Dent were parted for a half century apiece, the innings imploded from 119 without loss to 252 all out in the face of disciplined home bowling.

The ECB have made Mahmood available for four of Lancashire’s five Championship matches over the next month, with the club determining which he misses.

Unlike the 25-year-old, a posse of other seamers who featured in the recent 1-0 series loss to West Indies were conspicuous by their absence when the third round of games began on Thursday. 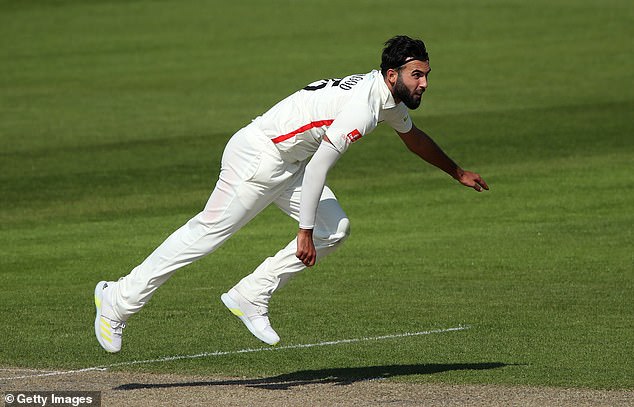 Matt Fisher was named in Yorkshire’s 14-man squad to face Northamptonshire at Wantage Road but withdrew due to a back niggle, and will be assessed further in the coming days.

Injury issues have punctuated the career of Fisher since he burst into Yorkshire’s first team aged just 15 in 2013, and his selection for last month’s Test tour came after he managed five first-class appearances in 2021 – the most he had strung together in seven seasons.

Mark Wood is recovering from elbow surgery and hopes to return for Durham in next month’s Vitality Blast, Sussex’s Ollie Robinson has yet to play a match since the Ashes due to a combination of fitness issues and illness while multiple niggles have put Chris Woakes’ return with Warwickshire back until the first week of May at the earliest.

Meanwhile, Wood’s county colleague Alex Lees, who began the season with a big hundred against Glamorgan a fortnight ago but suffered a back spasm following the long car journey back from South Wales to the north east, missed a second consecutive fixture after experiencing discomfort in the nets in the build-up to Nottinghamshire’s visit to Chester-le-Street. 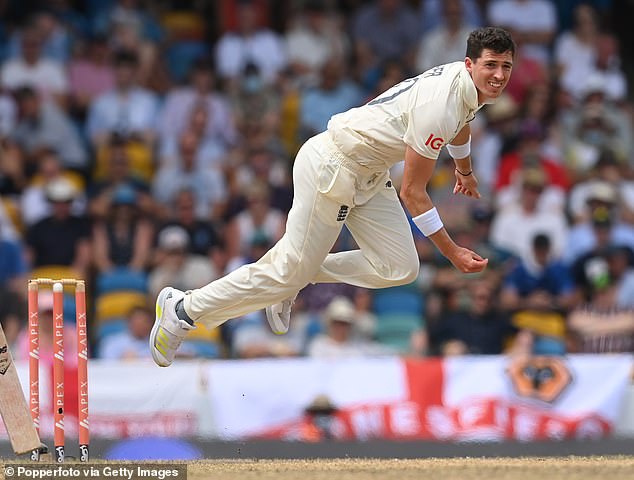 Unlike the 25-year-old, a posse of other England seamers like Matt Fisher were absent from the latest round of County Championship fixtures