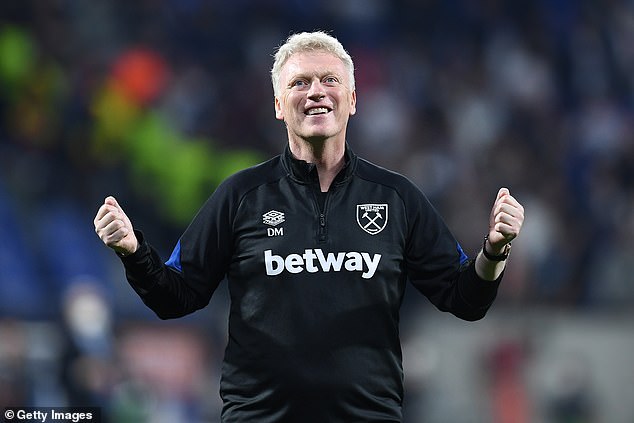 ‘The Moyes-iah can do no wrong’: Joe Cole hails the West Ham boss and insists he ‘gets it right all the time’ after steering his side to an emphatic 3-0 win against Lyon to reach the Europa League semis

Joe Cole has heaped praise on the ‘Moyes-iah’ David Moyes after West Ham reached the Europa League semi-finals with a superb 3-0 win against Lyon.

The Premier League side, led by manager Moyes, dominated throughout at the Parc Olympique Lyonnais on Thursday night and will now face German team Eintracht Frankfurt for a place in the final.

And ex-Hammers midfielder Cole told BT Sport that his former side progressing to the last four was a ‘Hollywood’ moment. 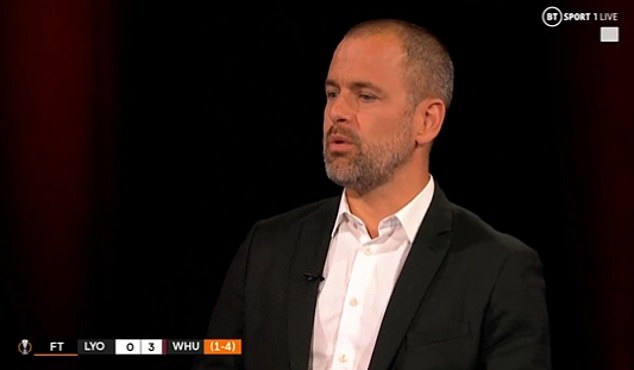 He said: ‘It’s really a pleasure, honour and privilege to cover West Ham and see the smiles on faces. The punters will have to be so proud of them because it was such a disciplined, strong (showing).

‘They were tactically strong, aggressive at the right time, they kept their cool. Passionate, but cool-minded at crucial times.

‘The Moyes-iah can do no wrong. He gets it right all the time. He’s at his absolute peak as a manager. West Ham beat them very well. They have fantastic footballers, Lyon, but there’s a fragility in the squad.

‘Everything West Ham have, resilience, robustness, Lyon did not have. Sometimes in football it’s like a Hollywood film, scripted, in Mark Noble’s last year… it’s a wonderful, wonderful moment.’

And the man himself was in bullish spirits as the Hammers size up one last push to reach the final. 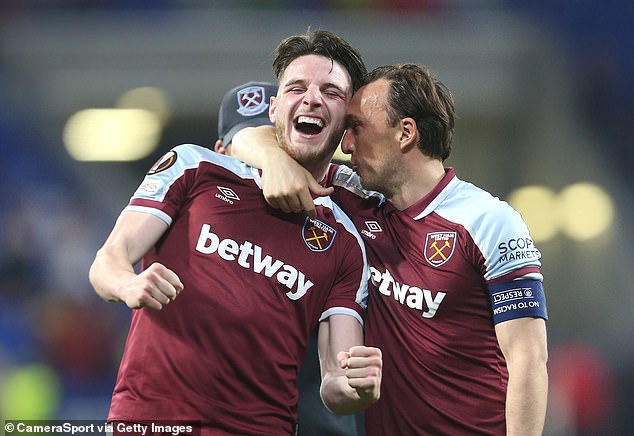 On facing Frankfurt, who beat Barcelona on Thursday night, Moyes said: ‘We’ll give whoever a game. It’s Frankfurt. It won’t be easy. We’ll have a great night at the London Stadium again.

‘It’s great for West Ham – seeing the football, the teams. It’s been a monumental period for us to get the semi-final of a European competition.