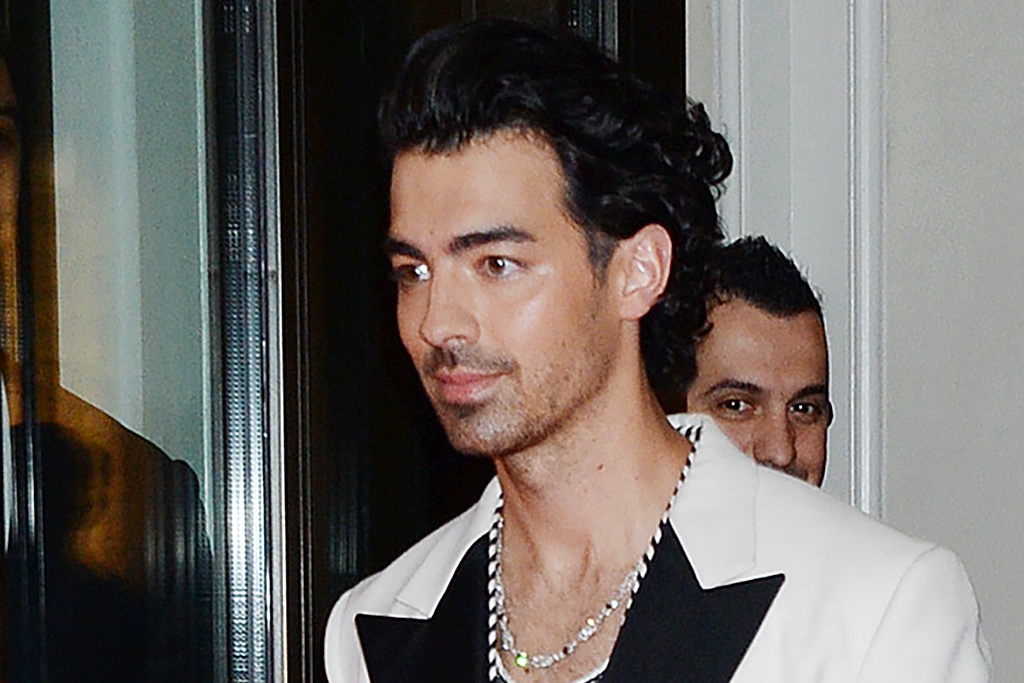 Joe Jonas took a groovy approach to dressing on TikTok while dancing to Lizzo’s latest song.

The musician filmed a new video on the social media app, as part of a new challenge based on Lizzo’s song “About Damn Time.” For the occasion, Jonas danced with DNCE members Jack Lawless and JinJoo Lee in a cobalt blue vest with a waist sash. Paired with the set was a silver chain necklace and ring — plus, near the end, a red plastic Solo cup.

“ABOUT DAMN TIME!” Jonas captioned the video, which has raked in over 2 million views.

For footwear, white sneakers serves as Jonas’ outfit base. The pair appeared to feature monochrome leather uppers with rounded toes. Though the rest of the pair wasn’t visible, the style clearly provided a clean finish to the singer’s ensemble.

The blue outfit was a colorful departure from Jonas’ latest viral ensemble — a lacy Louis Vuitton blazer and black trousers, worn with Sophie Turner to the 2022 Met Gala in New York City on Monday night.

White sneakers like Jonas’ are a year-round trend, due to their versatility and classic nature. Monochrome pairs in leather and suede textures are popular from their ability to be worn with a range of casual or dressy menswear outfits — like new styles from Koio, Cariuma and Common Projects. Naturally, the style is also quite mainstream, with pairs like Nike’s Air Force 1 sneakers gaining widespread acclaim.

Jonas’ shoe style is free-spirited and bold, much like his wardrobe. The “Who’s In Your Head” singer’s footwear on the red carpet often consists of monochrome or colorful sneakers from a range of brands, including Converse, Off-White and New Balance. On the red carpet, dark brogues and boots are often his go-to’s. The star has also served as a campaign star for Guess and Diesel, as well as collaborated on a shiny version of Koio’s Retro Runner sneakers with the brand in 2021.

Slip into white leather sneakers with these options.