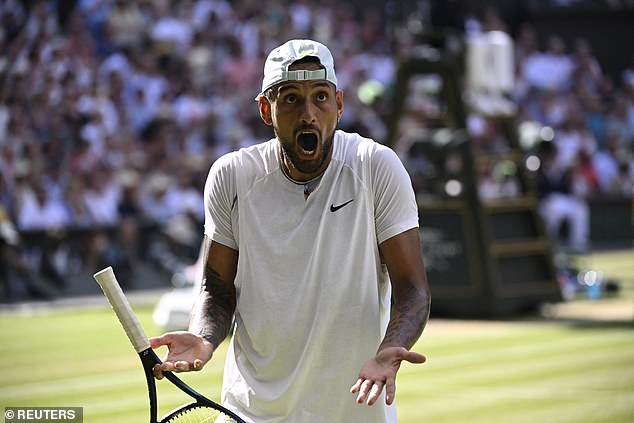 ‘It feels like he’s self destructive’: John McEnroe questions whether ill-tempered Aussie Nick Krygios will be inspired enough by first taste of a Wimbledon final to make it back after losing his cool in four-set defeat by Novak Djokovic

Tennis legend John McEnroe has questioned whether Nick Krygios has the mentality to make another Wimbledon final, after the Australian lost in four sets to Novak Djokovic on Sunday.

Krygios took the first set with some excellent serving, but began to lose his famously short temper as Djokovic took the next three to secure his seventh Wimbledon title, and 21st major overall.

Speaking on the BBC’s coverage of Wimbledon after the final, McEnroe said: ‘I thought it was great tennis. I mean this match was an unbelievable example of where you want Nick to just commit. 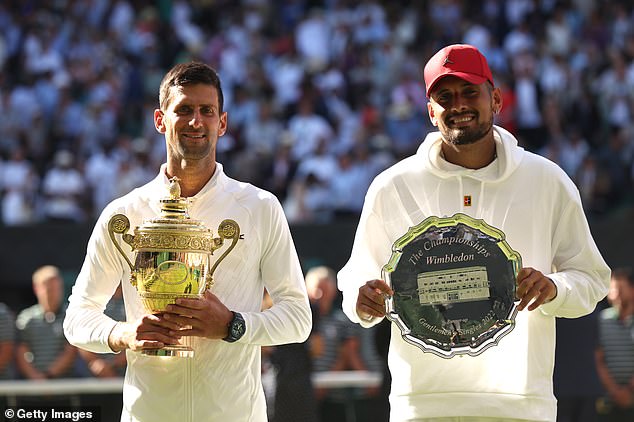 ‘In a way he beats himself. He gets in a box where he’s screaming, I don’t get that.

‘I get that he’s blowing off nerves and steam, but maybe [his team] should all go and file out, maybe that would so something because it feels like he’s just self destructive. You know like its their fault at 4-4 and 40 love that he lost a game because of them?’

The 63-year-old also recognised Krygios’ immense talent and potential. He said: ‘The level of tennis and what It took for Novak to win that, I mean that’s about as high as I’ve seen.’ 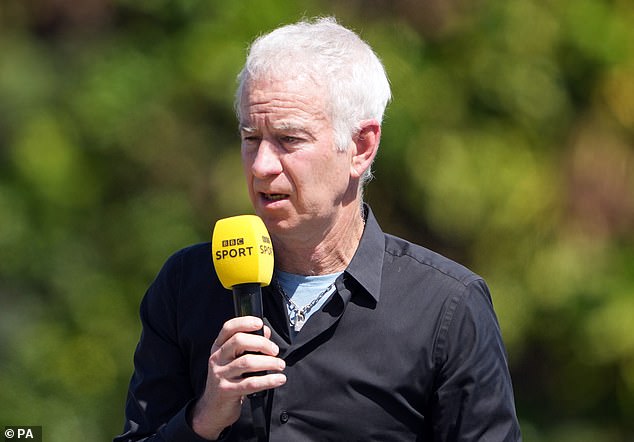 ‘That’s about as big I’ve ever seen anyone serve and lose, and I’m throwing [Pete] Sampras in there. Now he was tougher mentally obviously, way tougher than Nick’s been.’

When asked if Krygios would be inspired by his run at Wimbledon to reach the final again next year, McEnroe said: ‘I don’t know about that. I really hope so. If this guy commits, and that’s a big if, then he’s an incredible shotmaker.

‘He can hit everything and I think most of the time he picks the right time to do it. Where there that many dumb plays? I don’t think so.’