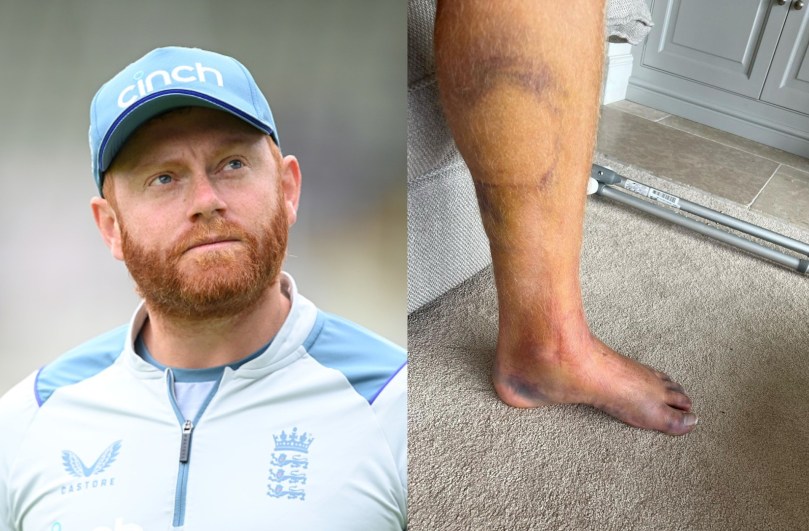 Jonny Bairstow Injury – Jonny Bairstow IPL 2023: England & Punjab Kings batsman Jonny Bairstow will be out of action until next year after successful surgery on a broken leg and dislocated ankle. According to Bairstow he at this stage has no idea when he will be returning. Bairstow was ruled out of the rest of the summer and the T20 World Cup by a freak injury suffered on the golf course in September.  Follow cricket NEWS & LIVE updates with InsideSport.IN

He will also miss the Test series against Pakistan in December. Bairstow hasn’t given any indication on when he will be back to the sport. But he has informed his fans via instagram, he will not play any cricket this year.

The Yorkshireman enjoyed a stellar 2022 before his injury, plundering SIX centuries in just 10 matches at an average of 66.31.

“The actual injury was … a broken fibula in three places which required a plate, I dislocated my ankle which in turn meant I did my syndesmosis joint and lateral ligament along with a couple more bits,” Bairstow wrote on Instagram.

Jonny Bairstow Injury: Watch as Jonny Bairstow shares update on his ‘very difficult injury’, says no idea ‘when I am coming back’: CHECK OUT

“On the positive side the operation went well and I am now three weeks post surgery and my staples have been removed. It’s now all about swelling prevention and getting my ankle moving once again,” the post further read.

Bairstow, 33, added that it was too early to say when he could expect to return to playing, but he would certainly not be back before the end of the year.

“One thing is for sure and that is I shall not be partaking in anything more during 2022 … however I cannot wait for what 2023 holds,” he said.