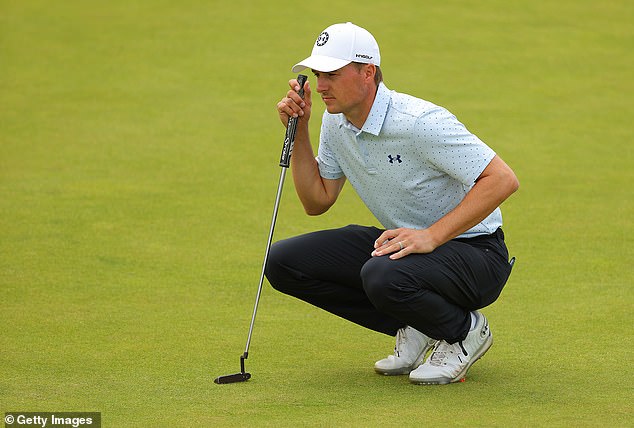 By Derek Lawrenson for The Mail on Sunday

Jordan Spieth feels winning the Genesis Scottish Open would be the perfect preparation for next week’s Open after soaring into contention at The Renaissance Club.

Schauffele, who is seeking back-to-back wins after victory in the Travelers Championship a fortnight ago, threatened to open up a commanding lead when he covered his first 16 holes in six under, only to bogey the 17th and 18th. 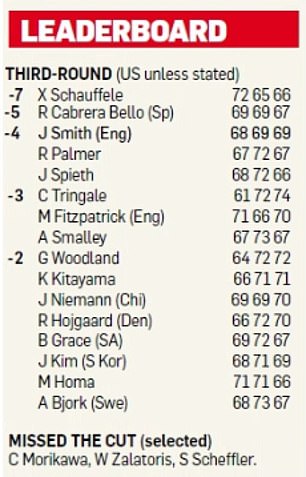 Jordan Smith heads the home challenge alongside Spieth on four under par, while US Open winner Matt Fitzpatrick is also in the thick of the hunt a shot behind after a level par 70.

Spieth, who tapped in from short range on the par-five 10th for his first eagle and then holed out from 108 yards on the par-four 15th, said: ‘It looked good from the air and certainly a bit lucky for it to go in.

‘I’ve had my fair share of breaks on hole-outs over the years but the ones that go in with the right speed are the ones that I walk away even happier with.

‘I was thinking I might be out of the tournament without a fantastic Saturday and a 66 round here in this breeze is definitely that. 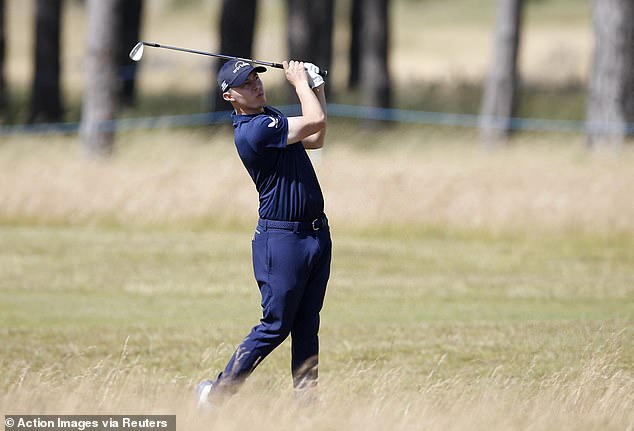 ‘To come here and win Scotland’s national open, a tournament that is co-sanctioned and a Rolex Series event and has become one of the biggest events internationally, that is enough incentive for tomorrow.

‘My goal was to have a chance on Sunday. It always is the week before a major. There’s no better prep for a major than winning the week before. Having said that, being in contention gets as much prep done as possible, so I’m glad to be in the position I’m in.

‘I think links golf is arguably my favourite kind of golf and I don’t know of any country that has more fantastic links courses than Scotland, obviously being the Home of Golf.’

Spieth’s Open victory came at Royal Birkdale in 2017, two years after he arrived for the Open at St Andrews having already won the Masters and US Open and missed out on the play-off — eventually won by Zach Johnson — by a single shot.

Asked about the special appeal of the Old Course ahead of the 150th Open, Spieth added: ‘I think the history, but also the back nine playing back into town. I know that that’s relatively common for links courses in Scotland but it’s not very common for what we normally see. 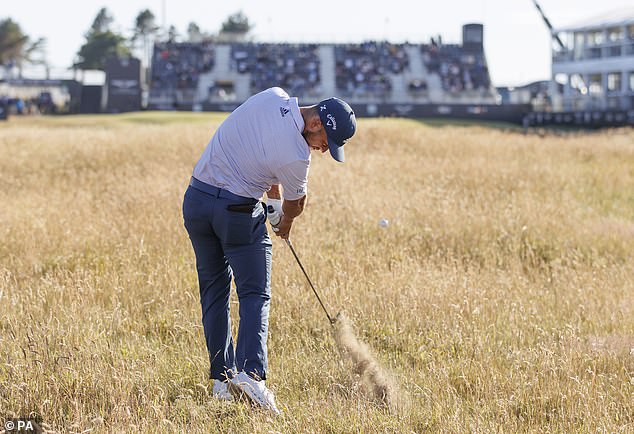 ‘Hitting over a hotel on a hole (the 17th) and trying to keep it off the cars on the next hole… it’s its own unique test. It can be the easiest major championship venue that we play but it can be one of the hardest given the Scottish weather.

‘This year looks like it might get really firm and fast. The last time we played there, we were delayed because of wind and I don’t think we’ll have that. But it might have a different set of challenges than seven years ago.’

Schauffele, the world No.11, has fired rounds of 65 and 66 after a modest opening-day 72 and is happy with his form despite the late dropped shots.

‘Those finishing holes are pretty difficult but overall I’m very happy. I stuck to what I wanted to do throughout most of the day.

‘It would mean a lot to win here, it would show my game will travel and that would be something me and my team would be very proud of.’

Halfway leader Cameron Tringale, who carded a flawless 61 on Thursday, is also three under par after struggling to a 74.