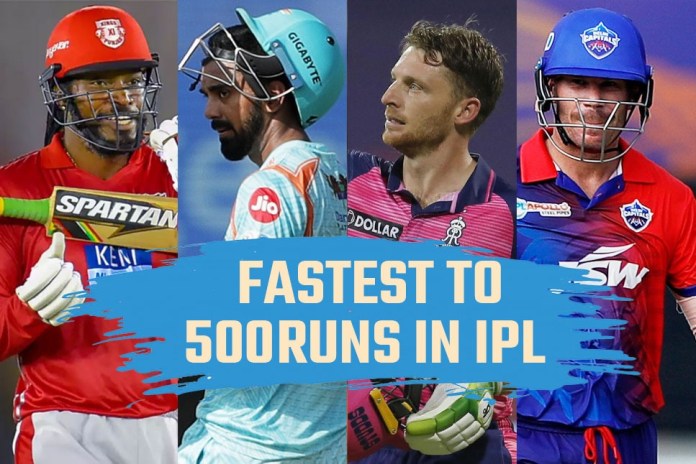 IPL 2022 Orange Cap Race: Rajasthan Royals opener Jos Buttler who is at the form of his life, created yet another record with the willow on Saturday as he reached 500 runs in this season. He achieved the milestone in his ninth match this season and became the second fastest player in the history of the league to reach the landmark. Follow InsideSport.IN for more updates

Buttler just needed a single run against Mumbai Indians on Saturday to get to 500 runs in the season. He reached the feat in the first delivery of the match by running a single and became the second-fastest player in the league to reach the milestone.

With it, he joined an elite list that includes the likes of Chris Gayle, David Warner and KL Rahul, who have all scored 500 runs in just nine matches a single edition of the league. Virat Kohli is the fastest player to achieve the milestone, in just 8 matches.

Buttler is enjoying a great season so far, as he has already scored three centuries and leads the Orange Cap table by a fair margin.

Fastest to 500 runs in an IPL season

Buttler scored 67 runs in the match against Mumbai Indians and thereby notched up his third consecutive fifty of the season. He has now accumulated 566 runs in the season so far, which is the most number of runs scored in a single edition of the IPL by any Rajasthan Royals player.