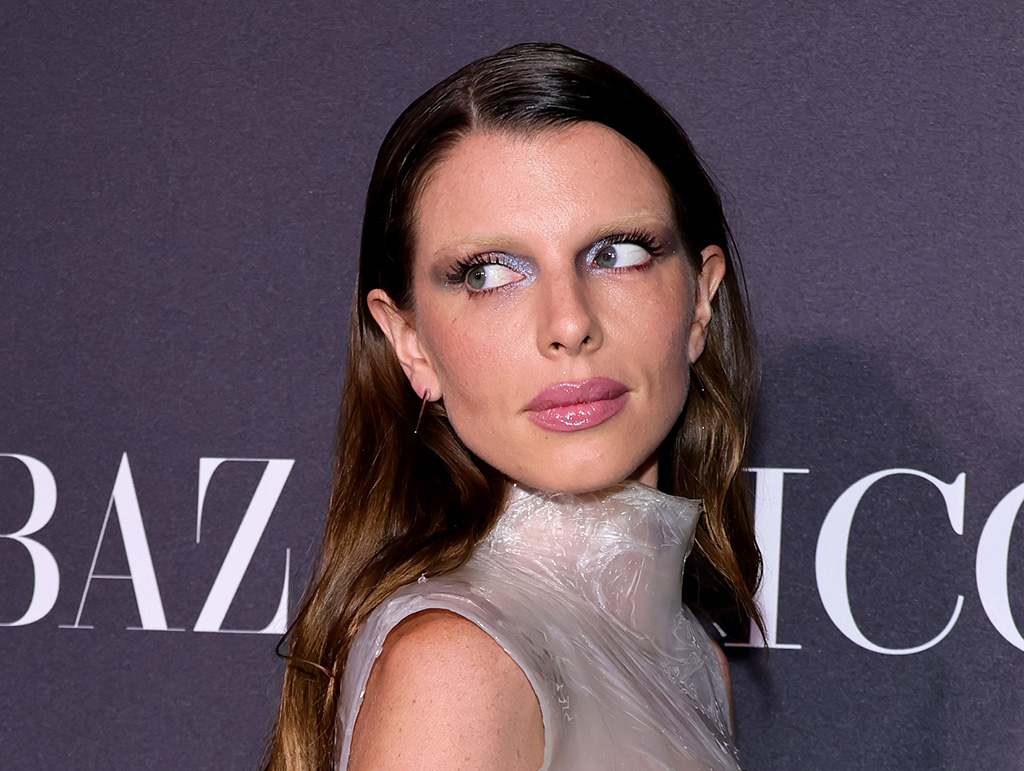 Always a proprietor of unconventional styling, Fox’s dress was made of a clear, almost waxy and cellophane-like material that was practically moulded to her body. The garment featured a high neck and an asymmetrical hem, boasting piercing-esque hardware fastened to the fabric in many areas, seemingly at random.

The dress looked as if it was melting or dripping off of the model’s frame, creating an eye-catching illusion that was mimicked in her accessories and footwear. Fox was void of jewelry but accessorized minimally with a matching plastic wrapped clutch, allowing the dress to pull focus. The Diesel campaign star’s hair was gelled down into a side part while her makeup was natural beyond the wash of silver on the lids.

When it comes to footwear, there’s no style or height that Fox hasn’t mastered. The model has a pension for eclectic shoes made of unconventional materials with sky-high heels that are no small feat to walk in. With that sentiment in mind, the “Uncut Gems” star stepped into plastic-wrapped clear platforms with elevated soles and sky-high stiletto heels. The wrapping traveled up Fox’s calves, further securing them in place, while the sizable platforms offered the Italian-American a big boost in height.

On and off duty, Fox finds a way to wear the most insane shoes imaginable. The “PVT Chat” actress‘ formal footwear has also included pointed-toe pumps by Christian Louboutin, Giuseppe Zanotti and Manolo Blahnik. Fox has become a rising star in the fashion world, attending Diesel and Versace shows during Fashion Month and making her runway debut in LaQuan Smith’s fall ’22 fashion show.

PHOTOS: See what Julia Fox and other celebrities wore front row to the Fall 2022 Kenzo show.