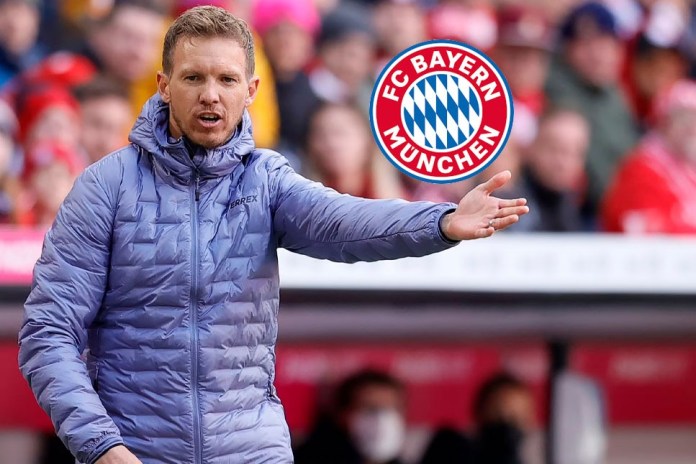 “I know I will always get criticism from all sides, that’s normal and I can deal with it. But with 450 death threats on Instagram, it’s not so easy,” said Nagelsmann ahead of Bayern’s Bundesliga trip to Arminia Bielefeld on Sunday.

Our Champions League journey comes to an end.

“If people want to kill me that’s one thing, but they also attack my own mother, who doesn’t even care about football,” he added. “I don’t understand it. As soon as they turn off the TV, people forget all decency. And they think they are the ones in the right, that’s the crazy thing.”

Asked whether he had considered taking legal action, Nagelsmann suggested there were simply too many threats for that to be realistic. “I would never be done with it. I get them after every single game, regardless of whether we win or lose,” he said.

The wife and son of sporting director Hasan Salihamidzic also revealed on Wednesday and Thursday that they had been subjected to threats in the wake of the Villarreal defeat, posting screenshots of private messages sent on Instagram.

On Friday, Nagelsmann said he did not expect Bayern to increase security measures. “We are still private individuals. I don’t want to provoke anyone, and nobody has turned up at my house yet,” he said.