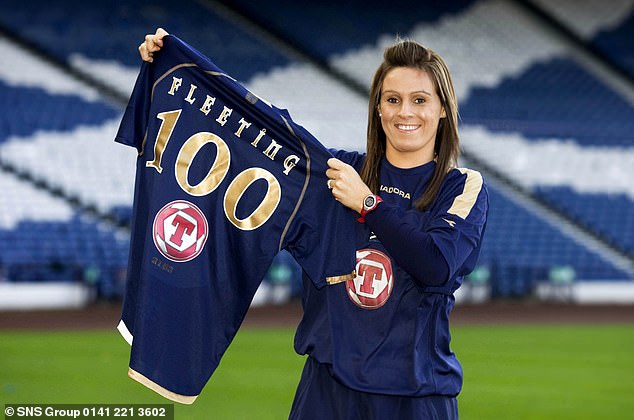 During a career which saw her reach extraordinary heights and score goals for fun, Julie Fleeting could not be accused of losing focus.

Netting 116 times in 121 appearances for Scotland more than proves she remained cool, calm and clinical on the pitch.

But now, with the 41-year-old reflecting on her remarkable time as a footballer, she recently found herself wobbling as the impact of her achievements hit home.

‘There was only one moment when I was emotional to the point of almost tears,’ said Fleeting ahead of the launch of a new documentary which tells the story of her career.

‘When I was talking about the difference in their lives and the role that football can now play for girls, that was the moment when I choked up.

‘The rest of it, I was emotional but it was happy emotions throughout most of it. There were lots of times that made me smile when I was thinking back to what had gone on previously.’

Spending time with her daughters – Ella, Sophia and Matilda – has allowed Fleeting to share her personal memories. 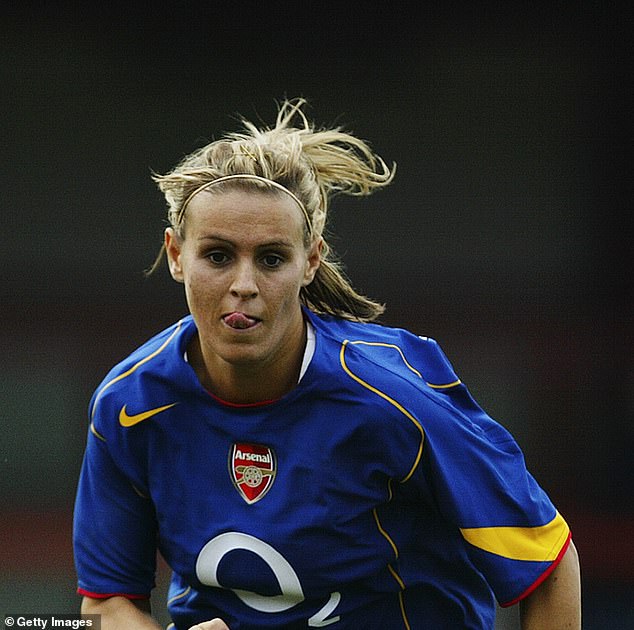 As well as her extraordinary scoring feats with Scotland – a record that will surely never be beaten – she won 17 major honours at Arsenal.

Before that, in a journey which started with an interest in football at just five years old, Fleeting took a leap of faith after playing for Ayr United by moving to America and joined San Diego Spirit as a full-time professional when she was 21.

She earned the team’s Most Valuable Player and her club’s golden boot, but off the pitch she struggled with homesickness.

Nine glorious years with the Gunners proved to be her peak as she juggled being an elite athlete with her full-time career as a PE teacher in Scotland, a profession she still enjoys to this day. 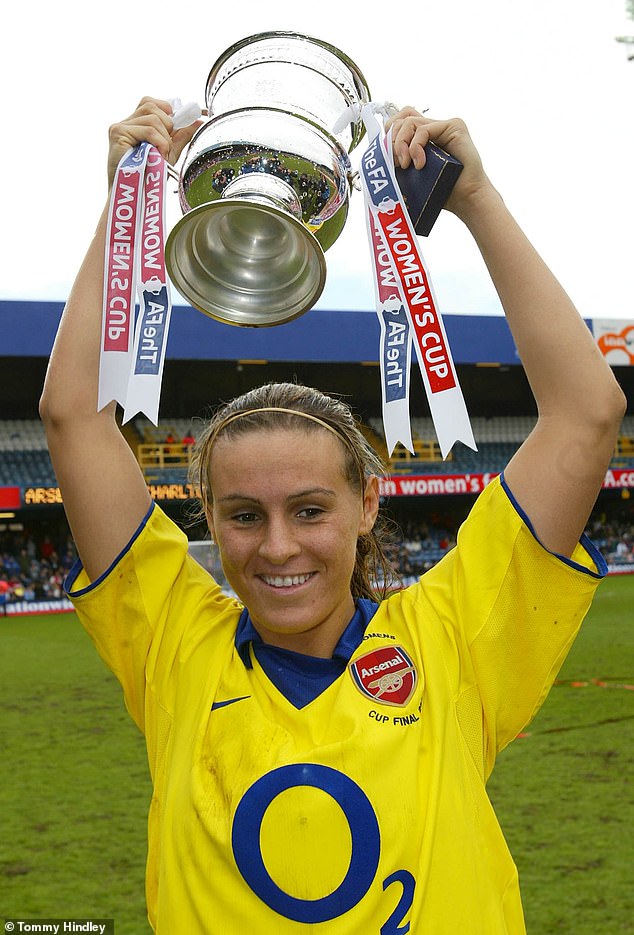 Commuting to and from London as she balanced football and teaching proved an added complication, but one she managed to handle.

Becoming a mother brought fresh joy into her life and she became the first high-profile player in Scotland to return to play football after giving birth.

‘I had a couple of team-mates who had inspired me in that way and were already parents competing at the highest level,’ Fleeting told Sportsmail.

‘That was the first time I had my eyes open to the fact you could have this normal-ish life where you can be a mum and can still continue to perform at a high level and play for your country and top club sides.

‘Joy Fawcett was with me at San Diego and Katie Chapman was a team-mate at Arsenal who was a mum and absolutely smashing it on the pitch at the same time. I had those people influence my decision in my life at that stage.

‘But there wasn’t anyone that had gone on and done that on the international stage for Scotland. I was keen to have my kids when I was relatively young at that point.

‘I knew I still had something to give in football as well. It was important to me that I could come back from it and try to continue to play even though I had ties back home as well.’ 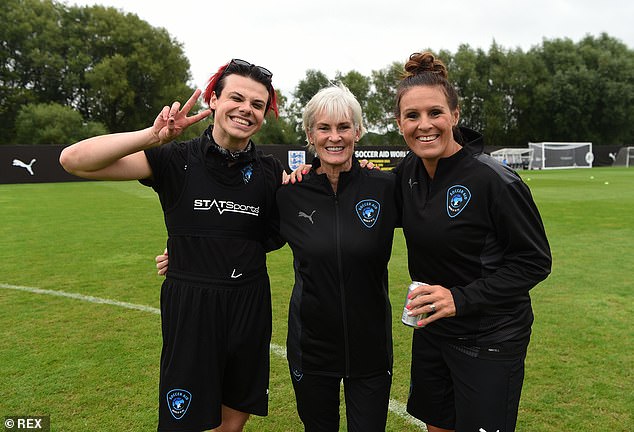 Julie Fleeting with Judy Murray before Soccer Aid in September 2021

Fleeting, who also played for Celtic and Glasgow City, now enjoys watching football from a different angle. The rise of the women’s game, both at domestic and international level, has left her delighted.

She sees progress with the national team, who qualified for their first World Cup in 2019.

‘There has been an incredible growth in the game,’ said Fleeting, who earned her final cap against Northern Ireland in 2015. ‘It’s nice to still see quite a lot of the same faces who were there when I played and have been through a massive transition.

‘They are still able to play at the highest level and reap the benefits of the hard work they put in during the early stages.

‘They can now be professional athletes, the input they get from lots of different resources that are available. There’s strength and conditioning, sport science – there’s so many parts to the game and they have those available.

‘You need that to keep up with other countries. They were ahead of us for a long, long time. We’ve been playing catch up in Scotland but it’s great now that we can have a national team who I believe can compete with the best teams in Europe. 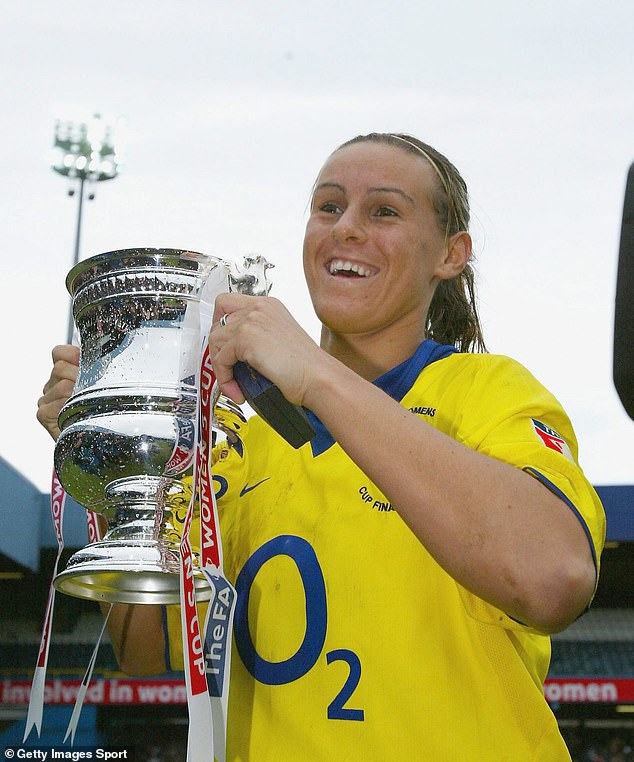 ‘We have players who are incredible athletes, great footballers, and are doing such a great job at their clubs. We have top players that young girls can aspire to become.

‘There is a clear pathway to making it as a professional athlete. You can aspire to be a footballer as a female, whereas before, for me, that was never in my head.

‘I was always wanting to play football but for a job and to pay the bills, I always had my head around that I’d need to do something else as well. But these days, you don’t. It can be your dream. You can live that lifestyle.’

The current crop of Scots face Spain on Tuesday in their latest qualifier as they bid to reach the World Cup in Australia and New Zealand next year.

An awkward row has erupted in public between the SFA and players after members of the squad raised concerns on social media over the ticketing process for the match at Hampden.

As far as Fleeting is concerned, the fact the women’s team are now playing at the national stadium in front of crowds is something to be cherished.

‘There are thousands and thousands of people playing the game now and more who want to come and watch,’ she added. ‘You can see the national team has developed and has come a long way.

‘The fact that we are now getting people interested to come and watch the games is wonderful. Of course, why wouldn’t you play at your national stadium? It’s your national team.’

Julie Fleeting is produced by purpleTV for BBC ALBA. It will air on Sunday, April 10 at 9pm and thereafter for 30 days on BBC iPlayer.