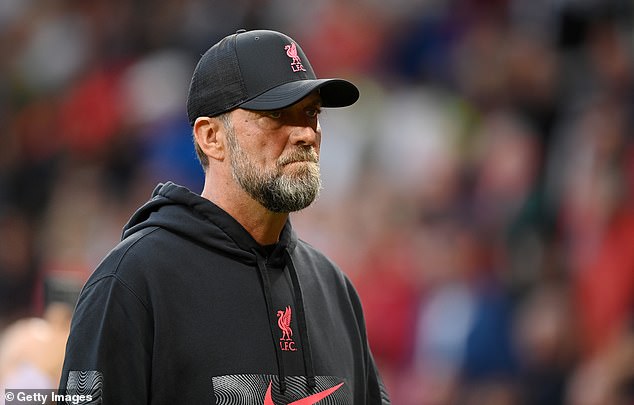 ‘I am concerned about our situation’: Jurgen Klopp admits he is worried after Liverpool’s shock 2-1 defeat by Manchester United at Old Trafford… as the Reds already sit FIVE points behind champions Manchester City

Jurgen Klopp admitted he was ‘concerned’ about Liverpool’s situation following his side’s shock 2-1 defeat to Manchester United at Old Trafford on Monday.

Jadon Sancho fired Erik ten Hag’s side ahead in the 16th minute before Marcus Rashford doubled the lead early in the second-half.

Mohamed Salah clawed a goal back for Klopp in the 81st minute but Liverpool were not able rescue a point, dropping to 16th in the Premier League table with just two points. 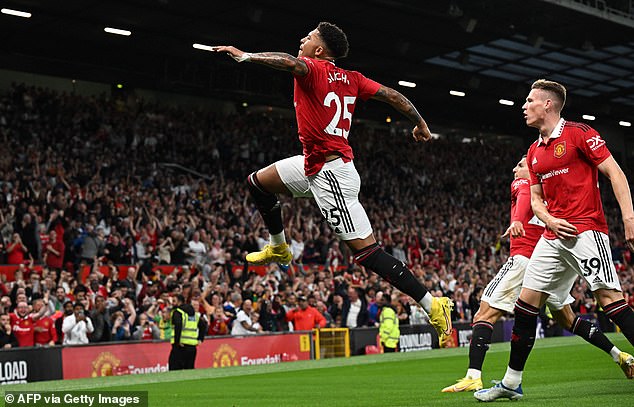 Having already slipped five points behind champions Manchester City, Klopp confessed he was worried about the Reds’ start to the season after the match.

‘I’m very disappointed about the result,’ the German admitted. ‘I am concerned about our situation, but that is how it is.

‘It is a game where everything was clear what United would do. Were they more aggressive than us at the beginning? Probably, yes.

‘It was exactly the game United wanted to play. That’s our fault, you could say.

‘But until the final pass or final decision we played like we should have played. We had a lot of moments in the box. 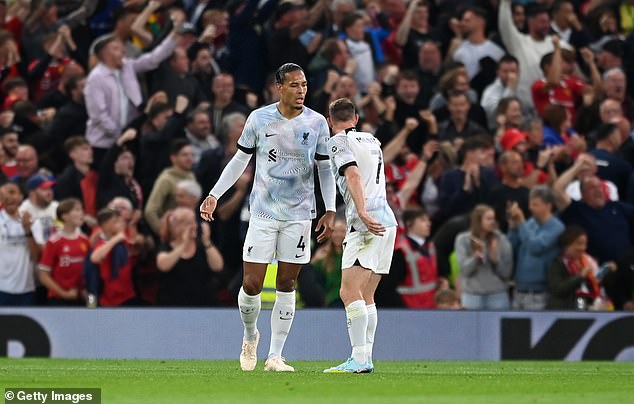 ‘We scored a goal, which was absolutely deserved, but it was slightly late. We could have won the game tonight if we’d played slightly better.’

Klopp also insisted he was not concerned about the heated argument on display between James Milner and Virgil van Dijk after Liverpool conceded Sancho’s opener.

‘There was an argument on the pitch but we don’t have any kind of issues in the team,’ he urged.

‘Nobody is happy after you lose a game. That’s completely normal. This is not an excuse. All is fine in this department.’