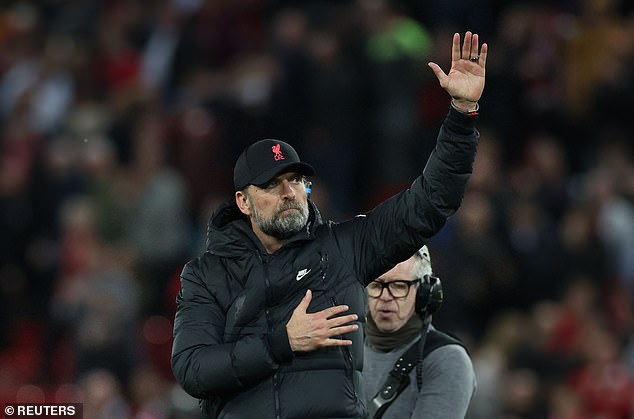 Jurgen Klopp admits he was ‘WRONG’ to criticise rival Conte and Spurs’ style of play in Anfield draw, as Liverpool boss insists ‘I could not respect Antonio more, what he is doing and how he organises teams’

Liverpool manager Jurgen Klopp has backtracked on the comments he made about Tottenham’s style of play following Saturday’s 1-1 draw at Anfield in the Premier League.

The Reds finally blinked in the title race as they were frustrated by resolute Spurs side, who came close to taking the three points courtesy of a goal from Son Heung-min.

Luis Diaz eqaulised with 16 minutes remaining but Liverpool were unable to find a winner, giving Man City the chance to extend their lead to three points, which they did.

After the match, Klopp said: ‘I don’t like this kind of football. I think they’re world-class, and I think they should do more for the game.

‘They play a world-class team, they sit back. They drew against us now, they won against [Manchester] City. So the game plan works for these games but they’re still fifth, so that’s how it is.’

However, he has now had time to reflect. 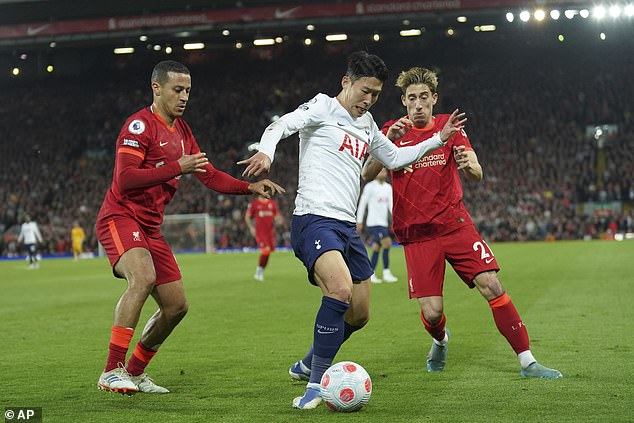 Speaking on Monday, the German said: ‘As managers, and I had this experience recently, after a game we are obviously… we are massively influenced by the game, the situation and stuff like this.

‘Would I say it again? No. I said after the game, ‘They play like they play and are still only fifth’. It felt good in that moment but anyway [it was] wrong.

‘But it was just my feeling in that moment. I could not respect Antonio more, what he is doing and how he organises teams.’