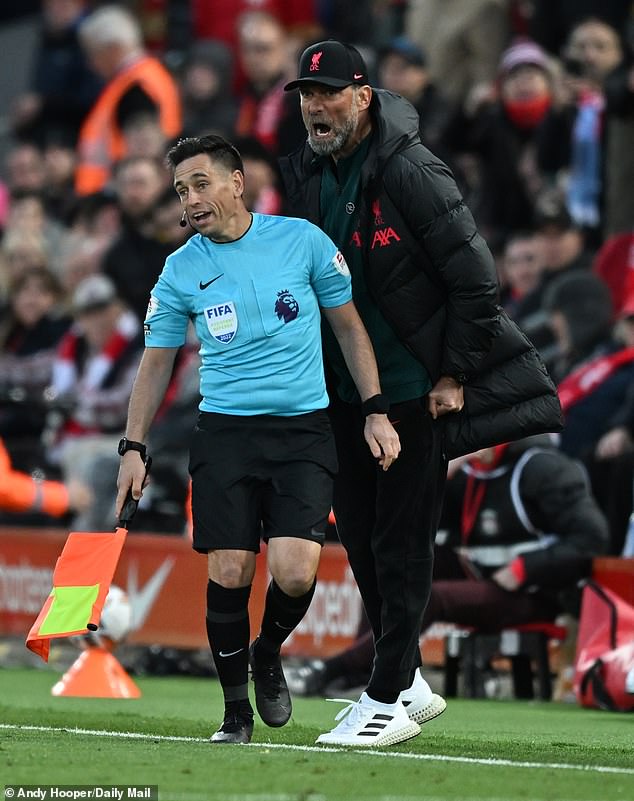 BREAKING NEWS: Jurgen Klopp ESCAPES a touchline ban for his red card against Man City, as Liverpool boss is fined £30,000 by the FA for his touchline tirade which infuriated referees’ charity

Liverpool manager Jurgen Klopp has been fined £30,000 for his sending-off against Manchester City, but will not be given a touchline ban.

The German charged down the touchline and berated the officials after deeming Mohamed Salah to have been fouled late on in the second-half of the Reds 1-0 victory over City.

In a highly fraught and tense game, referee Anthony Taylor adjudged Klopp to have overstepped the mark and sent him to the stands following his berating of the referee and his team.

Liverpool boss Jurgen Klopp has been fined £30,000 after being sent off against Man City 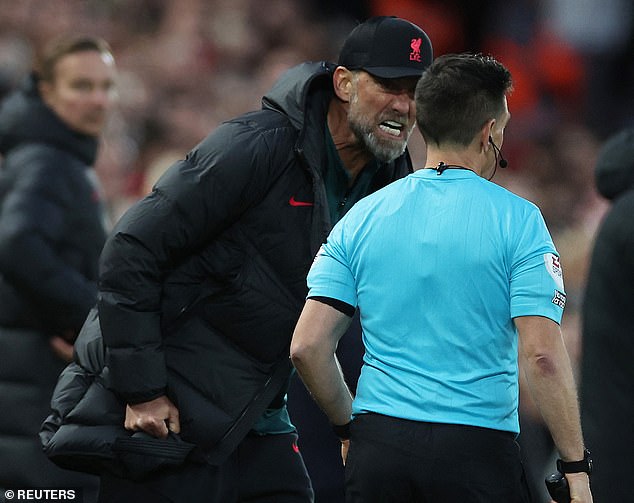 Klopp charged down the touchline to berate the officials, but has avoided a touchline ban

‘The manager accepted that his behaviour during the 86th minute was improper, and an independent Regulatory Commission imposed his sanction during a hearing.

‘This sanction is subject to appeal by either Jurgen Klopp or The FA following receipt of the independent Regulatory Commission’s written reasons.’

Klopp apologised to the media after his red card, by saying: ‘Of course, red card, my fault. I went over the top in the moment.

‘I don’t think I was disrespectful to anybody but when you look back at the pictures — I know myself the way I look in these moments is already worth a red card. I lost it in that moment and that is not OK.

‘But I think a little bit of an excuse I would like to mention, how can you not whistle for that foul? I wish I could get an explanation.

‘I don’t know what Pep said, but during the game we agreed that Anthony Taylor just let the things run. Why would you do that?

‘I heard now that people said it was Anfield that made the VAR decision (to disallow Foden’s goal).

‘But with a foul on Mo, Anfield had no chance to make any impact.

‘It’s a foul on Fabinho (in the lead-up to Foden’s goal), I think we agree on that. Then Alisson has the hand on the ball, so that’s a save, how I understand it… imagine now if it hadn’t been disallowed, now we would sit here and talk about three situations where he should have whistled.’