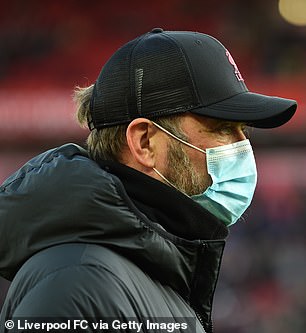 Jurgen Klopp says a Covid outbreak that caused the postponement of Liverpool’s Carabao Cup semi-final first leg at Arsenal had ‘a lot of false positives’.

The EFL agreed to postpone the tie after Liverpool had been struck down by a Covid outbreak, with boss Klopp, his assistant Pep Lijnders and several players in isolation after positive tests.

Liverpool closed their Kirkby training centre on Wednesday and the club said a ‘severe outbreak’ at the club meant they could not field a team against the Gunners the following night. 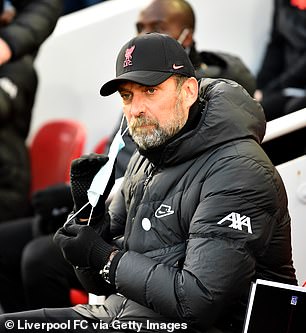 However, Klopp revealed that defender Trent Alexander-Arnold was the only player to actually test positive.

Anyone with a false positive result was still unavailable for Sunday’s FA Cup third-round tie against Shrewsbury.

Klopp named four teenagers in his starting line-up with came from behind to win 4-1.

‘This was the team we could line up with today and the boys did really well,’ said the Reds boss. 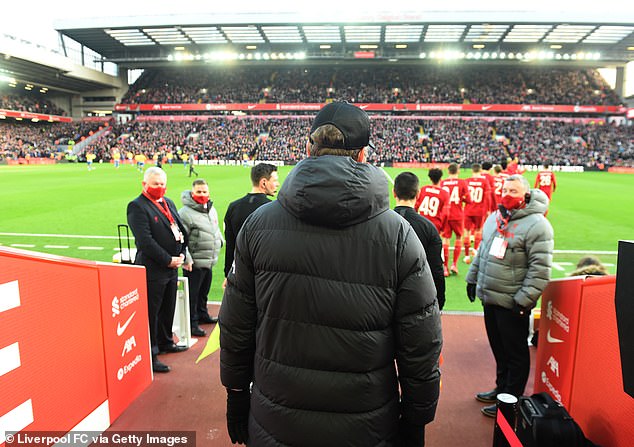 ‘We had last week a proper outbreak and it showed up that we had a lot of false positives but the rules are like they are so all these players who are false positives couldn’t play.

‘The only real positive came from Trent Alexander-Arnold and all the rest were false positives.’

After extensive talks, the EFL agreed to postpone the tie but Liverpool had to give up home advantage in the second leg.

The first leg is now set for Anfield on Thursday, January 13 with the second leg seven days later at the Emirates. 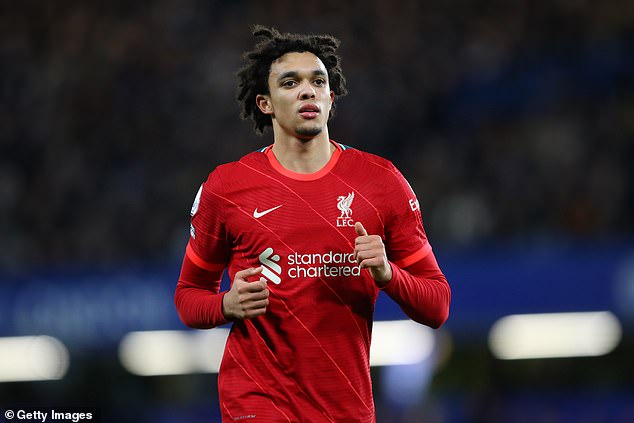