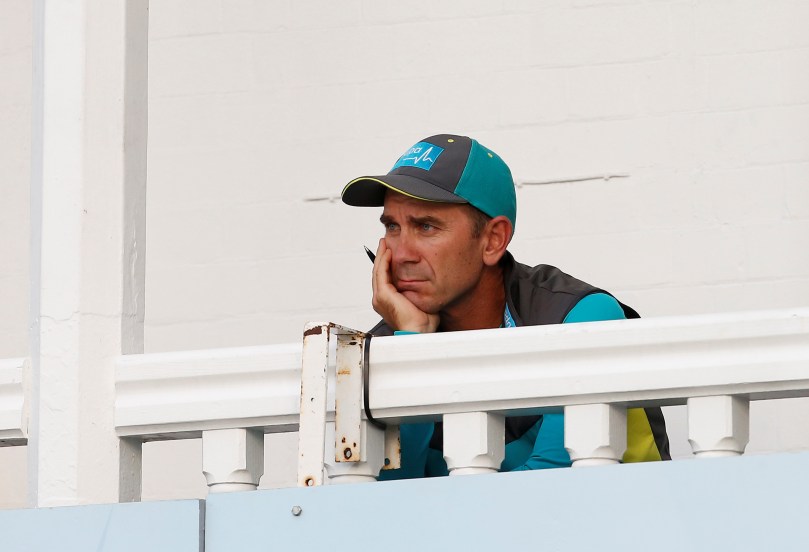 Justin Langer vs Australia Players: Former Australia head coach Justin Langer has denied reports of a rift with captain Pat Cummins and his team, saying he remains in regular communication with the majority of the players and “can’t wait” to catch up with them. Follow IND vs NZ Live Updates with InsideSport.IN.

Langer reopened old wounds over his acrimonious resignation in a podcast interview released this week, lashing out at unnamed “cowards” in the team who complained in the media about his intense coaching style last year.

His comments drew a swift rebuke from Cricket Australia (CA)boss Nick Hockley, who said the former Test batsman had unfairly criticised the players.

Australian media reported that Langer’s interview had ignited a feud with the team but the Western Australian said the reports were “rubbish”.

“I spoke to Patty (Cummins) on Monday, we had a long talk about how the team was going, how he’s going, how his family’s going,” he said in an interview with the Seven Network. “And some of this rubbish is complete and utter rubbish.

“So any thought there’s war between Patty and I could not be further from the truth.” Langer resigned in February after being offered a six-month contract extension, saying he felt he had lost the support of some players and staff, and the CA board.

He will be part of the Seven Network’s commentary team during Australia’s home summer of cricket. The first Test starts against West Indies in Perth next week.

“I loved my four years of coaching Australia, it was brilliant,” he said. “I’ve been in touch with these guys ever since I stopped being in the team and I can’t wait for the Test match to start next week, and the reason I can’t wait is I haven’t seen them.

“I haven’t seen the boys since I finished in February.