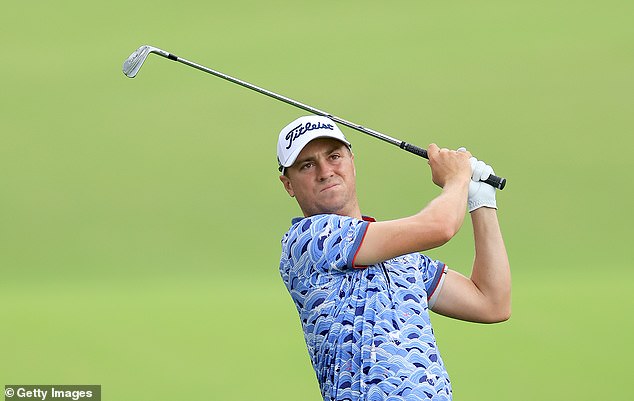 Thomas, who lifted the Wanamaker Trophy at Quail Hollow in 2017, carded a second-consecutive 67 at Southern Hills for a halfway total of 134, six under par.

That took the world number one a shot ahead of overnight leader Rory McIlroy, who was among the later starters on Friday as he continued his bid to win a fifth major title and first since 2014. 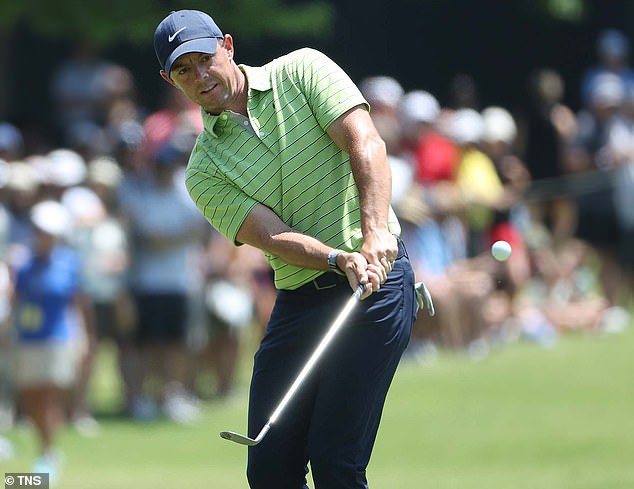 Rory McIlroy, who had accurately called his opening 65 ‘great’ at the tournament, teed off later

The forecast of winds gusting up to 40mph had prompted tournament officials to opt not to cut the greens before play got under way on Friday in a bid to prevent balls moving on the undulating surfaces.

Thomas immediately found the speed of the greens to his liking as he birdied the 10th, his opening hole, and also picked up another shot on the 13th to join McIlroy at the top of the leaderboard for the first time.

That was short-lived as Thomas promptly bogeyed the 14th, but that would prove to be the only blemish on the former world number one’s scorecard as he followed a run of eight pars with a birdie on the fifth and then completed a superb day’s work with a birdie on the ninth. 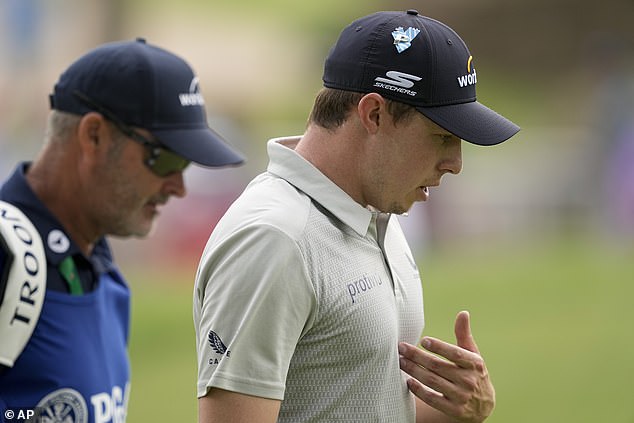 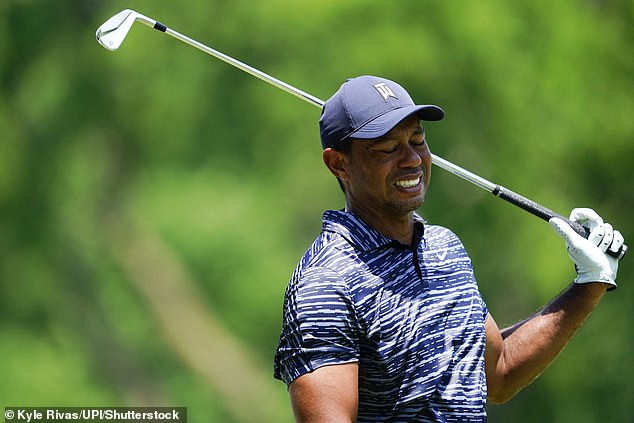 ‘The conditions were obviously very difficult. I stayed very patient, tried to get in my own little world and get in a zone and just tried to execute each shot the best I could. I felt we did a great job of that and am glad to have a good round to show for it.

‘We’re halfway through so it’s still a long way from home, but I’m very, very pleased with where everything is at and the frame of mind and state of mind that I’m in.

‘I just need to try to maintain that the best that I can and keep trying to play good golf.’

McIlroy’s opening 65 was his lowest opening round in a major since the 2011 US Open at Congressional, which he went on to win by eight shots.

It was also nine shots better than playing partner Tiger Woods managed, to leave the 15-time major winner facing a battle to make the cut.

Woods admitted after his opening 74 that his right leg, which he feared could have to be amputated following last year’s car crash, was not ‘feeling as good as I would like’.