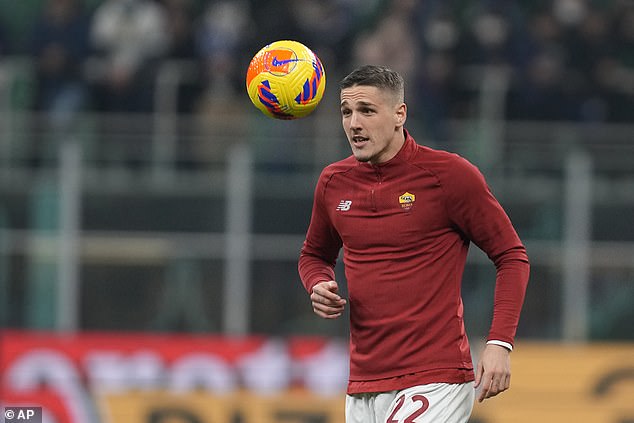 Roma winger Nicolo Zaniolo is a primary transfer target for Juventus this summer amid interest from the likes of Manchester United and Liverpool.

The 22-year-old is a long-time target of the Bianconeri who had tried to secure his services several times in the past, including from his previous club Inter Milan.

However, according to Tuttosport, Juve will need to sell Weston McKennie to afford the Italian star. 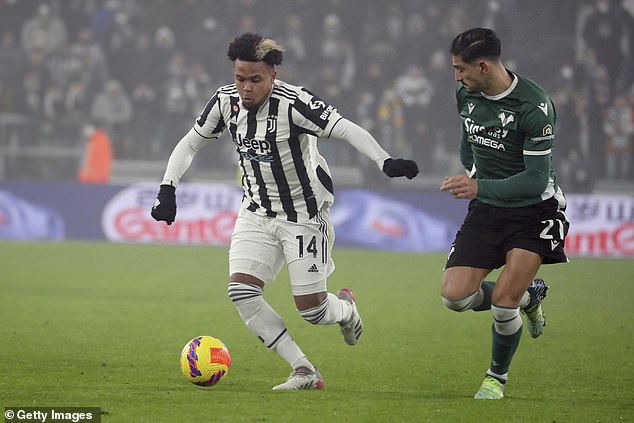 Juve may be forced to sell Weston McKennie (pictured, left) to be able to afford the signing of Zaniolo

Roma boss Jose Mourinho has ensured that the Italy international won’t leave as long as he stays at the club, but Juventus are reportedly still preparing an offer to sign the talented midfielder in the summer.

Juventus will need to qualify for the Champions League to entice Zaniolo to the club and potentially need to raise funds, which could see USA international McKennie depart, especially considering the interest he has attracted from the Premier League.

Zaniolo, who joined Roma from Inter Milan in 2018 in a swap deal for Radja Nainggolan, is not just attracting interest from Juve as Liverpool and Manchester United are also monitoring the midfielder. 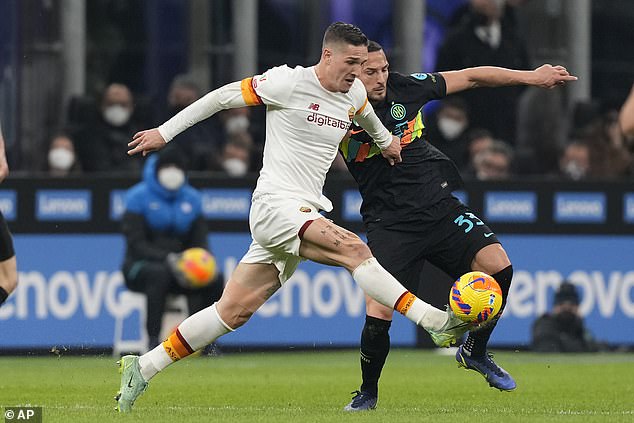 He has flourished in the Italian capital, scoring 12 goals in 73 Serie A games prior to a season-ending knee injury last season.

But with just two-and-a-half-years left on his deal, the midfielder has caught the interests of big European clubs including Juve, Liverpool, Manchester United and Atletico Madrid, according to Calciomercato.

Roma chief Tiago Pinto has also refused to guarantee that Zaniolo will remain at the Stadio Olympico beyond this season to add fuel to the speculation.

‘I cannot hide that I am surprised by all this noise around Zaniolo, we are in an era where Lionel Messi left Barcelona.

‘No director can say that a player will not be sold. Zaniolo is one of the main players of Roma, he has a contract until 2024, it’s time to talk about the team.’