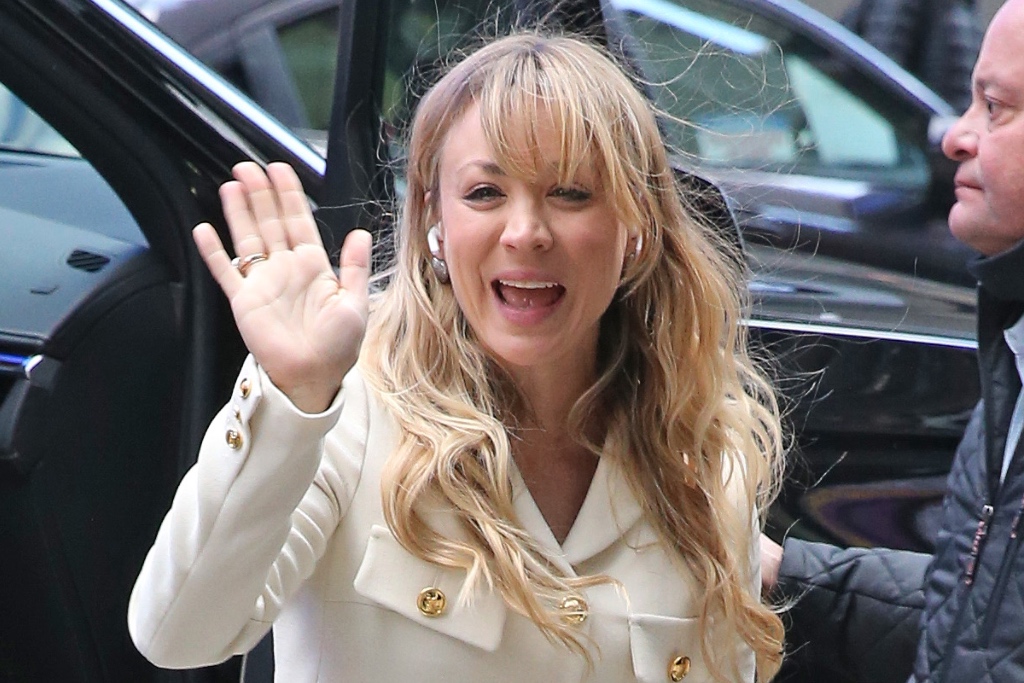 Kaley Cuoco made another press appearance for her popular series, “The Flight Attendant.”

The actress hit “Good Morning America” on Wednesday to talk about the upcoming second season of the HBO Max series, where Cuoco plays the main character, Cassie. The new season premieres on Thursday.

On the talk show, Cuoco wore a fun but professional outfit courtesy of Giambattista Valli. She paired a black and white plaid tweed dress with a white cropped jacket. The mini dress featured a slit along the left side and her jacket included large gold button detailing. Cuoco added a gold necklace, earrings and rings to the ensemble, and she carried a large black tote bag. She also wore a maroon face mask.

The “Big Bang Theory” star finished off her look with a pair of strappy black flats. The patent leather shoes featured a strap across the top of the foot, giving the flats a Mary Jane effect. The shoes also featured an open back as well as dainty silver hardware.

For footwear, the “8 Simples Rules” actress tends to slip into shoes that are eye-catching, whether the silhouette is a sleek pump, chunky platforms or sneakers from brands like Christian Louboutin, Nike and Birkenstock. In the past, she has been known to don colorful and bright creations by luxury houses like Oscar de la Renta, Prabal Gurung and Dolce & Gabbana.

Add a classic style into your close with these black flats.