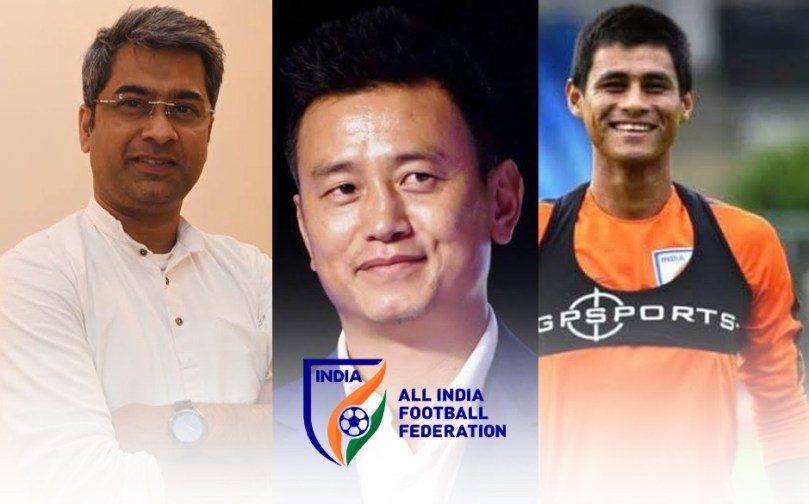 AIFF President Nominations: Kalyan Chaubey FRONT RUNNER for Post – August 19th is the final day for candidates to file their nominations for…

AIFF President Nominations: Kalyan Chaubey FRONT RUNNER for Post – August 19th is the final day for candidates to file their nominations for the AIFF President’s post. With no one filing their names for the first two days, Eugeneson Lyngdoh first filed his nomination yesterday. Friday morning saw a flurry of nominations from Bhaichung Bhutia, Kalyan Chaubey, Ajit Banerjee, and Shaji Prabhakaran. Until further developments, the AIFF (All India Football Association)  elections are scheduled to take place as per the order given by the Supreme Court on 3rd August 2022. Follow AIFF vs FIFA & AIFF Elections Live Updates on InsideSport.IN

India faces dark times as the governing football body of the world FIFA decided to ban the All India Football Association in the early hours of 16th August for being influenced by a third party.

I have filed my nominations as representative of eminent players. In the wake of the SC decision to allow players I hope the players can have a chance to serve Indian football. We want to show we can be good not only as players but also as administrators,” Bhutia told PTI.

While Baichung and Kalyan Choubey file their nominations for the AIFF Presidency, question is will these nominations be relevant anymore based on the going’s on. Will the shape of the elections and voters completely change in the next few days?

Among other names to have filed for the post of the AIFF President includes former Indian goalkeeper Kalyan Chaubey. The BJP minister is tipped to be the frontrunner to win the election ahead of Bhaichung Bhutia. Kalyan Chaubey has contested for the spot after being backed by Gujarat. From West Bengal, backed by the CM of West Bengal, Ajit Banerjee has filed his nomination.

Football Delhi President Shaji Prabhakaran has also filed his nomination on Friday for the esteemed spot. According to the guidelines followed by the CoA under direct orders from the Supreme Court of India, the AIFF elections are scheduled to take place at the AIFF office in Delhi on 28th August until further changes or developments.