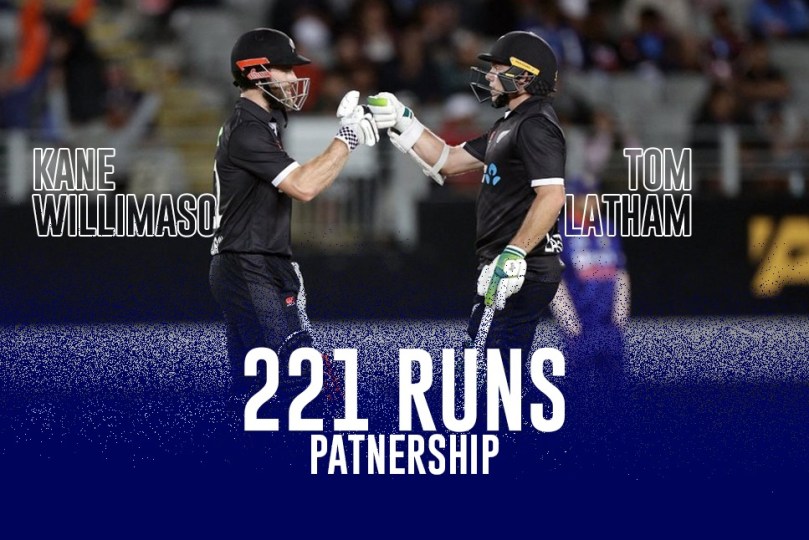 IND vs NZ: Kane Williamson Tom Latham Partnership – Records tumbled at Auckland as Kane Williamson, and Tom Latham put on a mammoth partnership of 221 runs for the fourth wicket against India in the first ODI. The duo surpassed the previous record held by Mohammad Yusuf and Shoiab Malik of 206 runs against India in Centurion back in 2009. This was also the highest-ever partnership for New Zealand against India in ODIs. Latham and Williamson helped New Zealand win the match by seven wickets with 17 balls to spare. The duo hardly broke a sweat in a run-chase of 306 runs. Follow IND vs NZ Live Updates with InsideSport.IN.

does anyone know how to keep smiling when shots like this are being hit? 😮‍💨

STAT: Highest partnerships for NZ vs India in ODIs

IND vs NZ: Watch as Umran Malik lives up to the promise of bowling fast on his ODI debut, clocks 153.1Kmph 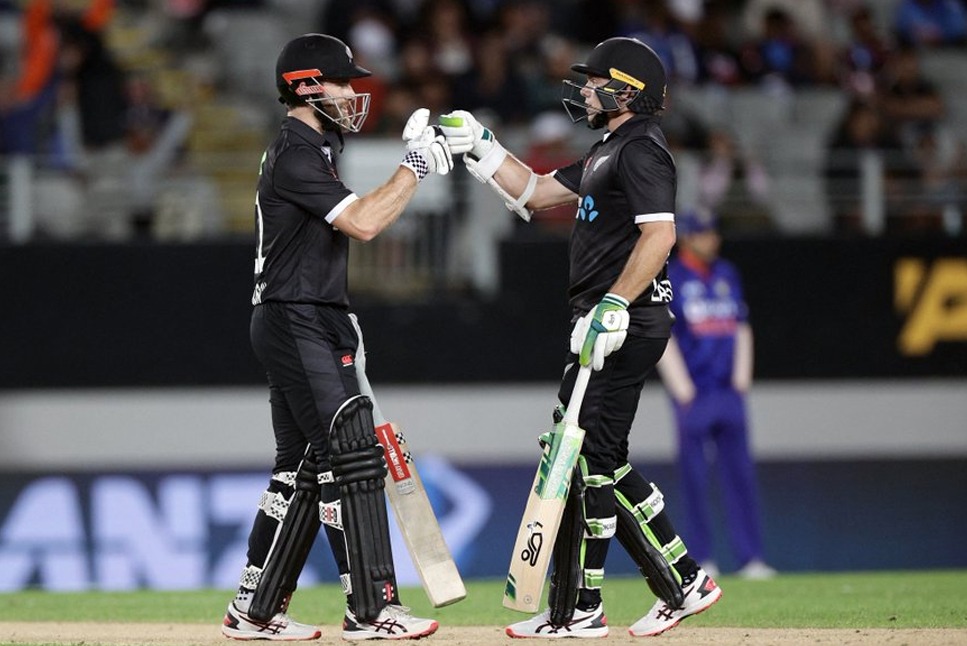 IND vs NZ: Latham registers career-best knock in ODIs, Williamson gets his mojo back as New Zealand cruise to victory

Most successive ODI wins for New Zealand at home

What went wrong for India?
Indian bowlers failed to break through the defenses of Williamson and Latham. Barring Umran Malik, the rest of the bowlers could not be effective on the fact pitch in Aukland. Washington Sundar bowled tight line and lengths, but the wickets deserted him. India needs to quickly turn things around the second match will be played on November 27.