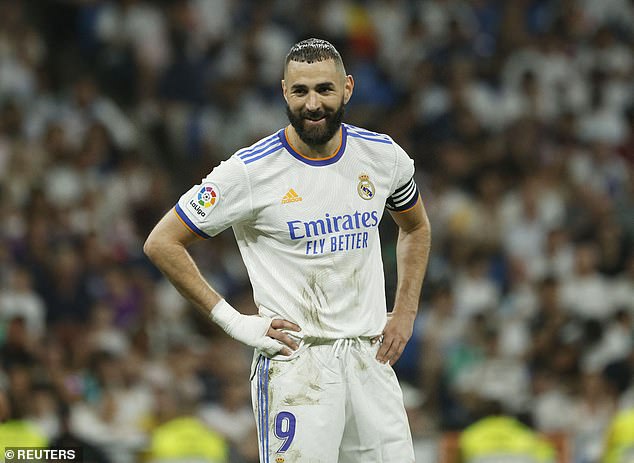 Karim Benzema was in no mood to talk about Kylian Mbappe after his compatriot snubbed Real Madrid in favour of PSG on Saturday.

Before signing his new three-year deal worth in the region of £650,000 per week, Mbappe entered advanced talks with the Spanish giants and long flirted with a move away from PSG.

But in a shock U-turn, the three-time Ligue 1 Player of the Year chose to remain in his hometown and reject Real Madrid, despite them reportedly matching PSG’s mouth-watering offer. 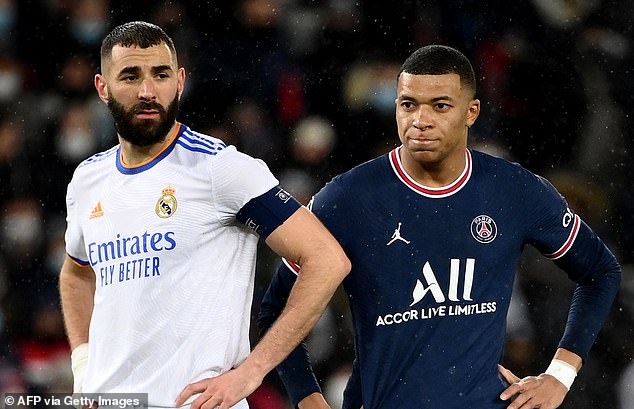 Benzema hinted that Mbappe’s decision was a betrayal earlier this week when he posted a cryptic Tupac Shakur reference on Instagram.

However, he has now described the Mbappe transfer saga as a ‘little thing’ in comparison to Real Madrid’s crucial Champions League final against Liverpool this weekend.

When questioned about his international team-mate in an interview with Movistar, Benzema replied: ‘Mbappe? I would say that [Real Madrid] are going to play the Champions League final, and this is not the moment to talk about these little things. 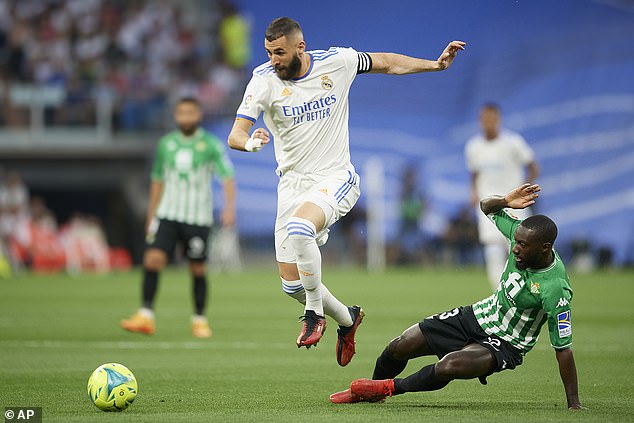 ‘I am focused on the Champions League final. It’s more important to do this than listen to other things.’

Benzema may be determined to remain tight-lipped on Mbappe and PSG, but La Liga has taken the opposite approach, issuing a damning statement this week to UEFA to scorn the 23-year-old’s decision. 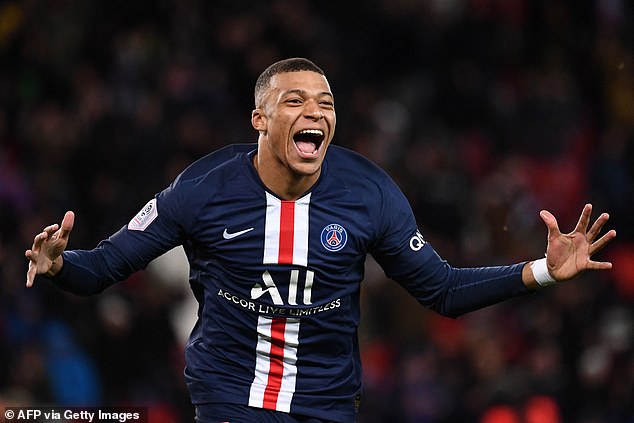 The governing body claimed that, by offering Mbappe the staggering £34m-a-year deal, the French giants now ‘threaten the economic sustainability of European football’.

It’s no surprise Benzema would rather focus on football, however, following his fruitful 44-goal season in all competitions.

The Frenchman has bagged 15 Champions League goals for Real Madrid on the road to the final, scoring 10 in the knockout stages alone.