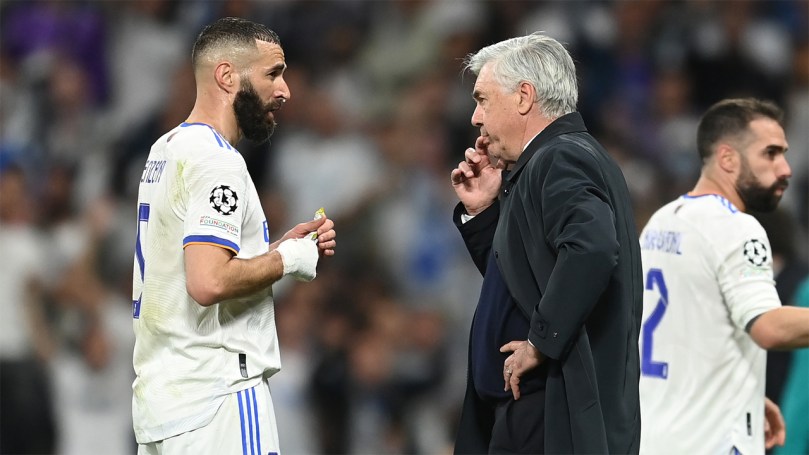 La Liga 2022-23: Real Madrid boss Carlo Ancelotti says if the injured Karim Benzema is unable to play in next week’s La Liga derby against Atletico Madrid it will rule the star striker out of contention for France’s Nations League World Cup warm up games. Follow La Liga 2022-23 updates on InsideSport.IN

Benzema, hot favourite to pick up next month’s Ballon d’Or, suffered a right thigh injury in Tuesday’s 3-0 Champions League win at Celtic. And Ancelotti said on Saturday: “Karim? We’ll see if he can make the derby. What’s certain is that if he doesn’t play the derby he won’t be joining his national team.”

World Cup winners France continue the preparations for the defence of their 2018 crown against Austria on September 22 and Denmark three days later.

Ancelotti added of the French forward: “These are the sort of things that can happen

“There’s a minor issue, but last year too he had a physical problem in December and we were able to deal with it.

“This year, it’ll be the same thing.”

The 34-year-old striker hobbled off after half an hour of the game at Parkhead with Real going on to run out impressive winners as they kicked off their title defence in syle.

“Without him the team played really well against Celtic, especially in attack,” Ancelotti observed, ahead of Sunday’s La Liga clash with Real Mallorca.

Eden Hazard will as he did in Glasgow step in to Benzema’s role on Sunday.

While praising the Belgian for his performance in Scotland Ancelotti noted: “Benzema doesn’t have a natural replacement.

“He’s the best centre forward in the world, and there’s no substitute for him anywhere on the market.”

Whether Benzema is fit enough to face Atletico will determine in part on tests but mostly on his astute coach.

“We’ve got lots of information, physical and technical. I take them all into account but only to confirm what my own eyes are telling me.

“If my eyes tell me a player is well on the pitch but the data is saying he’s tired, he’ll remain out on the pitch.”