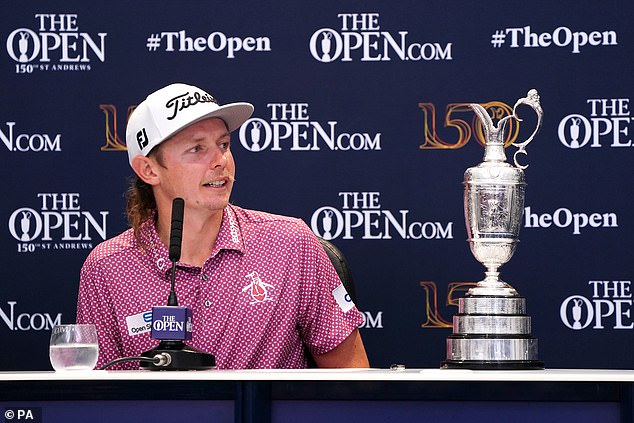 Today show host Karl Stefanovic has urged British Open winner Cam Smith to take the millions on offer in the LIV golf series – only to clash with his co-presenter Alex Cullen over the controversial breakaway competition.

Smith stunned the world at St Andrews on the weekend by hitting five straight birdies on the back nine to run down Rory McIlroy and claim the Claret Jug.

He was immediately linked to the Saudi-backed rival tour LIV Golf competition and he refused to deny that he could be about to jump ship when he was questioned immediately after his first major win.

Smith was tight-lipped about being linked to LIV Golf, but did not deny those links either

Former British Open champion Ian Baker-Finch has urged Smith to remain on the PGA Tour but Irish Golfer has reported that a $132million deal for Smith has already been done.

Those reports say his signing could be announced as soon as this week, along with fellow Australian Marc Leishman, two-time Masters winner Bubba Watson, Tommy Fleetwood and Henrik Stenson.

The reported figure is almost 10 times the amount of money Smith has earned in his PGA career, which has included wins at the Players Championship and now The Open.

‘I am looking at that and just going I would take the money, every day of the week,’ Stefanovic said.

‘From the Saudi Government, though?’ Cullen asked. ‘You know their track record on human rights.’

Stefanovic then pointed out that many sporting events around the world are also held in places similar problems.

‘If you’re going to buy into the Saudi government stuff, there’s all sorts of tournaments around the world that have humanitarian issues, a huge number of them’ he said. 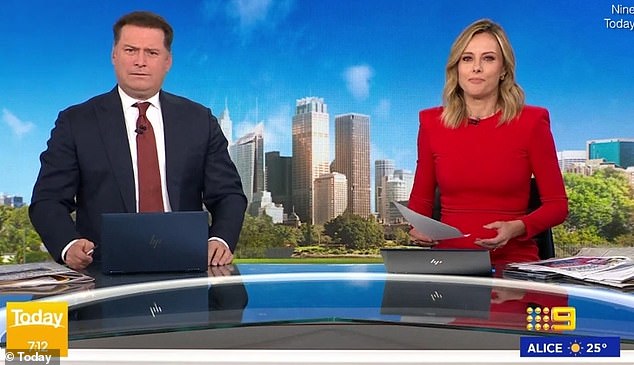 Cullen then delivered his mic-drop moment with a stunning comment about the LIV series and the Saudi government.

‘Not all of them have murdered a Washington correspondent and dismembered his body, though, is what I am saying,’ he said.

US-based journalist and critic of Saudi Arabia’s government Jamal Khashoggi was murdered when he walked into the Saudi consulate in Istanbul in 2018. 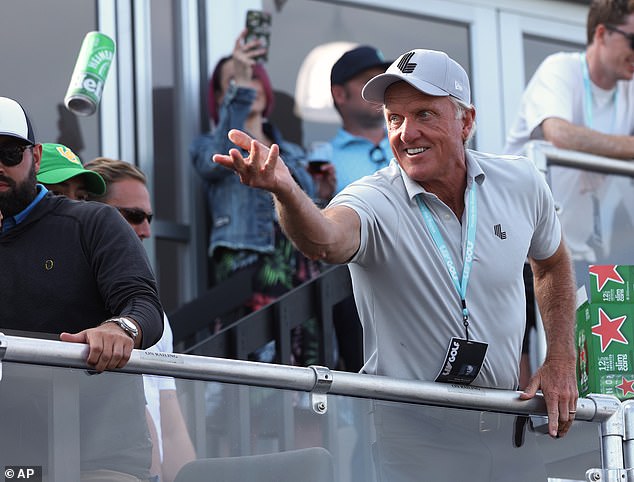 Greg Norman, CEO of LIV Golf, was barred from celebrations for the 150th British Open and was quick to congratulate Cam Smith on his comeback win via Twitter

Cullen’s comments went down like a lead balloon with Stefanovic and co-presenter Allison Langdon, with the latter audibly shocked by Cullen’s comment.

Smith is now being tipped to become part of an Australian super team along with Adam Scott and a number of other high-profile Aussie golfers as LIV chief executive Greg Norman seeks to field a team of stars from down under.

Major players have and continue to be tempted away by the ludicrous sums of money on offer, with the breakaway being backed by $2billion of Saudi money and the total prize money pot across eight events amounting to around $360million.