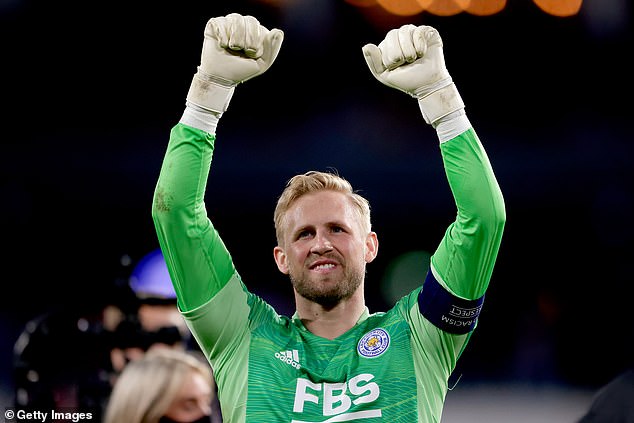 Kasper Schmeichel backed Leicester to rewrite the history books again after the club reached a European semi-final for the first time.

The goalkeeper was part of the Foxes teams who broke new ground to win the Premier League title in 2016 and the FA Cup last year, and captained them to a 2-1 win over PSV Eindhoven that booked their spot in the last four of the Europa Conference League.

Schmeichel joined Leicester for £1million from Notts County in 2011 and has been part of their remarkable journey ever since. 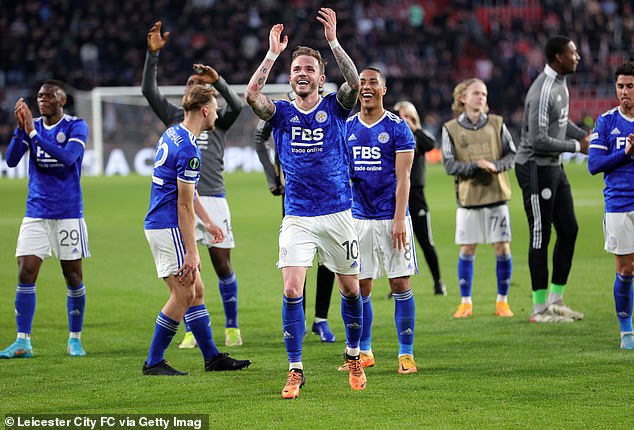 ‘A lot of us been here a long time and we keep making history,’ said Schmeichel. ‘There is another chapter to be written and why shouldn’t we write it?

‘We are a young club against a juggernaut of European football here. We made it difficult for ourselves and luck went against us, but we dug in and got the result – that shows a top mentality. That’s what we strive for and what makes me proud.

‘We have big belief in our ability, and the direction the club is going in. I am very proud personally to captain this club and my country (Denmark). These are the biggest accolades you can have as an individual. 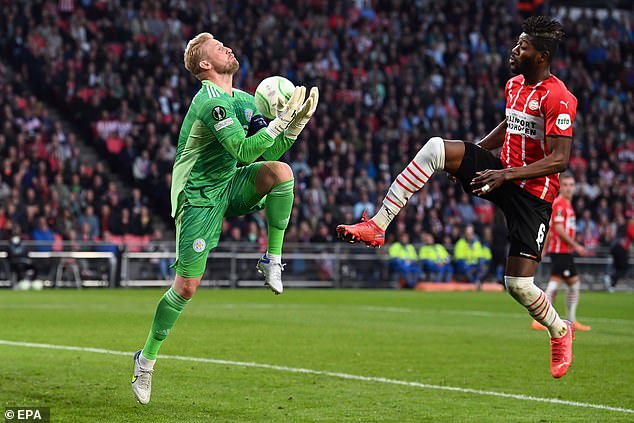 ‘We wait and see what happens next. We showed last year in the FA Cup that we have to beat good teams to win it. We have to take the challenge on.’

Boss Brendan Rodgers nailed his substitutions, with Ademola Lookman and Patson Daka making a difference when they arrived at half-time, and then Ayoze Perez created the equaliser for James Maddison.

He added: ‘In terms of European experience we are a young club but on nights like these everyone grows. When you get to a first semi-final it’s a great feeling.’