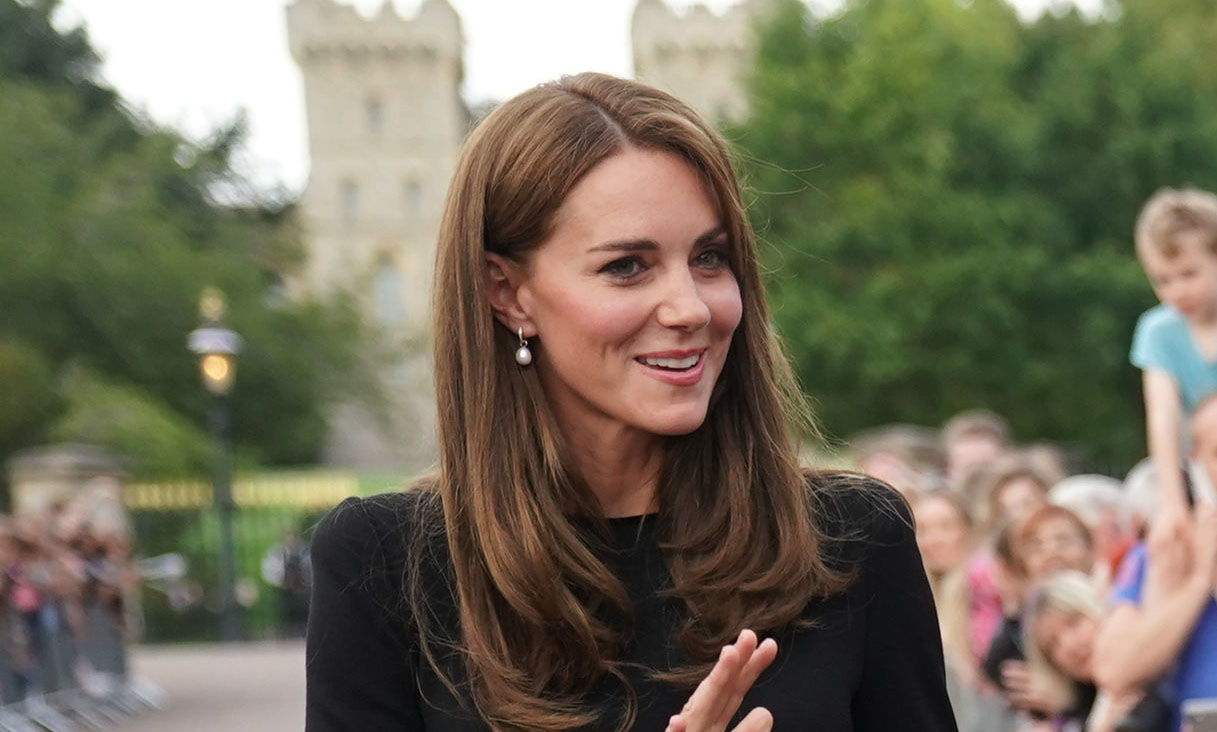 Kate Middleton, Princess of Wales, and her husband, Prince William, arrived at Windsor Castle today to pay their respects for the recently deceased Queen Elizabeth II. Dressed in black and blue, the couple attended alongside Prince Harry and Meghan, Markle, Duchess of Sussex.

William joined his wife in a dark blue two-piece suit that he wore with a crisp white button-up top and a light blue tie. The Prince accompanied the outfit with black shiny dress shoes.

United in grief, Prince William and Kate Middleton, now known as the Prince and Princess of Wales, along with Prince Harry and Meghan Markle, made an appearance at Windsor Castle today. The couples — who dressed solemnly in black and navy — greeted mourners and viewed floral tributes that were laid in honor of Queen Elizabeth II, who died peacefully on Thursday.

Buckingham Palace said that the Queen’s state funeral will take place on Sept. 19 at 11 a.m. The Queen will lie in state in Westminster Hall for four days to allow the public to pay their respects. The Queen’s Coffin will travel from Balmoral Castle to Edinburgh tomorrow to arrive at the Palace of Holyrood House, where it will rest until the afternoon of Sept. 12.