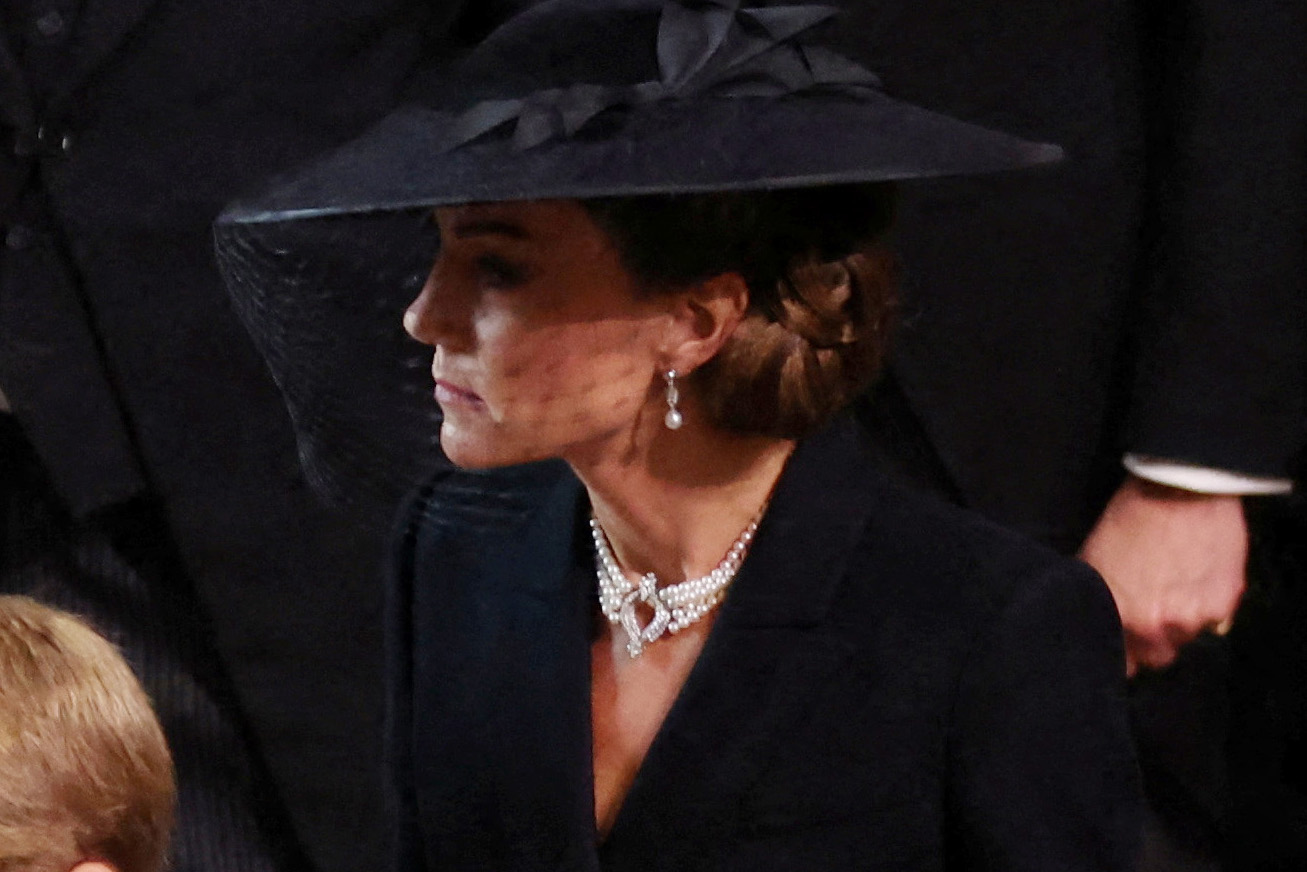 Kate Middleton continues to pay tribute to both Queen Elizabeth II and Princess Diana through her jewelry choices. Prince William’s wife arrived at Queen Elizabeth II’s Funeral at Westminster Abbey in London today wearing a pearl necklace that once belonged to her late mother-in-law and the late monarch.

The four-row pearl choker with a diamond detail was reportedly given as a gift to the Queen by the Japanese government decades ago. Queen Elizabeth wore the necklace a few times during the ‘80s and ‘90s. Diana also wore the necklace for a royal event in 1928.

This is not Middleton’s first time wearing the pearl choker. She first wore the necklace at the Queen and Prince Philip’s 70th wedding anniversary dinner in 2017, and later Middleton chose the same piece of jewelry for the funeral of Prince Philip in April 2021.

Middleton arrived at Queen Elizabeth’s funeral in a car with her kids, Prince George and Princess Charlotte, and Queen Consort Camilla. Middleton wore a classic black coat following the mourning tradition, pairing it with black tights and black pumps. She also added a black hat with veil detailing to her look, and pearl earrings.

Back in the 1950s, it was considered improper for upper-class and royal women to show their hair in public. The etiquette rule has changed over the years, but it’s still expected for royal women attending royal events to wear hats or fascinators.

The black veil is another way to pay respects to the late monarch, as it’s a symbol of sadness for the loss of a loved one.

Buckingham Palace said that the Queen’s state funeral will take place on Sept. 19 at 11 a.m. The fashion industry has also joined the nation in mourning as the British Fashion Council has recommended that London Fashion Week shows on Sept. 19 should be rearranged.

PHOTOS: Queen Elizabeth Through the Years