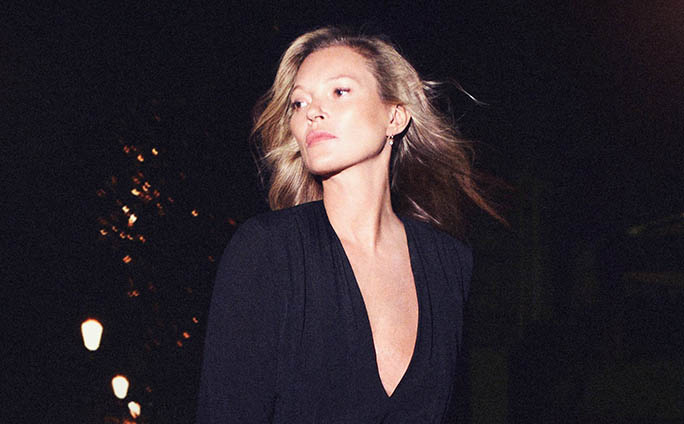 It’s a hot girl summer and Zara is ready to provide all the essentials you need for a much-deserved night out. The Spanish retailer and fashion giant has announced its latest collaboration in partnership with former Vogue France editor-in-chief Emmanuelle Alt, featuring a party-forward capsule closet that’s anything but basic.

Kate Moss is the face of the new collection, which is divided into into two drops — “Into the Night” and “Into the Classic.” The new line was shot by British fashion photographer David Sims and is inspired by nights out in Paris, where timeless garments and laminated fabrics or sparkles merge together, creating a wardrobe essentials collection that can also be worn for special occasions. Drawing heavily on Alt’s signature monochromatic style, much of the edit is rendered in black and white, but, of course, with Moss as the ambassador, you can see much of her influence. It’s a love letter to all the iconic red carpet and party outfits that have racked up column inches over the decades.

The British supermodel looks effortlessly stylish in the new campaign, which includes clothing, shoes and accessories in an all-black palette, complemented by touches of silver and white. Some of the standout styles is the 90s-inspired metallic silver slip dress and a crystal-embellished blazer. There are also flowy dresses with bedazzled straps, strapless peplum tops, and studded low-rise pants within the capsule. Of course, party shoes are also available, ranging from kitten heeled sandals to black suede boots and metallic silhouettes.

Zara’s has previously collaborated with Good American and Ader Error. And it’s not the first time Moss has joined forces with a high street retailer. In 2007, she co-designed a range for Topshop, with a final one which came out in 2014.