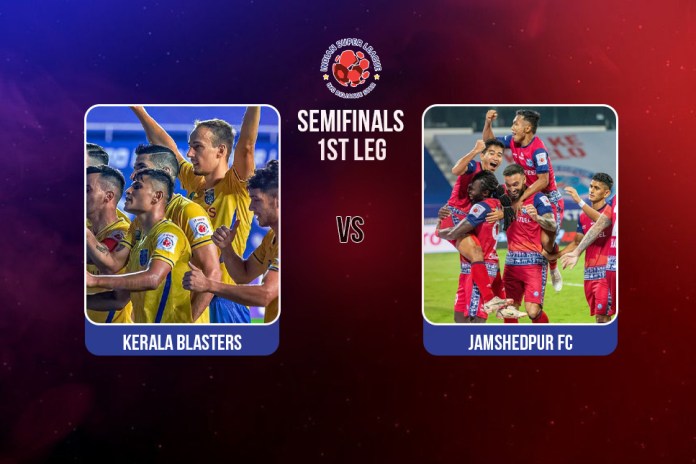 KBFC vs JFC: Indian Super League Shield winners Jamshedpur FC aim to come back from their first leg defeat against Kerala Blasters to qualify for their first ever finals. Whereas the Blasters are all set to set their feet on their third ISL finals as Ivan Vukomanovic’s men are keen to win the title this season. Follow ISL 2021-22 LIVE Updates only on InsideSport.IN

Jamshedpur FC head coach Owen Coyle has assured the fans that his team will look to shake off the defeat from the last match and look for a turnaround.

“We won’t change our approach. Anybody who watches Jamshedpur knows that we go to win every game. We have to win this match if we want to progress to the final. So we have to score goals,” Coyle said ahead of the game.

“The approach will be similar to the one we had against ATK Mohun Bagan. We respect the opponents and we know how good they are. We will try and be at our best,” he added.

On the other hand, the Kerala Blasters are in great form after the 1-0 win against the Men of Steel in the first leg. Sahal Abdul Samad who scored the solitary goal is having a season of his life and will like to continue that fine goalscoring form to the second leg.

Also Read: ISL Season 8: Bartholomew Ogbeche says the inclusion of fans will be an additional motivation in the finals

Ivan Vukomanovic feels that they cannot take things lightly in the second leg. He assures that his team will take this as a different game and will come out all guns blazing.

“We don’t even look at our last game, that lead won’t give any guarantee. Tomorrow is a new game we’ve to be concentrated and 1-0 from the last game doesn’t give us anything, we’ll start like 0 – 0. It’ll be more difficult than the last game,” Vukomanovic said.

Overall it promises to be a cracker of a game with two different managers following different philosophies. Jamshedpur FC will come out all guns blazing as they need to win the match by two goals to qualify for the finals. Whereas Kerala Blasters know only one way and that is to attack.

Both teams have played each other a total of 11 times in the Indian Super League. Out of which Jamshedpur FC have won three games where the Yellow Army has bagged two victories. The other six matches have ended in stalemates, proving how close these two teams have been over the years.