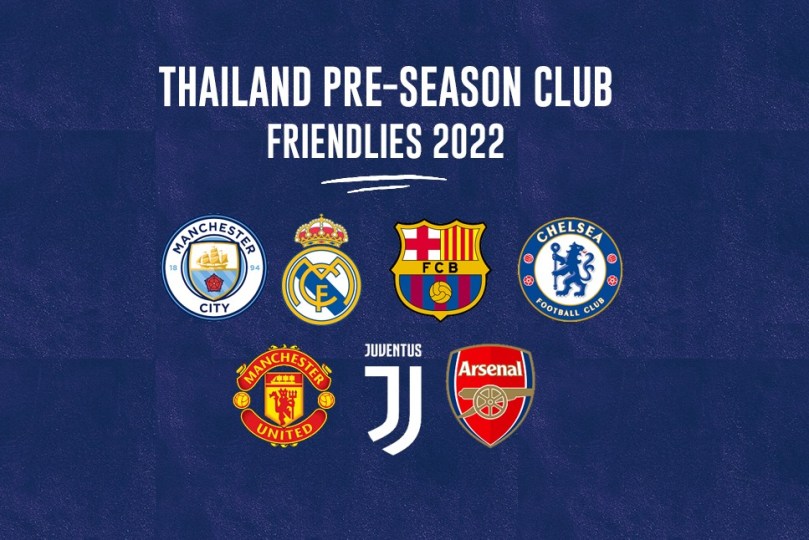 Pre-Season club friendlies 2022: Pre-Season friendly 2022 full schedule – With pre-season underway, all the big football clubs will be in action as they hope to prepare themselves for the 2022/23 season. Europe’s elite leagues will play their Pre-Season fixtures across the world as Real Madrid, FC Barcelona, Man United, Chelsea, Man City, Bayern Munich, Juventus, Arsenal and PSG prepare. Pre-season is a little more compact this year because of the first-ever mid-season World Cup, which is due to begin in November. The World Cup’s place in the calendar means the domestic season is starting earlier and finishing later than usual. Follow Latest Football News LIVE with InsideSport.IN

Erik ten Hag’s first match in charge of United will be against fierce rivals Liverpool in Bangkok on Tuesday. The Dutchman may not have made all the signings he would surely have liked before jetting out for pre-season, but seeing his new squad in action on the pitch for the first time may give him a better idea of what the club’s transfer priorities should be.

The first of successive friendlies against ‘Red Bull’ clubs (they play Salzburg six days after this), and some Liverpool players will find themselves in familiar surroundings when they go to Leipzig. This should provide a good test of the Reds’ fitness ahead of facing Manchester City in the Community Shield nine days later.

Pep Guardiola faces his former team in what will be the first ever soccer game played at the famous Lambeau Field in Green Bay, Wisconsin.

London rivals Arsenal and Chelsea are the main attractions in the Florida Cup, which confusingly is not just being played in the Sunshine State. However, the Gunners and Blues will be playing their contest in Orlando.

This Las Vegas clash will be by no means the first time Barca and Madrid have played a Clasico during pre-season. Their clashes are always worth watching, regardless of the stakes.

After tussling with Madrid in a Clasico, Barca face another European heavyweight in Juventus at the Cotton Bowl Stadium in Dallas, Texas.

The Emirates Cup is usually a solid option for pre-season entertainment. Arsenal’s visitors this year are Julen Lopetegui’s Sevilla, who finished fourth in LaLiga last season.

Having signed Angel Di Maria and seemingly being about to announce Paul Pogba’s arrival, Juventus will be under pressure to pose more of a threat in Serie A and Europe next season. In that case, who better to test themselves against than Champions League winners Madrid? This game will be played at the Rose Bowl in Los Angeles.

This one may buck the trend in that it is not necessarily a clash between two current European high performers, but it is noteworthy as being Ten Hag’s first Old Trafford game.