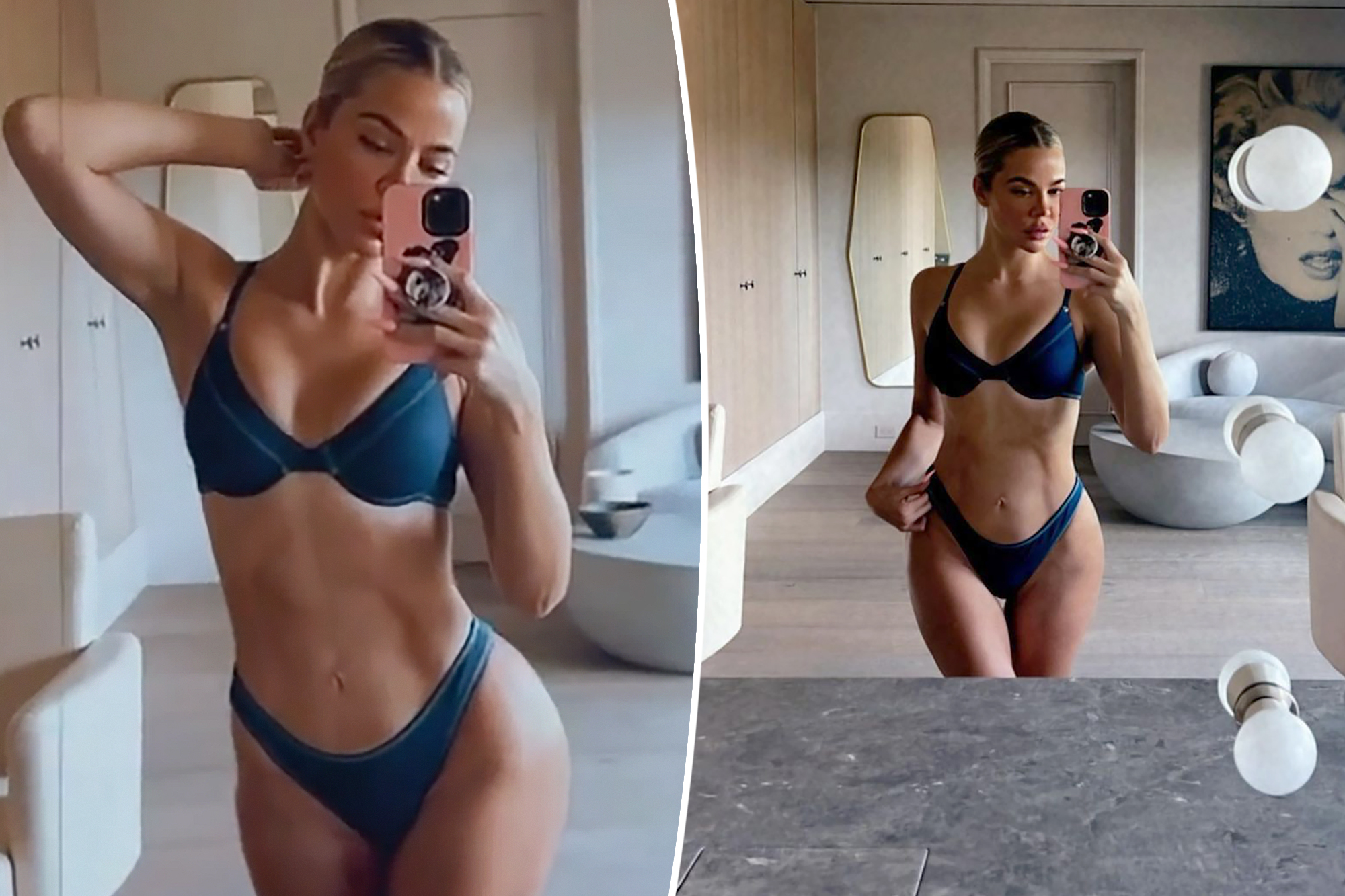 Khloé Kardashian showed off her washboard abs while modeling a tiny Good American bikini on Tuesday.

In the Instagram video, the “Kardashians” star fixed her slicked-back bun before pulling on the side of her high-cut bikini bottoms while Beyoncé’s new album, “Renaissance,” played in the background.

While the Good American founder, 38, was promoting her new swimwear collection, her toned tummy is what caught everyone’s eye.

Fans were quick to praise the reality star for the all-denim ensemble in the comments section.

“Looking good while streaming Beyoncé?! You’re just perfect all around aren’t you,” one fan commented.

“You are fire,” another said with multiple fire emojis, adding, “Bravo for all the work on yourself. It is translating through the brand.”

Her best friend Malika Haqq also chimed in, saying, “I want you and the suit Ma. Sickening 🔥.”

Kardashian has been showing off her fit physique on social media following the news that she and ex-boyfriend Tristan Thompson are expecting their second child via surrogate.

While the two called it quits after the basketball player was caught secretly fathered a child, the “Revenge Body” star is trying to keep things positive.

“👑 Don’t forget, the crown may tilt at times but it never falls 👑,” she captioned another sultry snap of her in a black bikini last week.

In the photo, Kardashian lounged on a yacht while once again showing off her abs of steel.

As of June, Kardashian has moved on from Thompson and is now dating a private equity investor.

Although she’s kept her new relationship on the down low, a source told Page Six that they were introduced by Kim Kardashian at a dinner party and hit it off immediately.