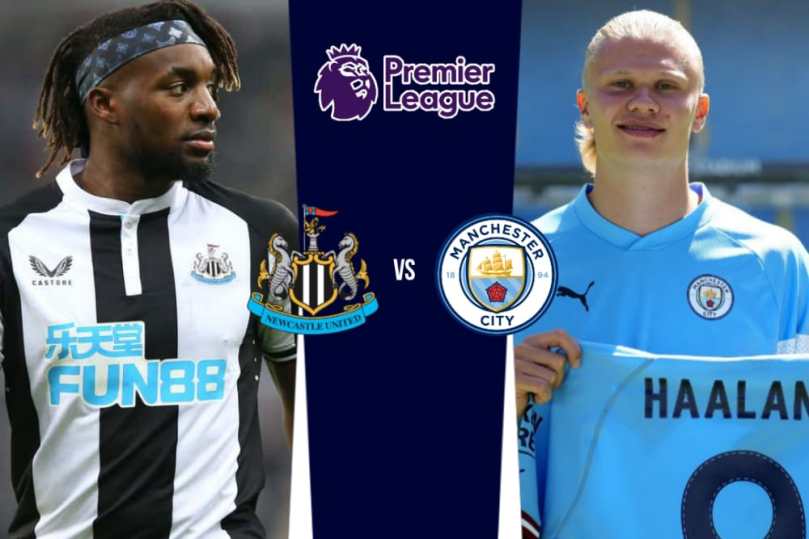 Newcastle United remain without midfielder Jonjo Shelvey through injury, while Matt Targett, Ryan Fraser and Emil Krafth will have to be assessed prior to the game.

Summer signing Sven Botman will again partner Fabian Schar at the heart of a back four, with Dan Burn set to stay at left-back if Targett is not deemed fit to come straight back in.

Bruno Guimaraes and Joelinton remain key men in midfield alongside Joe Willock, while Callum Wilson should continue to be preferred over Chris Wood up front.

Guardiola will again be unable to call on centre-back Aymeric Laporte due to an injury, meaning Nathan Ake should keep his place alongside Ruben Dias unless John Stones is given a chance to start at St James’ Park.

Rodri and Ilkay Gundogan have operated in a three-man midfield in both league games thus far and should continue their partnership behind talismanic midfielder Kevin De Bruyne.

Newcastle United vs Man City LIVE: When and where to watch the live streaming of Premier League matches?

When will Newcastle United vs Man City kick off in the Premier League? – Date
NEW vs MCI match will be played on 21st August 2022

What time will Newcastle United vs Man City kick off? Time
LEE vs CHE will begin at 9:00 PM IST

Where will Newcastle United vs Man City be played? – Venue
The game will kick-off at St. James’ Park

Premier League: Who will be the Match official? Referee