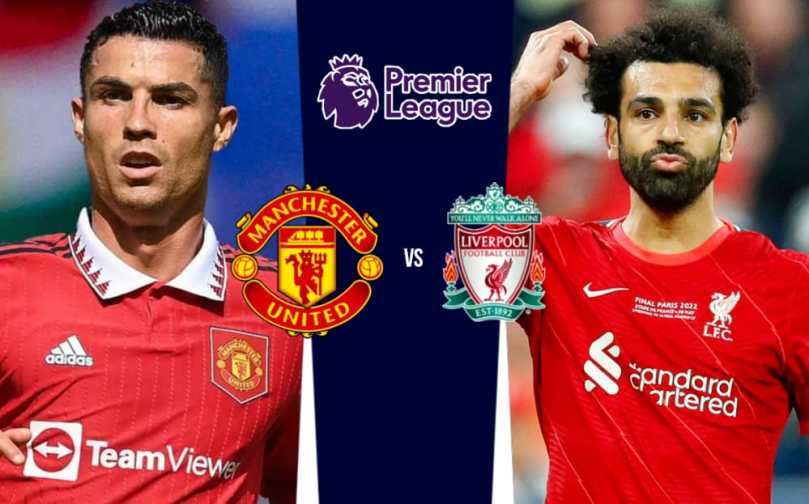 2⃣ warriors who could determine the fate of the ⚔️ in a moment of magic when #MUFC face #LFC! 🤩#CR7 or #Salah – who’ll have the last laugh in #MUNLIV?

Man United will be boosted by the return of Anthony Martial, who is yet to play this season due to a hamstring problem, but Ten Hag is likely to name the Frenchman on the bench, so Ronaldo, despite the speculation surrounding his future, might lead the attack once again.

Harry Maguire‘s spot in the XI is said to be under severe threat from Raphael Varane, while Luke Shaw could also be replaced by Malacia, who impressed in the second half against Brentford.

Ten Hag is expected to resist the temptation to make wholesale changes, with Fred, Bruno Fernandes and Eriksen potentially again featuring as the midfield three, leaving Jadon Sancho and Marcus Rashford to support Ronaldo in the forward positions.

Brandon Williams, Facundo Pellistri and Victor Lindelof remain on the sidelines for the 20-time English champions, while Mason Greenwood is still suspended.

Klopp revealed during his press conference that Roberto Firmino is available for selection, and the Brazilian is expected to replace Nunez in the XI, with the latter suspended for this fixture.

Klopp is expected to introduce Joe Gomez into his starting XI on Monday, while club captain Jordan Henderson should return in midfield at the expense of James Milner.

Diaz and Mohamed Salah will again play in the wide positions for the Reds, while a familiar defensive unit will include Trent Alexander-Arnold, Virgil van Dijk and Andrew Robertson.

Man United vs Liverpool LIVE: When and where to watch the live streaming of Premier League matches?

When will Man United vs Liverpool kick off in the Premier League? – Date
MUN vs LIV match will be played on 23rd August 2022

What time will Man United vs Liverpool kick-off? Time
MUN vs LIV will begin at 12:30 AM IST

Where will Man United vs Liverpool be played? – Venue
The game will kick off at Old Trafford

Premier League: Who will be the Match official? Referee
Michael Oliver will be in charge of Man United vs Liverpool

Which TV Channel will telecast Man United vs Liverpool live?