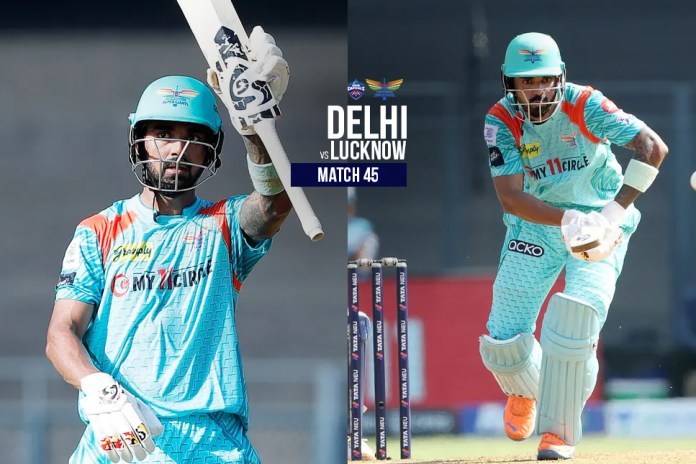 IPL 2022: DC vs LSG LIVE: Lucknow Super Giants captain KL Rahul continued his rich vein of form in the ongoing IPL and scored his third half-century of the season on Sunday against Delhi Capitals. With the knock, he also surpassed 400 runs for the season. Follow DC vs LSG LIVE score and updates on IndsideSport.IN

Leading from the front, Captain @klrahul11 brings up a fine FIFTY off 35 deliveries.

Rahul, who has already scored two centuries and two fifties this season, continued his run-scoring spree with the willow on Sunday. With Lucknow batting first, Rahul opened the innings and got into the act straightaway. He held one end and scored some delightful shots to keep the scoreboard ticking.

Rahul and his opening partner raced off to 41 runs off the first four overs and were looking dangerous. However de Kock lost his wicket in the fifth over. Rahul however was unfazed and joined hands with Deepak Hooda to build on a big partnership.

Rahul managed to find boundaries every over and reached his fifty in the 13th over of the innings with a single to deep point. This was the 30-year old’s 29th IPL fifty. Rahul continued to accelerate the run rate before finally perishing in the penultimate over of the innings. He tried to slash Shardul Thakur over the boundary at point for a six, however he didn’t get the elevation and hit it straight into the hands of the fielder to depart for a well-made 77 off 51 balls.

With the knock, he scored his third half-century of the season and also went past 400 runs. Rahul has now accumulated 451 runs in 10 matches this season.