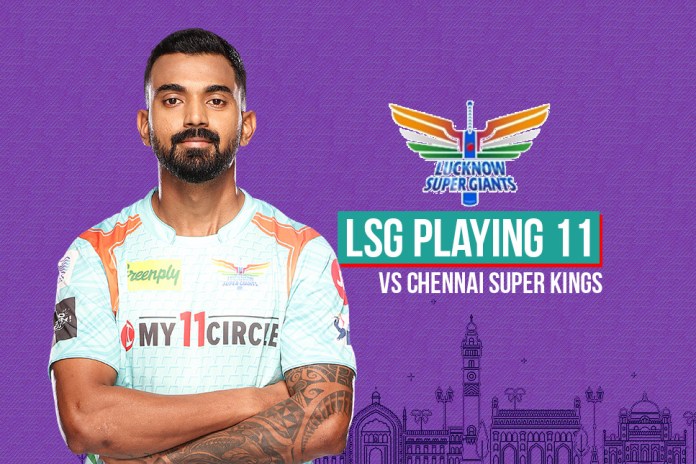 LSG Playing XI: Despite their loss in the season opener, KL Rahul is likely to stick with the same playing combination as Lucknow Super Giants prepare to face off against defending champions Chennai Super Kings. LSG lost their first game to fellow new comers Gujarat Titans in a thriller but will have a lot of positives to take from the game. The franchise has been hit hard by the unavailability of key all rounders, with Marcus Stoinis and Jason Holder both still unavailable. Follow IPL 2022, CSK vs LSG LIVE updates

Despite their top order failure, Deepak Hooda and youngster Ayush Badoni scored half centuries to get them to a competitive 158 in their 20 overs. Badoni was particularly impressive and his start to life in the IPL should ease some concerns for KL Rahul in the absence of Stoinis and Holder.

Lucknow’s top 4 crumbled to pace vs Gujarat Titans, and the franchise will hope that their batters are upto the task when they face the mighty CSK.

As far as the bowling is concerned, Rahul will stick with his three spinners ploy, with Ravi Bishnoi and Krunal Pandya as the tweakers with Deepak Hooda for support. Avesh Khan struggled in his debut but the 10 Crore will be given a longer rope as LSG hope he can churn in match winning performances.

Dushmantha Chameera bowled a fine spell and was perhaps Lucknow’s best bowler of thr night as he registered figures of 2/22 off his 3. The Sri Lankan bowled at good pace and mixed it up well at the death, and should continue to be a threat going forward. Mohsin Khan also made his debut but bowled only two overs, and a change is unlikely.

Rahul trusting his same XI means that there is no place for the likes for Krishnappa Gowtham and Ankit Rajpoot. Badoni’s heroics meant that 22-year-old is way ahead in the pecking order and Gowtham is perhaps staring at another season warming the bench.

Rajpoot on the other hand could add a different dimension to the bowling attack, but Mohsin being a left arm pacer, should be given a longer rope in the side.