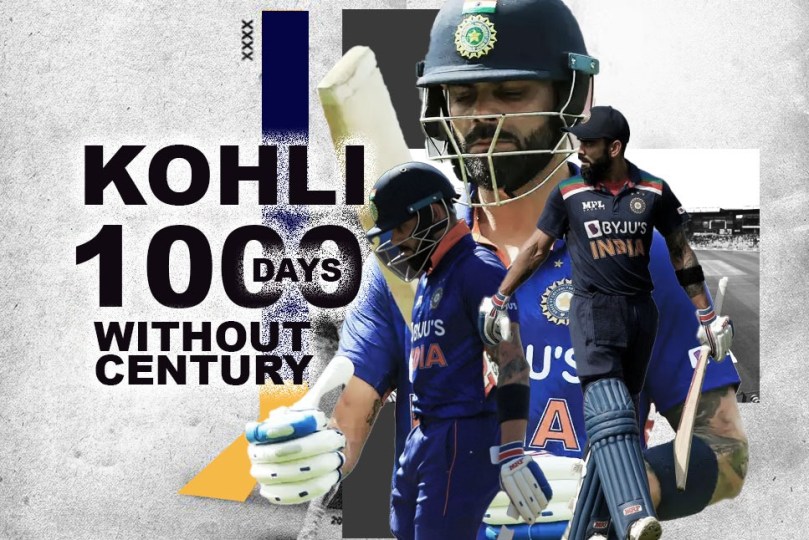 Virat Kohli 1000 Days without Century: Virat Kohli Century Drought – A day after Virat Kohli celebrated his 14 years in India colours, he has now an embarrassing record to his name. He has gone a thousand days without scoring a century. Kohli has reached an embarrassing landmark on Friday. The last time he scored one was back in 2019, on November 23 against Bangladesh at Eden Gardens. Follow Asia Cup 2022 LIVE Updates on InsideSport.IN.

Since then, his career has taken a nose-dive. But with Asia Cup 2022 around the corner, he is aiming to bounce back and has begun preparations already. The startling fact is that, no former greats have gone without scoring a century for 1000 days. Sunil Gavaskar, Sachin Tendulkar, Rahul Dravid and Ricky Ponting all had lean patches but no one spent a thousand days without scoring a century.

Asia Cup 2022: After Virat Kohli’s mental health comment, player’s manager says ‘he has spoken openly on mental challenges of playing at highest level, never shied away from admitting it’ 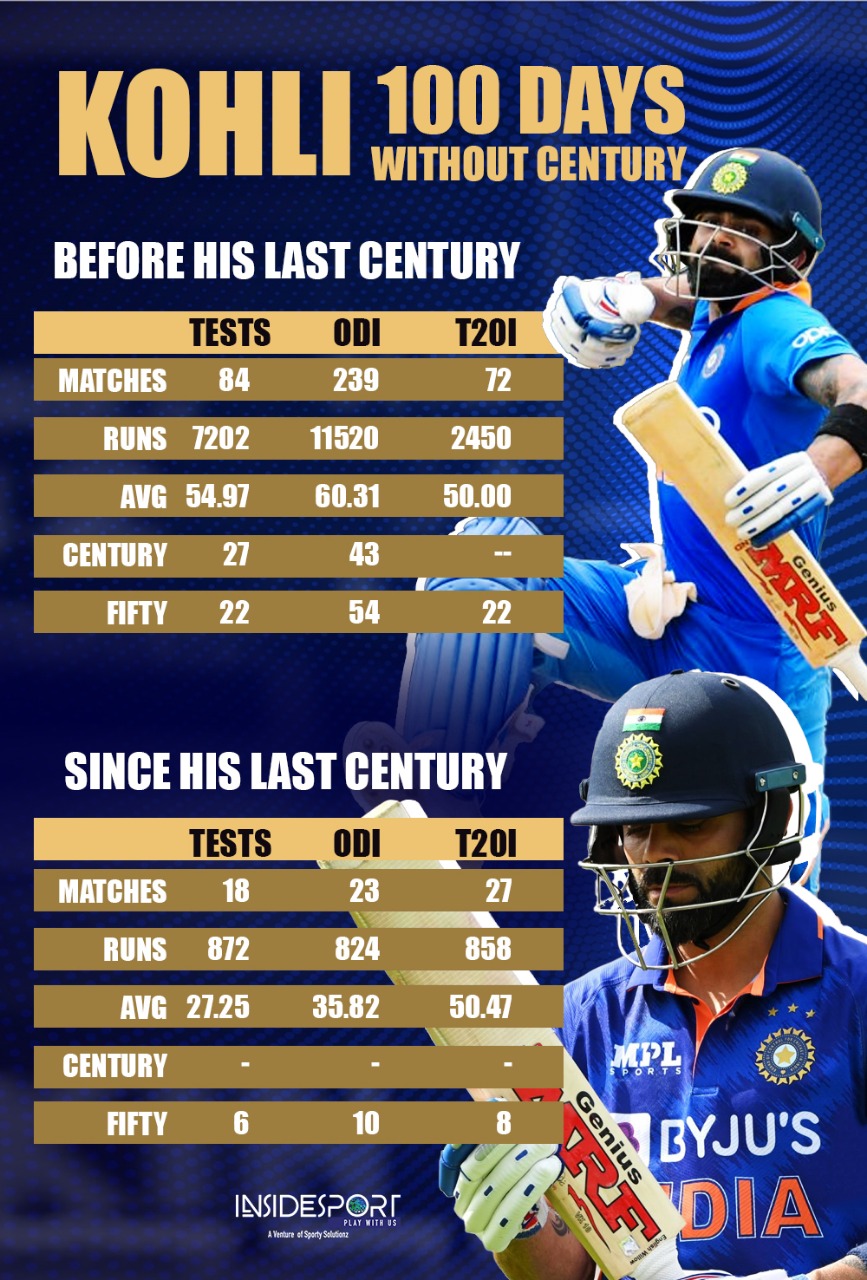 Since making his debut on 18th August 2008, Kohli scored at a rapid pace, breaking all records on his way to being crowned the King of Indian cricket. While he was destined to eclipse Sachin Tendulkar’s 100-century record, it now seems like a distant dream. He is still stuck at 70 but even then, no active cricketer is even close to that mark.

Virat Kohli 100 Days Without Century: Before his last century

Virat Kohli 100 Days Without Century: Since his last century

Virat Kohli 100 Days Without Century: What has gone wrong with Kohli?

What’s next for Kohli? – While he is no longer the KING, he is still the wounded lion who is aiming to strike as soon as he can. He has completely changed his routine, introducing low sugar diet to his vegetarian diet plans. Furthermore, he has emphasised on upper body strength to play shots more freely in T20s.

However, he has not sought any help from former greats. While he was seen speaking to Brian Lara during IPL and discussing his shots, unlike last time (2018), he hasn’t asked Sachin Tendulkar for help. Instead, he has taken the spiritual route.

As per former cricket greats, it’s more to do with Kohli’s mental block rather than his technique. Kohli is working on that aspect with meditation while Team India have also roped in mental conditioning coach Paddy Upton, whose work did wonders for the team earlier.

The month-long break and spending time with family is likely to help. The former Indian captain has already begun practice at the BKC Complex in Mumbai and will be roaring to get back to his form.