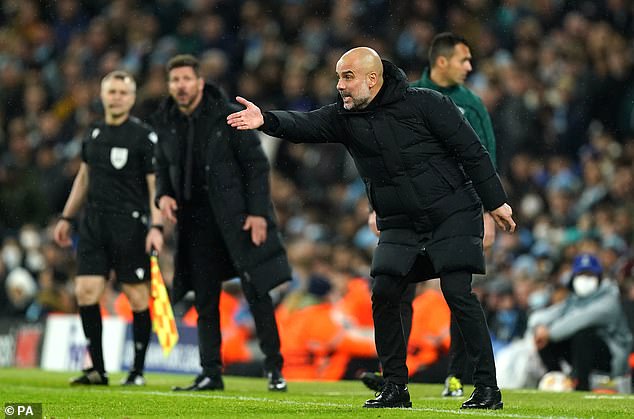 ‘Proud… in love with your story since pre-history’: Atletico Madrid captain Koke fires back at Pep Guardiola’s jibes about their ‘prehistoric, 5-5-0’ tactics as Diego Simeone’s side get fired up for next week’s second leg

Guardiola vented his frustration after City’s 1-0 win over Atletico Madrid by saying it is very difficult to attack against ‘two lines of five’, a defensive tactic devised by boss Diego Simeone, who has long prioritised making his side very hard to beat over the stylish football synonymous with Guardiola.

Koke responded furiously to Guardiola’s comments by saying he is ‘proud’ of Atletico Madrid and that he ‘loves’ the history of the club regardless of their defensive structure.

Pep Guardiola vented his frustration at Atletico Madrid’s formation on Tuesday evening, saying it is very difficult to attack against a 5-5-0 formation, even in ‘prehistoric’ times 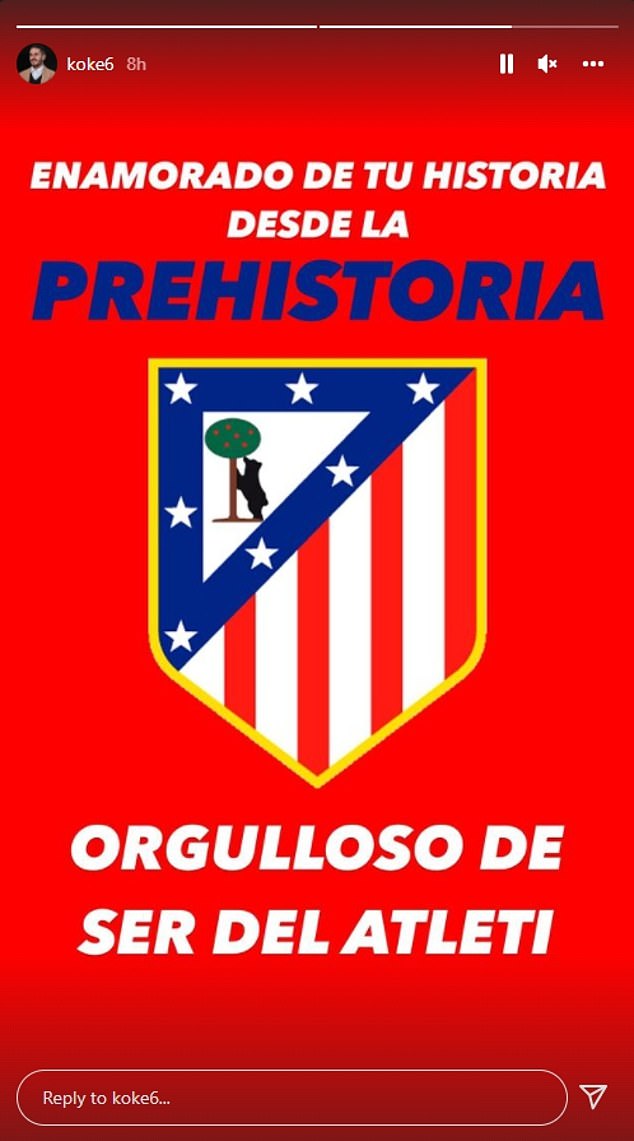 Koke responded saying: ‘In love with your story since prehistory. Proud to be from Atleti’

Guardiola shared his thoughts on Atletico’s tactics after the game by saying: ‘He [Simeone] has put [Antoine] Griezmann on the far right and Joao Felix on the far left, and they have gone 5-5-0. Two lines of five.

‘And in prehistory, today and in a hundred thousand years, attacking a 5-5 is very difficult. It is that there is no space. Apart from the fact that they are very competitive and defend very well, there is no space.’ 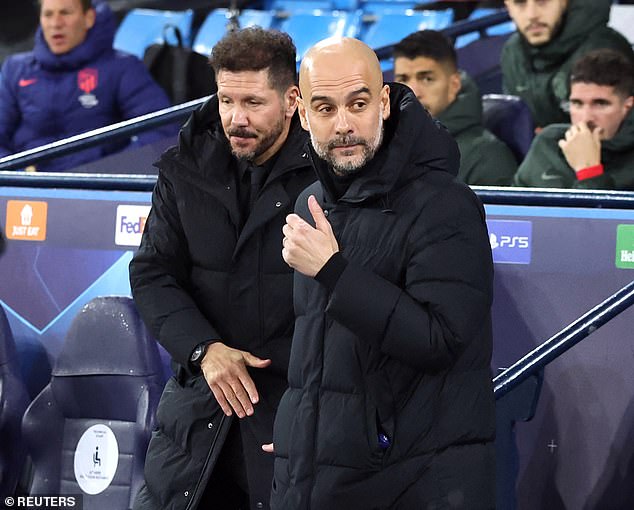 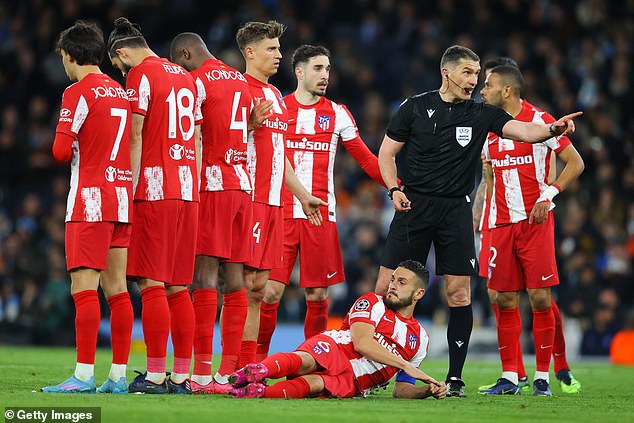 Guardiola’s comments did not sit well with Koke, who took to Instagram to respond furiously.

He shared a photo of the Atletico badge on his Instagram story with the following caption: ‘In love with your story since prehistory. Proud to be from Atleti’.

Guardiola expects Atletico – who did not register a single shot on goal – to play more attacking football next week.

Although Simeone maintained his team should not be ’embarrassed’ to defend resolutely.

He said: ‘Difficult game, very difficult, against an extraordinary team, which plays very well, which achieves based on the great individualities that being a great team has. We wanted a close game and go on the counter-attack.

‘In the first half we couldn’t get out although they didn’t shoot on goal. In the second half when we were in more danger, they found a goal.

‘A very well-played game in what everyone is looking for. They are winning 1-0, with great enthusiasm and trying to get through the tie’

When questioned about his formation, Simeone said: ‘We played an extraordinary opponent. The stats speak for themselves. They are very dynamic.

‘We want to go through with the tools at our disposal that we have. We defended really well, a massive collective effort. We could’ve attacked a bit better on the counter attack.

‘Let’s see if we can have the ball a bit more and create more difficulty for our opponents but that comes with being calm and having the collective defensive effort. I’ve been shown how to compete until the end in any way you can.’

Atletico goalkeeper Jan Oblak added: ‘You don’t have to go crazy because it’s a long game. You have to be cold-blooded and take the chances that we are going to have.

‘Any team who played here today would have played the same as us. Give them space and they can punish you. In Madrid we’re going to have to do that bit more offensively. That is the only way we can go through.’ 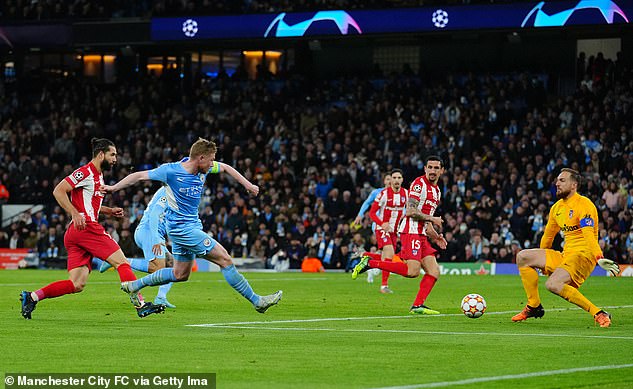 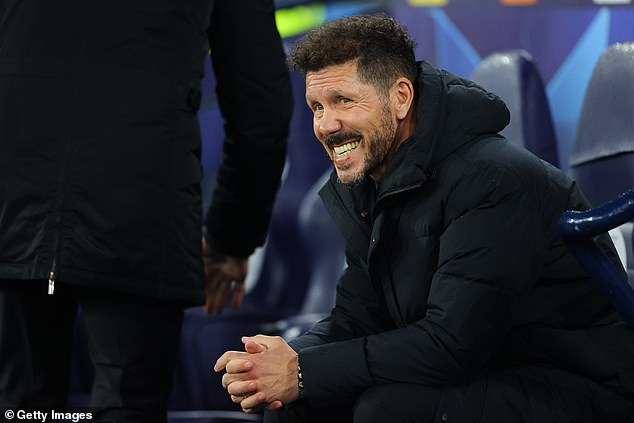