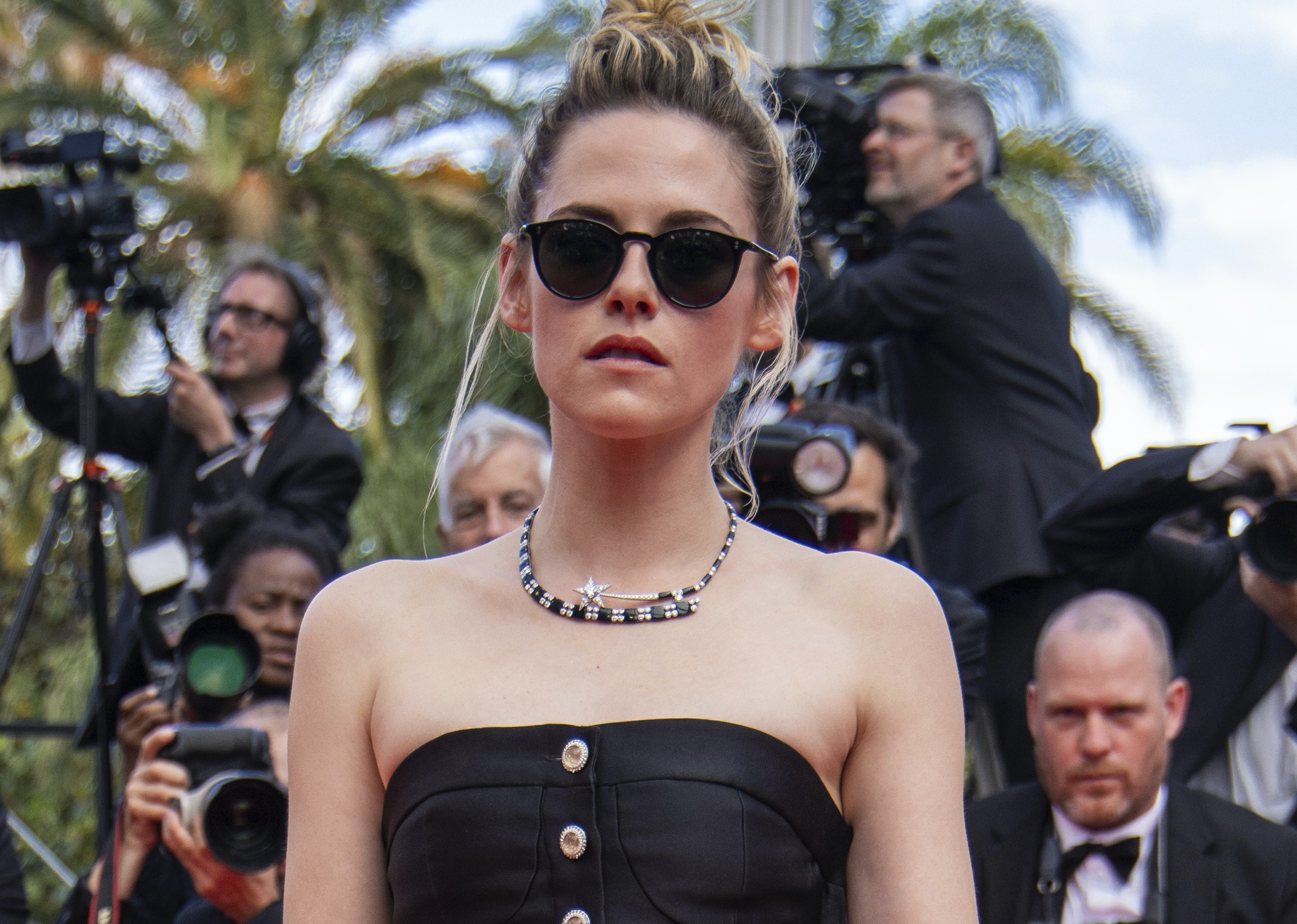 As a Chanel ambassador, Kristen Stewart naturally has an affinity for the luxury brand — and who can blame her. For the star’s third red carpet appearance during the 2022 Cannes Film Festival in France, the 32-year-old actress wore the chic label, which was expected given that she wore Chanel to the two previous Cannes events. If it ain’t broke, don’t fix it.

While attending the Cannes screening of “The Innocent (L’Innocent)” on May 24, Stewart wore black tweed Chanel trousers with a slightly flared cut and high waist. She paired the bottoms with a strapless and sleek black Chanel bustier with eye-catching button detail. For footwear, Stewart wore patent leather quilted open-toe pumps with a nearly 5-inch heel.

Stewart accessorized the look with Oliver Peoples O’Malley black sunglasses and a diamond and black gem choker with a star detail around her neck. She kept her makeup simple, as usual for the star, pulling her hair into a messy top knot with tendrils of hair hanging down.

Stewart is at Cannes promoting the upcoming release of her film “Crimes of the Future,” a horror film set to be released in June. Stewart has been frequenting festival events for the past two days, almost solely wearing Chanel looks the entire time. For a May 24 “Crimes of the Future” photocall, the actress wore a red Chanel tweed suit and black leather Casadei platform boots.

For the debut screening of the film on May 23, Stewart wore another Chanel look which featured a glittering black long-sleeve crop top with textured accents in blue, green, purple, and gold. She paired the mock neck top draped silk white midi skirt with a low-angled waistline, and black pointed stilettos.

The Cannes Film Festival celebrates and previews upcoming international films. Held annually on the French Riviera, this year’s festival, which runs May 17-28, will see a return to its standard live format for the first time since 2019 — though Russians with government ties have been banned from attending in solidarity with Ukraine during the ongoing war. On the starry front, the 2022 Festival will host more Hollywood-focused films than it has since 2019, where highly anticipated movies “Top Gun: Maverick,” “Elvis” and “Armageddon Time” will be shown. Additionally, the prestigious Palm d’Or award, the Festival’s highest prize, will be judged by a jury led by actor Vincent Lindon.