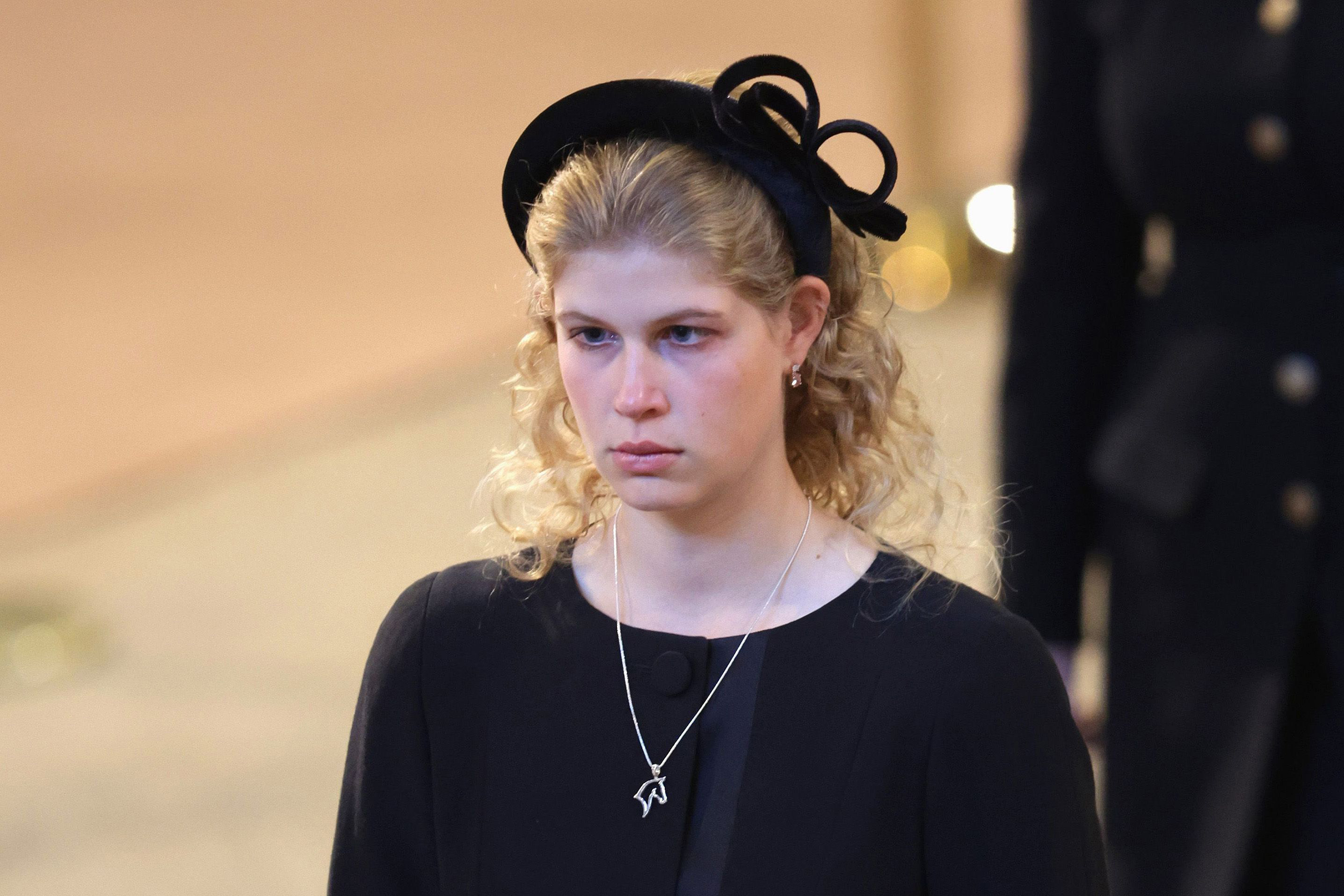 Lady Louise Windsor and her brother, James, Viscount Severn, gathered with their cousins at today’s vigil around Queen Elizabeth II’s coffin to pay their respects to the late monarch. The ceremony was held at Westminster Hall in London, where the Queen is currently lying in state.

The eldest child of Prince Edward and Countess of Wessex Sophie wore somber attire to honor her late grandmother. She donned a black midi dress, black pumps, and black tights, following the royal tradition of wearing stockings to royal events. Louise also wore a gold necklace with a horse pendant to honor her grandmother. Queen Elizabeth II always loved horses and made her passion public during her lifetime. At the time of her death, the late monarch reportedly owned more than 100 horses.

Louise accessorized her outfit with a black velvet headband with flower detailing.