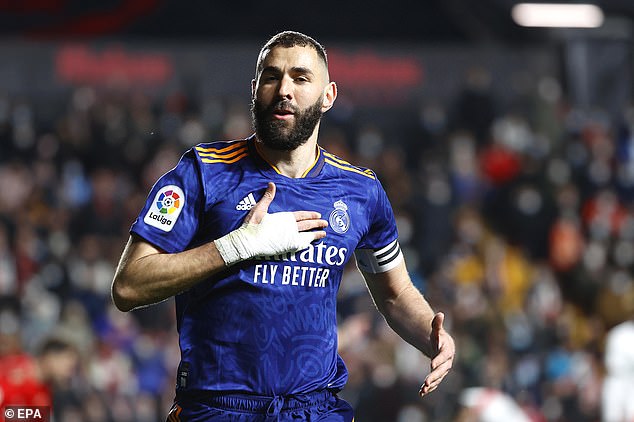 By Pete Jenson for the Daily Mail

The dynamic duo struck again to send Real Madrid nine points clear at the top of La Liga. Karim Benzema and Vinicius combined brilliantly with seven minutes left and Benzema got his 19th goal of the season.

The goal was enough to win the game although Carlo Ancelotti will be just as grateful to his goalkeeper Thibaut Courtois. He made several vital saves as Madrid came out on top in a difficult derby.

The goal came on 83 minutes with Benzema and Vinicius playing two wall passes inside the Rayo Vallecano before the Frenchman’s finish. 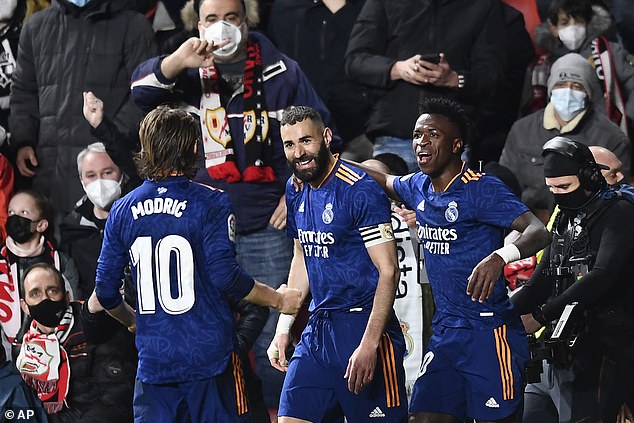 Madrid had threatened as early as the first minute when Dani Carvajal teed-up Marco Asensio but Luca Zidane saved his effort brilliantly.

Vinicius was next to go close shooting just over but Real Madrid did not have it all their own way and Bebe, making a rare start, shot just wide.

Sergi Guardiola headed goalwards and Courtois made his first important save as Rayo stayed on the attack. Asensio then drew a brilliant save from Zidane who tipped his effort over.

Real Madrid then had the ball in the back of the net through Casemiro before the break. But celebrations for what would have been his first goal of the season were cut short because the midfielder had been offside. 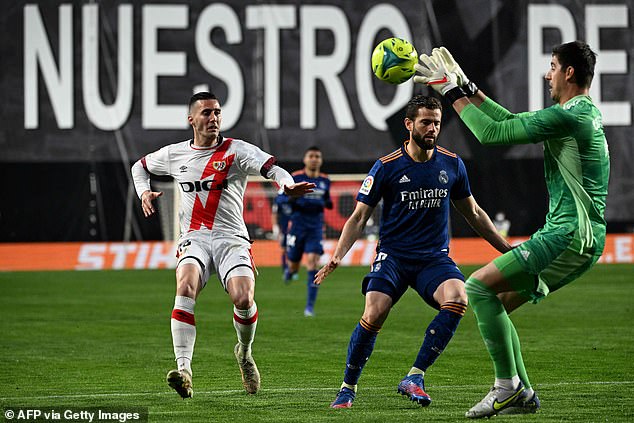 When Zidane saved again, this time from Benzema, Rayo were happy to go in at the break on level terms.

At the start of the second half it was Courtois who was the busier keeper tipping Mario Suarez header from a corner over.

Luka Modric then shot on to the post after substitute Fede Valverde put him through. The Croatian midfielder was denied by Zidane. 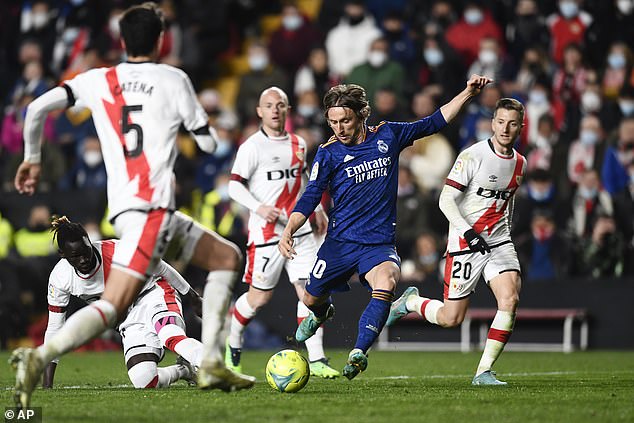 Courtois then produced a superb double save to keep things at 0-0. First he blocked Oscar Trejo’s shot with his legs and then he denied Alavro Garcia as he tried to finish the rebound.

That was the cue for Real Madrid to go down the other end and take all three points. Once Benzema scored Rayo were never coming back. The early season high fliers have only scored two goals since the turn of the year and are now sliding towards the relegation battle.

For Madrid only their own complacency can prevent them finishing the course this season. If Sevilla slip up in Sunday’s derby against Betis then that nine point gap will remain with 12 games left.