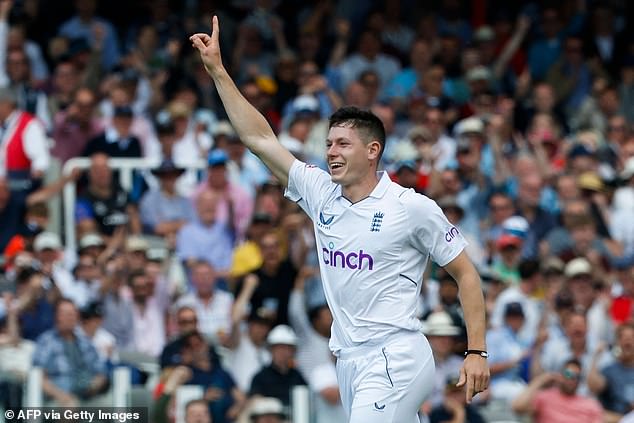 As James Anderson and Stuart Broad began leaking runs after lunch on the first day of the Test summer, a question arose that few would have predicted a couple of weeks ago: why not throw the ball to Matt Potts?

It was hardly outrageous that England’s two greatest wicket-takers were in harness. Anderson was striving for another five-wicket haul on his Test comeback.

Meanwhile, Broad had played his part in New Zealand’s early capitulation with the wicket of Devon Conway – scorer of a double-century here on debut a year ago. 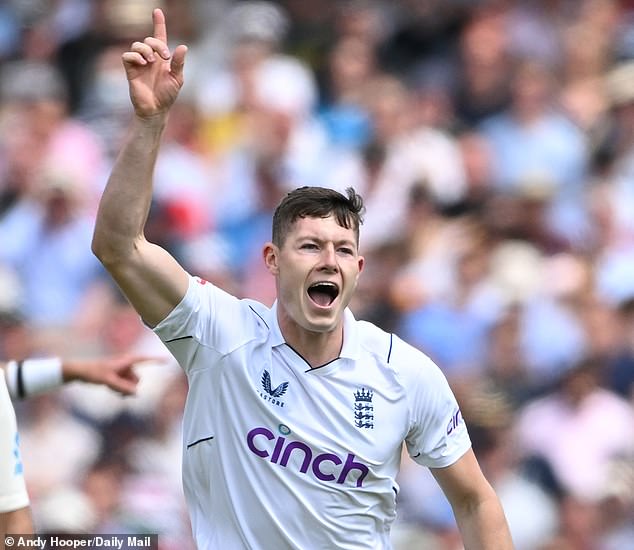 But Potts was twiddling his thumbs in the outfield with figures of 8-4-8-3, having disposed of Kane Williamson, Daryl Mitchell and Tom Blundell. Before this game, the sum total of his experience at Lord’s had been four sets of five (the Hundred doesn’t do overs) for Northern Superchargers.

Now, on Test debut, he was treating the fabled slope like an old friend. Stunned, New Zealand went into the break at 36 for six, looking anything other than world Test champions. Still, the first hour after lunch did not all go England’s way.

At that point, he had figures of four for eight, and was heading for one of the honours boards’ more memorable inscriptions. Had Stokes not ordered him off because he was suffering cramp in his left leg, he might now be up there in lights.

No matter. It took a lot to overshadow the return from selectoral purdah of Broad and Anderson – and Potts managed it. 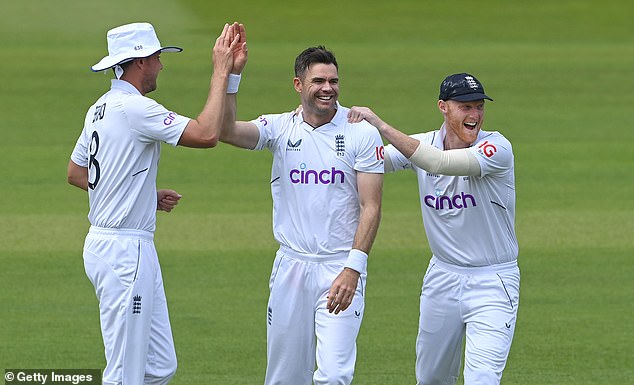 His ascent to Test cricket was helped by injuries to Chris Woakes and Ollie Robinson, but close observers of Durham this season will tell you that England’s hand has been forced to their advantage.

Potts’s haul of 35 county championship wickets – five clear of anyone in the country – includes six-fors against Leicestershire, Nottinghamshire and Worcestershire, and a seven-for, as well as 11 wickets in the match, against Glamorgan.

And it was that last game, at Chester-le-Street in the middle of May, that persuaded Stokes of his worth. ‘He turned up on day four with a bit of a stiff side,’ said England’s new captain.

‘Someone in his situation, with Test selection coming round the corner, could have just sat back and said: “No, I am going to look after myself here.” But he didn’t. He ran in and won the game for Durham.’

And while bowlers up and down the country have found themselves hindered by a combination of flat pitches, good weather and a dodgy batch of Dukes balls, Potts has taken his wickets at 16 apiece. 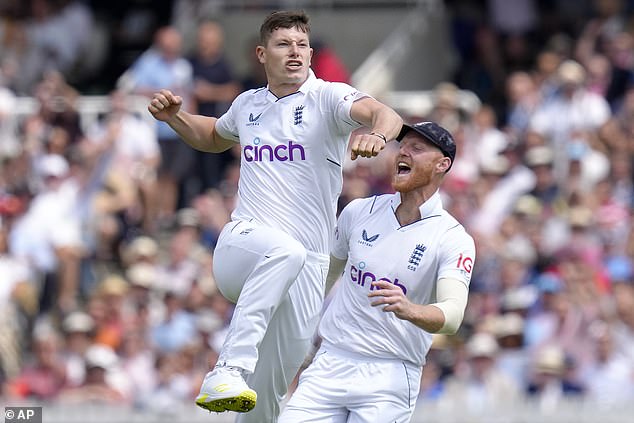 After being handed his first cap by Steve Harmison – honorary chief operating officer of the North-East’s fast-bowling conveyor belt – he was into the action as early as the 10th over, with New Zealand already 12 for three but Kane Williamson, their captain and batting gun, at the crease.

His first four balls were accurate, probing and in the low 80mphs. His fifth measured 85mph and drew the usually unflappable Williamson into an indiscretion outside off stump. Ben Foakes did the rest, diving low to his right.

As England celebrated, Stokes resembled a proud father. Potts was just warming up.

In his fifth over, he found extra bounce to have Daryl Mitchell playing on, and in his seventh he bowled Blundell, who changed his mind too late about leaving the ball alone and lost his off stump to a delivery that held its line up the slope. It was high-class stuff from a 23-year-old playing only his 25th first-class match.

Above all, he looked the part. Like Scott Boland, the Australian seamer who took six for seven against England on Test debut over the winter, he was full of energy, hustle and bustle. As Stokes put it on the eve of this game: ‘He’s an athlete, and everything I expect this team to be.’ 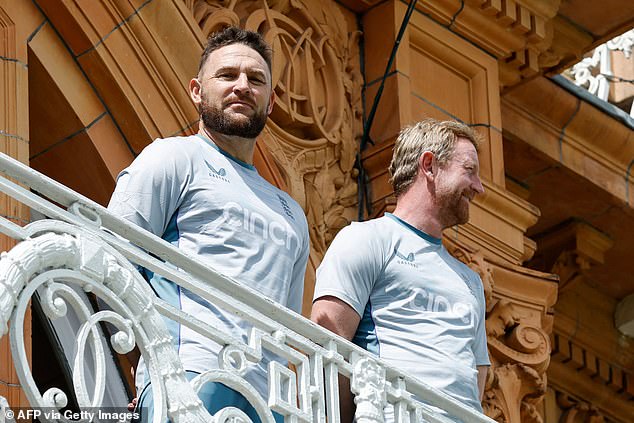 But if Potts proved a quick learner at the highest level with the ball, he also played an effortless part in an age-old England phenomenon – the batting collapse.

Coming out at No 8 at the start of a worryingly long tail, he was bounced out for a second-ball duck by Trent Boult. If anyone encapsulated England’s Jekyll and Hyde day, it was Potts.

Later, he spoke with endearing breathlessness about the madness of it all. ‘We’ve kind of had an eventful day,’ he said. ‘We’ve come to entertain and it’s been an entertaining day. It’s one that I’ve thoroughly enjoyed. I know the team’s enjoyed it.’

For England’s new attack-minded coach Brendon McCullum, that was presumably music to his ears.