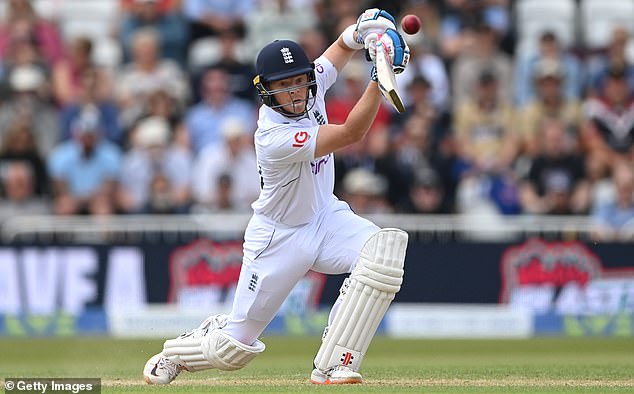 When Ollie Pope scratched around for scores of seven and 10 in the first Test at Lord’s, it was widely agreed his promotion to No3 might have been one piece of Brendon McCullum alchemy too many.

England’s new Test coach spoke before this series about ‘unlocking’ talent, as if he possessed some magic key. But as Pope, 24, walked off to a standing ovation in Nottingham with a career-best 145 to his name, you did begin to wonder.

On one level, Pope made the most of the circumstances. Trent Bridge was flat and Daryl Mitchell at first slip had given him a life on the second evening when he had 37. But few big innings are immune from good fortune. Something more profound seemed to be going on.

McCullum’s belief in Pope’s talent cannot be downplayed — the idea he makes his charges feel 10 feet tall has quickly become a cliche of the new era. But just as crucial have been the interventions of Ben Stokes and Joe Root, captains present and past.

When Stokes took over, he made it clear he wanted Pope in his side. And with the middle-order slots of four, five and six earmarked for Root, Jonny Bairstow and Stokes, that left Pope with only one option: No3, where he had never batted for Surrey or England.

Critics feared he would suffer from vertigo, not least because the position requires the technique of an opener. Stokes, though, reasoned Pope’s success at No4 for his county ought to translate into success at No3 for his country. It was a show of faith that has been quickly repaid.

Then there was Root, who has had more time on his hands since he stepped down and has used some of it to work with the batsman earmarked not long ago as his successor. As he and Pope traded late cuts during a high-class third-wicket stand of 187 in 41 overs, it was occasionally hard to tell them apart. 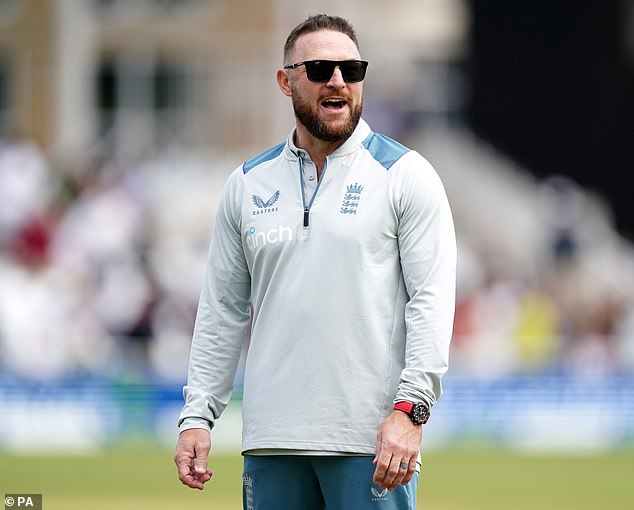 Above all, perhaps, Pope has absorbed the new dressing-room ethos: enjoy yourself.

Since making 135 not out at Port Elizabeth in January 2020, that enjoyment had been sporadic. Between that knock and this one, he had managed 686 runs in 33 Test innings at an average of 22, with only four half-centuries and 19 dismissals for 15 or fewer.

It is a sequence that would have cost others their careers. All the while, Pope was fending off criticism from former Test captains about his off-stump guard — an affront to batting wisdom, they said. In Australia last winter, he was all over the place at the crease, which seemed to confirm their point.

So while Pope theoretically began this series with the ‘blank slate’ promised to all the players by Stokes and McCullum, he was also carrying baggage.

Not the least of the accusations levelled at him was his excessive love of home comforts. Of his 13 previous first-class hundreds, nine had come at the Oval and another at nearby Guildford. 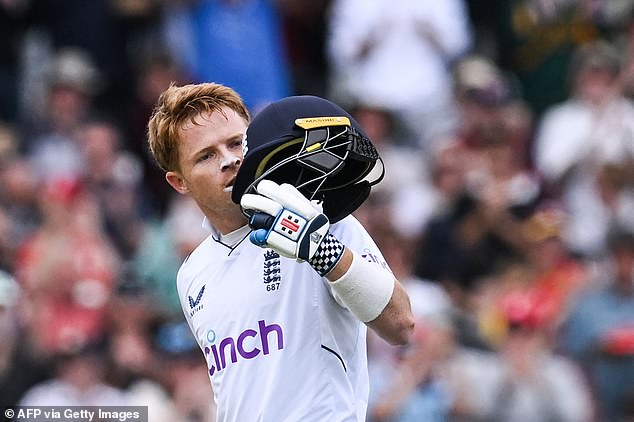 Since the other three had taken place in Southampton, Dubai and South Africa, this was the first century he had made north of the Thames. The third Test against New Zealand is at Headingley, so his next challenge will be to prosper north of the Trent.

But if the geography was unprecedented, the geology was not. Like the Oval, pitches at Trent Bridge allow batsmen to trust the bounce and to drive through the line.

Decades ago, Neville Cardus called it a ‘Lotus-land for batsmen, a place where it’s always afternoon and 360 for two wickets’.

Other than the 1980s, when Richard Hadlee and Clive Rice exploited gift-wrapped greentops to bowl Nottinghamshire to a couple of county championship titles, little has changed.

Pope had begun to assert himself on the second evening. Having inched to 11 from 45 balls, he plundered 39 off his next 21 and took a special liking to Matt Henry, who disappeared for a pair of sixes. 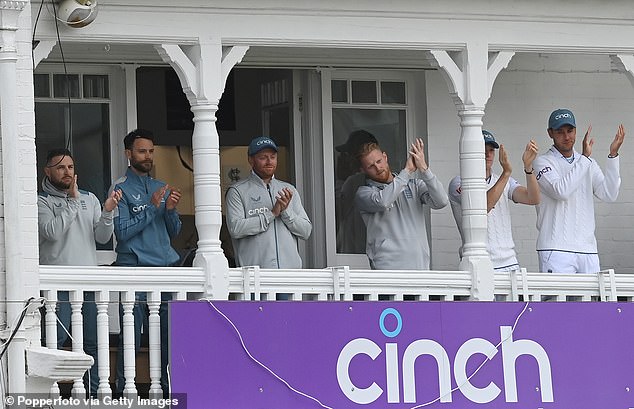 Up on the balcony, England captain Ben Stokes stood front and centre to lead the applause

His fluency spilled into the third morning, when he eased Trent Boult through the covers, then timed Henry off his pads for four more.

Boosted by four overthrows from Michael Bracewell in the first over after lunch, he was soon bringing up three figures with a dab for four off Henry, then a push for two into the covers.

Up on the balcony, Stokes stood front and centre to lead the applause, his hunch vindicated, his pride visible. Since Alex Lees had earlier made 67, comfortably his best Test innings yet, the new captain might even have imagined the pieces were starting to fall into place.

As the crowd sang Pope’s name, he might have wondered whether this was the day it all changed.