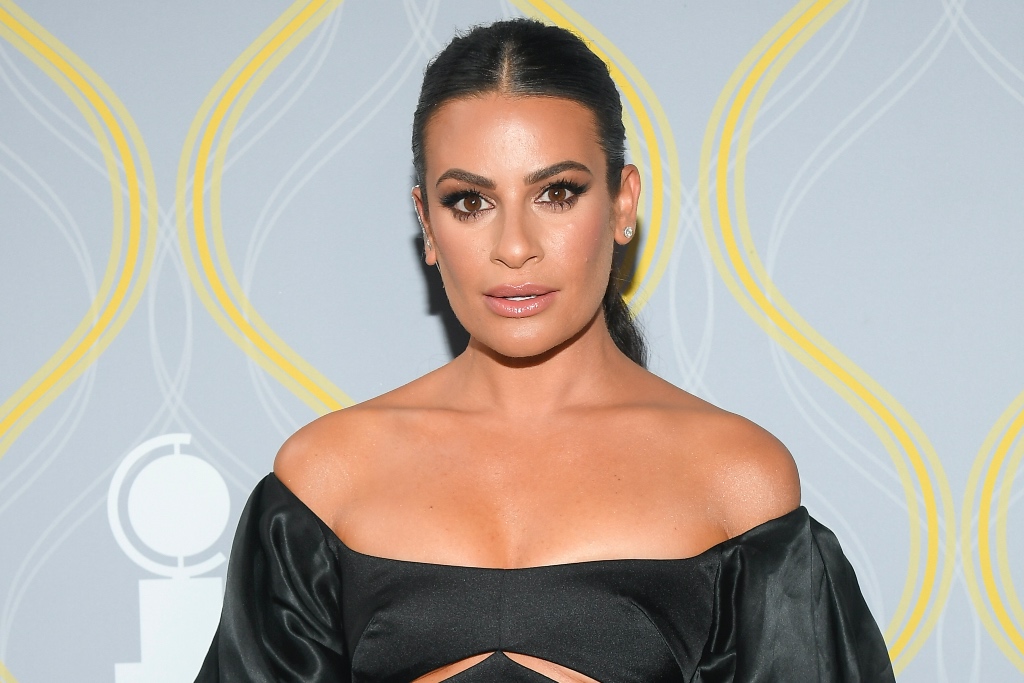 For footwear, Michele’s shoes weren’t visible beneath her gown’s long hem. However, it’s likely the actress wore a set of strappy or platform-soled sandals that coordinated with her gown’s dark tone. Both styles appeared to be some of the evening’s most popular, seen on Julianne Hough, Ariana DeBose and more stars on the red carpet.

Michele notably reunited with her original “Spring Awakening” and “Glee” co-star Jonathan Groff on the red carpet prior to the duo — and the rest of the original 2007 “Awakening” cast — performing a musical number during the ceremony.

The Tony Awards 2022, which celebrate the top theater performances on Broadway, was held at Radio City Music Hall in New York City and aired on CBS. The ceremony, hosted by Ariana DeBose, was preceded by the Darren Criss and Julianne Hough-hosted “The Tony Awards: Act One” on Paramount+, which introduced special performances.

The top nominations were led by “A Strange Loop (11), followed by “MJ” and “Paradise Square” with 10 nominations each, “Company” (9) and “The Lehman Trilogy” (8). The evening included performances from all six nominated shows for Best Musical (“Six,” “Paradise Square,” “MJ,” “Mr. Saturday Night,” “Girl From the North Country” and “A Strange Loop”), as well as “Company” and “The Music Man” revivals and Billy Porter, Bernadette Peters, The New York City Gay Men’s Chorus, and the original Broadway cast of 2007’s “Spring Awakening.”

In addition to the program’s traditional “In Memoriam” segment, the broadcast also included a tribute to the understudies and swings who worked throughout the 2021 Broadway season. Among the star-studded array of presenters were Andrew Garfield, Bowen Yang, Jessica Chastain, Jennifer Hudson, Cynthia Erivo, Vanessa Hudgens and Paris and Prince Jackson.