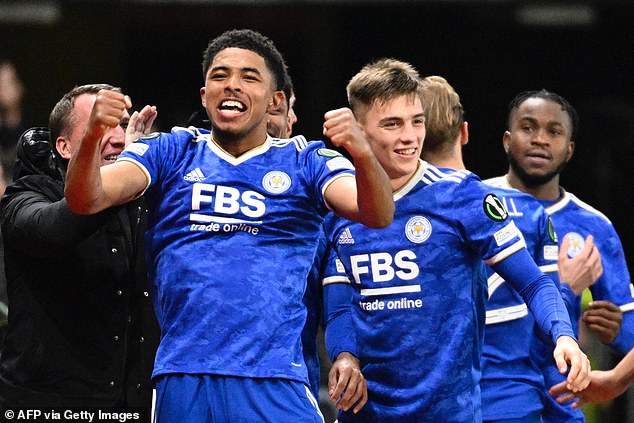 The defender – out for seven months with a broken leg – scored to help dump Rennes out, despite the Foxes losing 2-1 in France.

They squeezed through to the last eight 3-2 on aggregate after Flavien Tait won it for Rennes on Thursday. 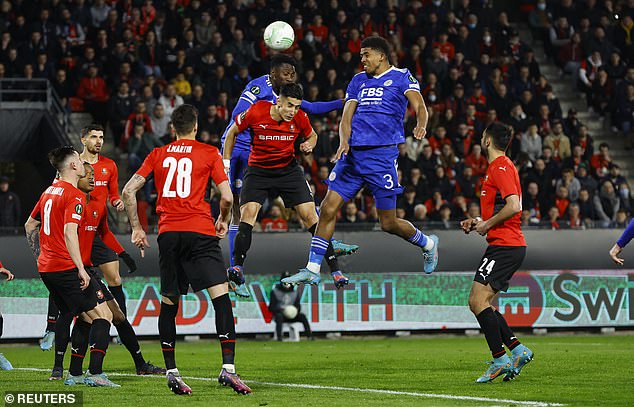 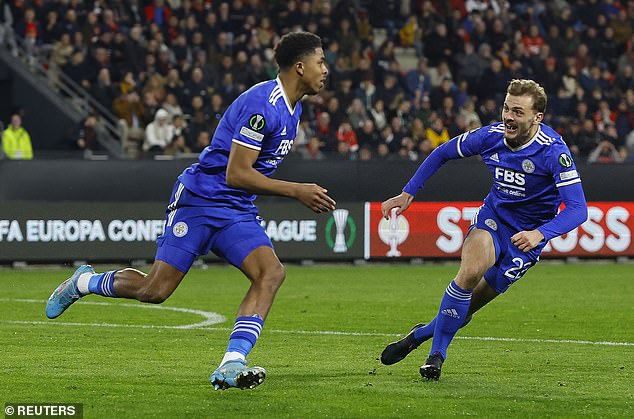 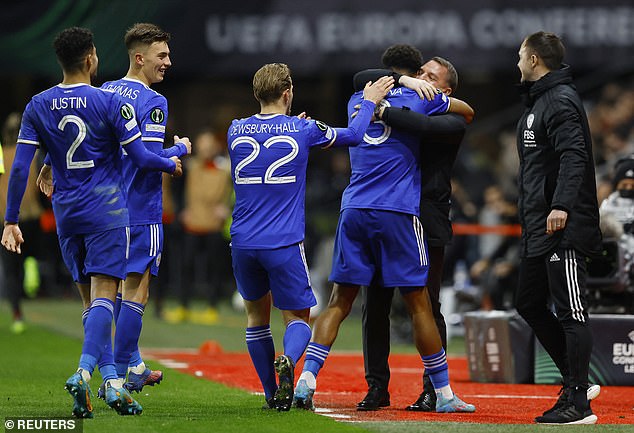 Man of the Match: TBA

Fofana cancelled out Benjamin Bourigeaud’s early opener and Leicester were indebted to Kasper Schmeichel’s save to deny Serhou Guirassy as they survived Rennes’ desperate late charge.

Leading 2-0 from last week’s first leg boss Brendan Rodgers was aware of the need to ride out the expected early storm after Rennes struck twice in the opening 15 minutes in Sunday’s 4-2 win at Lyon.

Yet the Foxes were unable to kept the hosts out and it was Bourigeaud – who also scored Rennes’ opener at Lyon – who did the damage after eight minutes.

Martin Terrier was given too much space on the left with James Justin dragged inside and his low cross was bundled in by Bourigeaud from close range. 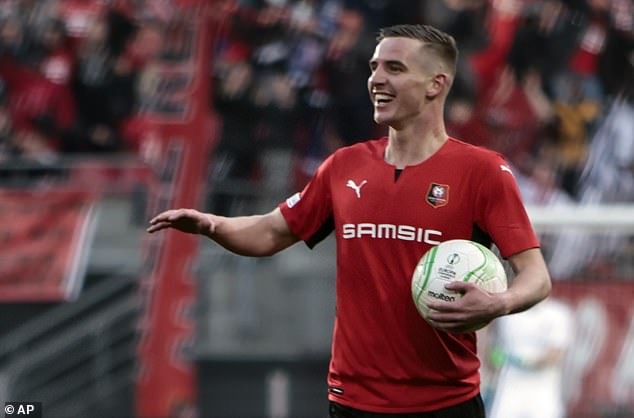 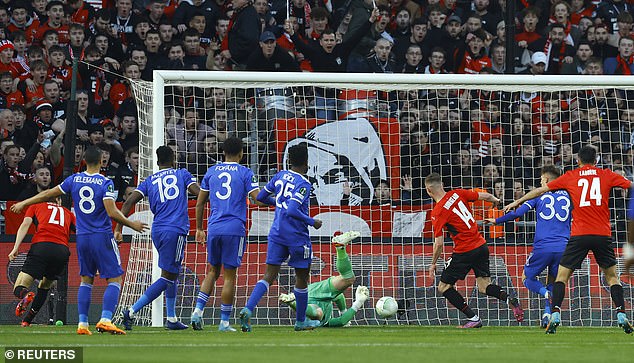 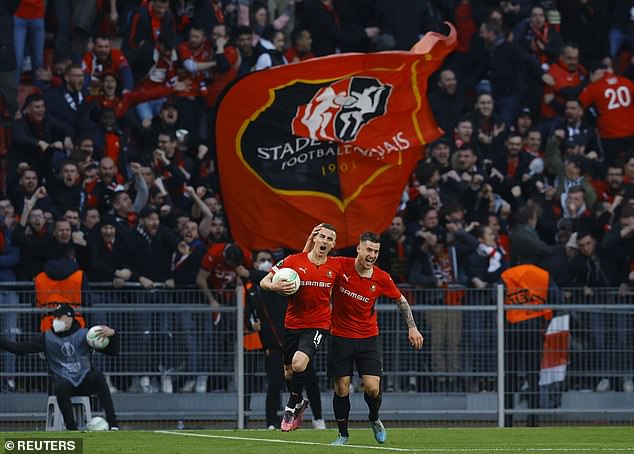 The Foxes lost Marc Albrighton to injury as a difficult start got worse and they blew a fine opening to level on the night after 16 minutes.

Harvey Barnes found a way into the area but his weak effort was saved by Dogan Alemdar and Kelechi Iheanacho was unable to turn in the rebound.

It had been a frenetic opening but the Foxes eventually settled with the returning Forfana, who suffered his horrific broken leg against Villarreal in August, impressing in defence.

Rennes, fourth in Ligue 1 and chasing the Champions League, had enough bite to threaten the visitors but failed to build on their early advantage. 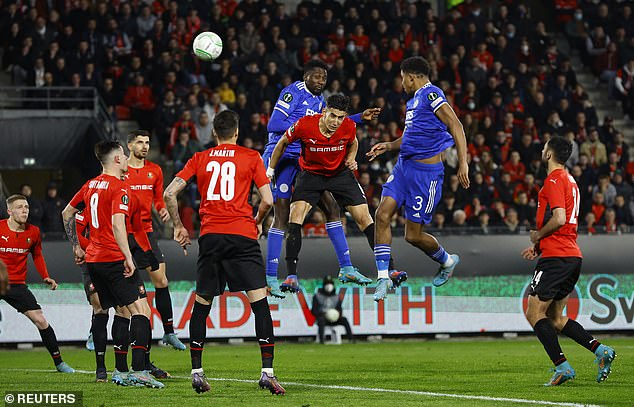 However, it was then Fofana’s turn to dream as he headed in his first ever goal for Leicester 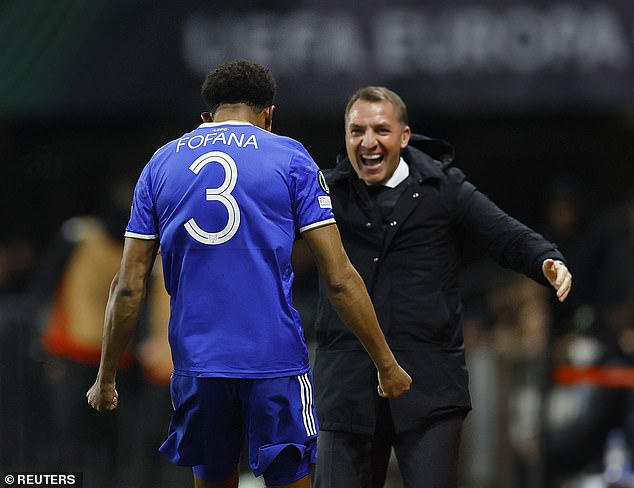 It allowed the Foxes to emerge for the second half with renewed purpose and it took them just six minutes to level.

They still had time for Daniel Amartey to miss a brilliant chance when he planted an unmarked header too close to Alemdar, Rennes’ third choice, who turned behind.

But from the resulting corner Leicester restored their two-goal aggregate advantage when Fofana glanced in Ademola Lookman’s delivery.

He celebrated by embracing boss Rodgers before being mobbed by the bench and the squad, 225 days after his horror injury. 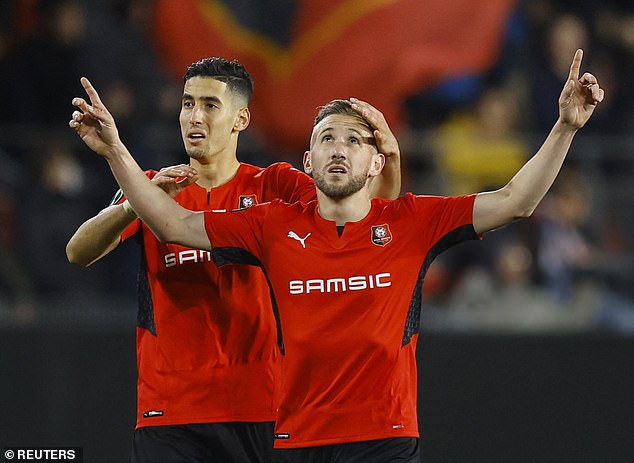 Rennes responded, scoring their second of the night to make it a one-goal deficit once again 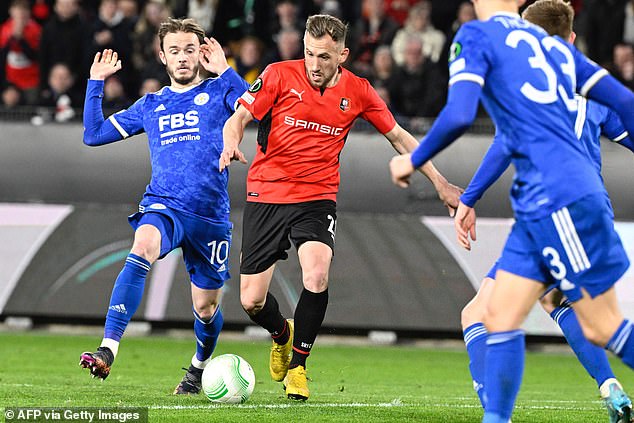 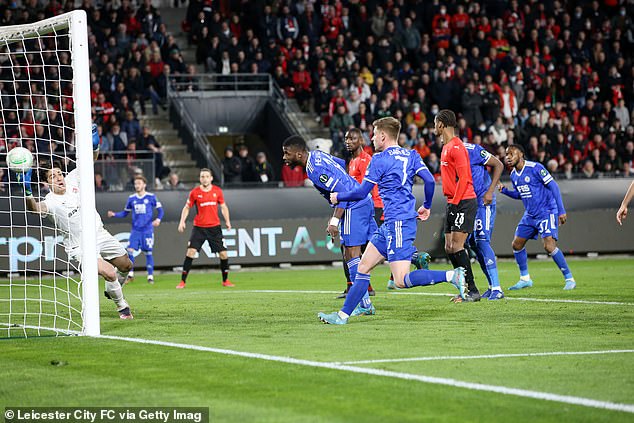 Leicester’s injury-list grew with Wilfred Ndidi limping off, to be replaced by James Maddison, after a brave tackle on Gaetan Laborde but it did not break their resolve.

Rennes needed two goals to send the game to extra time and they survived with 17 minutes left when Iheanacho’s header was ruled out for offside.

The hosts then made the most of the reprieve when Tait gave them the lead on the night two minutes later.

Adrien Truffert skipped between Justin and Lookman to cross for Guirassy and he teed up substitute Tait to curl into the bottom corner from 15 yards.

It sparked an onslaught from the hosts and only Schmeichel’s brilliant save from Guirassy with five minutes left sealed Leicester’s progression. 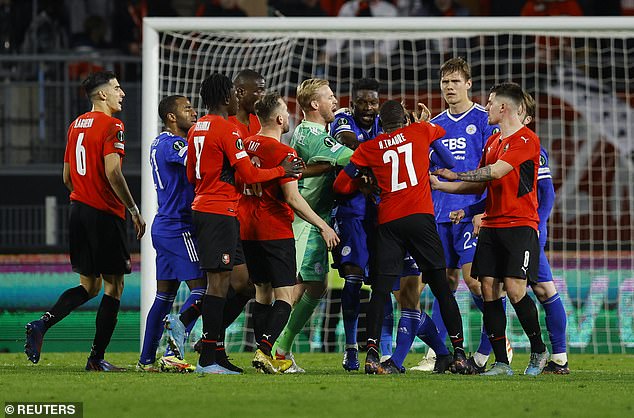 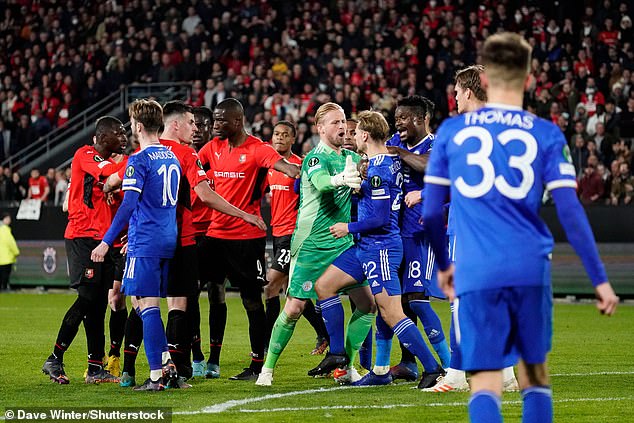 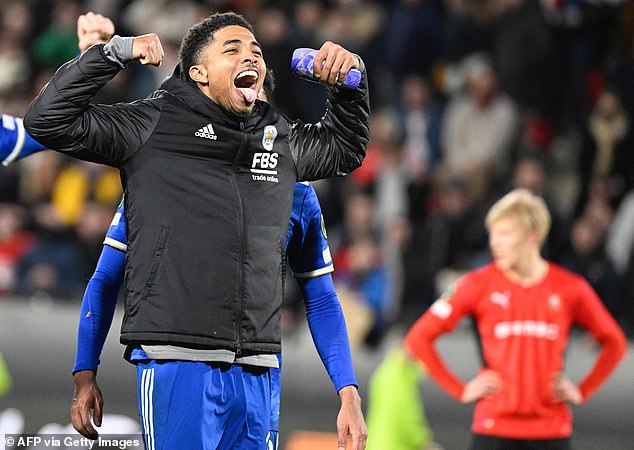