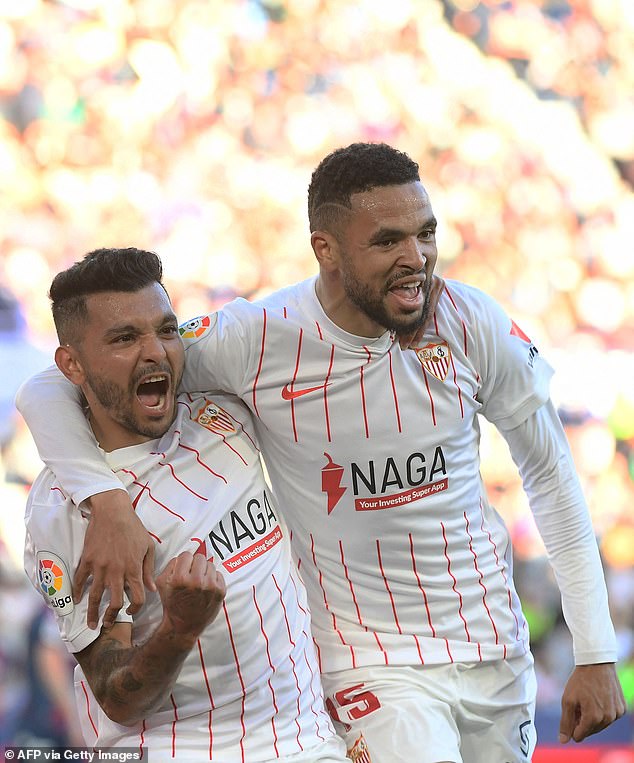 The visitors opened the scoring in the 14th minute when Lucas Ocampo’s cross was headed home by Jesus Corona.

Levante levelled five minutes later from the penalty spot after the VAR spotted that Diego Carlos had handled in the area.

Corona scored his second goal to restore Sevilla’s lead in the 27th minute.

Ocampo was again the provider with a cross which was poked home by Corona from close range. 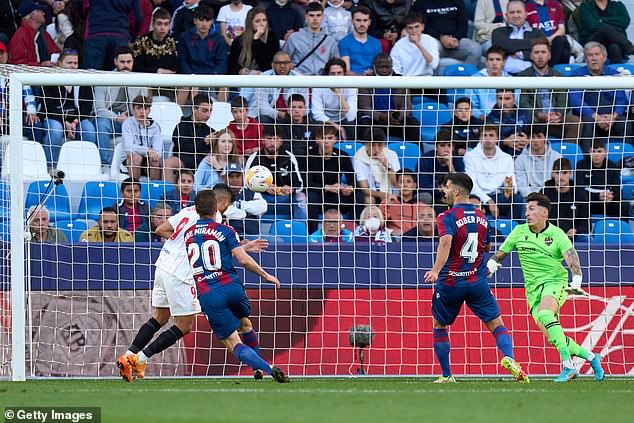 Levante were awarded a second penalty after Nemanja Radoja was brought down by Marcos Acuna in the box.

But Morales missed and Sevilla scored a third a few minutes later with a header by Jules Kounde.

Roberto Soldado’s strike set up a nervy finale but Sevilla held on for a vital victory. 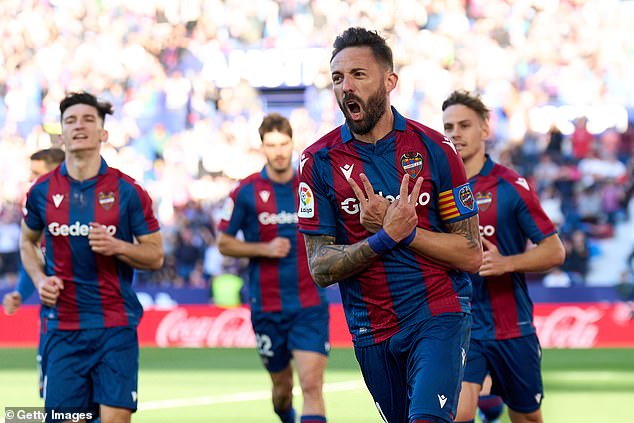